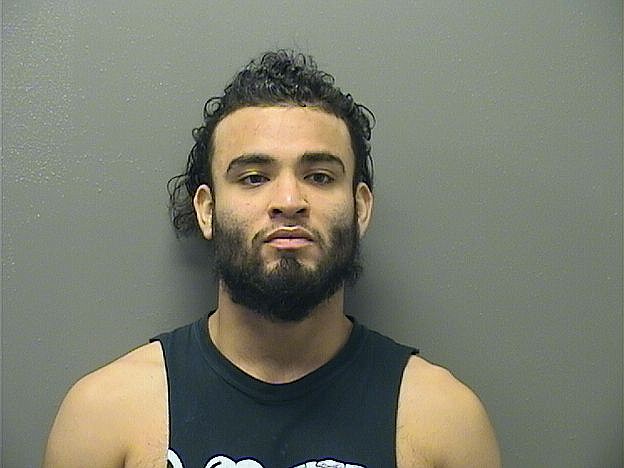 A Little Rock man allegedly driving a stolen van who fled from Garland County sheriff's deputies early Friday reportedly tried to hit one deputy's vehicle three times during the pursuit before wrecking, according to an affidavit obtained Monday.

Jorge Arturo Ponce-Garcia, 23, who lists a Little Rock address, was taken into custody shortly after 8 a.m. and charged with felony counts of theft by receiving, punishable by up to 10 years in prison, fleeing in a vehicle and aggravated assault, each punishable by up to six years, and misdemeanor counts of fleeing on foot, having an expired or no driver's license, speeding and reckless driving.

Ponce-Garcia, who lists no prior felony history, was also cited for three counts of driving left of center. He was being held on bonds totaling $25,000 and was set to appear Monday in Garland County District Court.

According to the probable cause affidavit, around 7:30 a.m. Friday, sheriff's Deputy Mason Robinson and Sgt. Jeremy Simpson were dispatched regarding a white 2007 Chevy Express Van reported stolen in Little Rock that was headed inbound on East Grand Avenue.

Robinson was notified the van had been seen passing Cutter Morning Star School District and then Simpson located it at the intersection of Spring Street and Westinghouse Road and attempted to make a traffic stop.

The van began fleeing from him at a high rate of speed headed east on Spring Street and deputies noted the driver was a white male wearing a dark hoodie and a dark beanie cap.

Mowery, who had his emergency lights activated, made an evasive maneuver to avoid the van, entering the oncoming lane. The van driver then crossed the centerline two more times trying to hit Mowery who again swerved each time to evade him.

As the van went under the overpass in the 3100 block of Spring, the driver crossed the centerline again and veered onto the north shoulder. As he attempted to regain control, he over-corrected and slid sideways into a utility pole at Spring and Old Church Road and overturned.

The driver jumped out and fled on foot before Simpson was able to get up to the van. Robinson arrived at the scene and began searching, and then he and a Hot Springs police K-9 officer began tracking the suspect.

The K-9 alerted at one point and the driver, identified as Ponce-Garcia, was found hiding in the woods just off East Grand and was taken into custody.

At the wreck scene, deputies found a wallet belonging to Ponce-Garcia just outside the driver's window and also found paperwork and other items in the van with Ponce-Garcia's name on them.

The owner of the van was contacted and stated his van was valued at $8,500.

The incident led to a brief lockdown of the Cutter Morning Star campus Friday morning. On its Facebook page, the school district posted, "out of an abundance of caution, CMS went on lockdown earlier this morning because of an issue local law enforcement was dealing with near campus. The students nor the staff were never in danger. We are off lockdown and back to a normal schedule. Safety is always our priority."