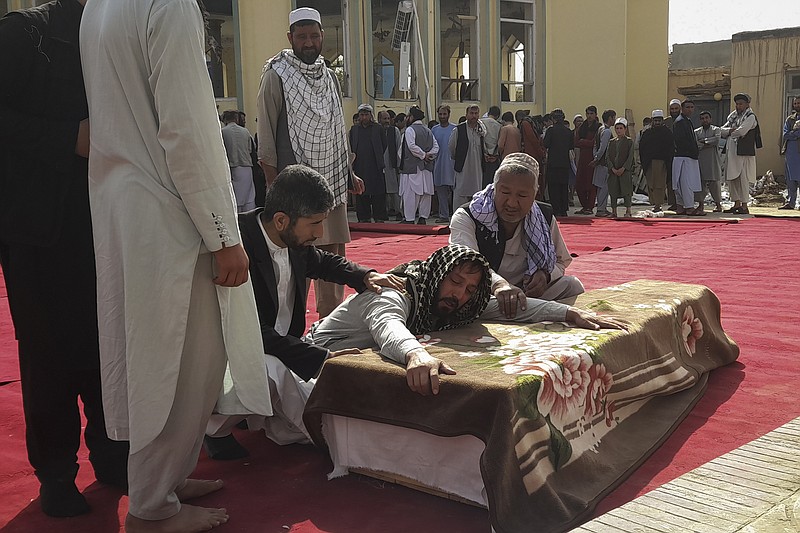 Relatives and residents attend a funeral ceremony for victims of a suicide attack at the Gozar-e-Sayed Abad Mosque in Kunduz, northern Afghanistan, Saturday. The mosque was packed with Shiite Muslim worshippers when an Islamic State suicide bomber attacked during Friday prayers, killing dozens in the latest security challenge to the Taliban as they transition from insurgency to governance. - AP Photo/Abdullah Sahil

ISLAMABAD -- The U.S. has agreed to provide humanitarian aid to a desperately poor Afghanistan on the brink of an economic disaster, while refusing to give political recognition to the country's new Taliban rulers, the Taliban said Sunday.

The statement came at the end of the first direct talks between the former foes since the chaotic withdrawal of U.S. troops at the end of August.

The U.S. statement was less definitive, saying only that the two sides "discussed the United States' provision of robust humanitarian assistance, directly to the Afghan people."

The Taliban said the talks held in Doha, Qatar, "went well," with Washington freeing up humanitarian aid to Afghanistan after agreeing not to link such assistance to formal recognition of the Taliban.

The United States made it clear that the talks were in no way a preamble to recognition of the Taliban, who swept into power Aug. 15 after the U.S.-allied government collapsed.

State Department spokesman Ned Price called the discussions "candid and professional," with the U.S. side reiterating that the Taliban will be judged on their actions, not only their words.

"The U.S. delegation focused on security and terrorism concerns and safe passage for U.S. citizens, other foreign nationals and our Afghan partners, as well as on human rights, including the meaningful participation of women and girls in all aspects of Afghan society," he said in a statement.

Taliban political spokesman Suhail Shaheen also told The Associated Press that the movement's interim foreign minister assured the U.S. during the talks that the Taliban are committed to seeing that Afghan soil is not used by extremists to launch attacks against other countries.

On Saturday, however, the Taliban ruled out cooperation with Washington on containing the increasingly active Islamic State group in Afghanistan.

IS, an enemy of the Taliban, has claimed responsibility for a number of recent attacks, including Friday's suicide bombing that killed 46 minority Shiite Muslims. Washington considers IS its greatest terrorist threat emanating from Afghanistan.

"We are able to tackle Daesh independently," Shaheen said when asked whether the Taliban would work with the U.S. to contain the Islamic State affiliate. He used an Arabic acronym for IS.

Bill Roggio, a senior fellow at the Foundation for Defense of Democracies who tracks militant groups, agreed the Taliban do not need Washington's help to hunt down and destroy Afghanistan's IS affiliate, known as the Islamic State in Khorasan Province, or ISKP.

The Taliban "fought 20 years to eject the U.S., and the last thing it needs is the return of the U.S. It also doesn't need U.S. help," said Roggio, who also produces the foundation's Long War Journal. "The Taliban has to conduct the difficult and time-consuming task of rooting out ISKP cells and its limited infrastructure. It has all the knowledge and tools it needs to do it."

The Taliban gave refuge to al-Qaida before it carried out the 9/11 attacks. That prompted the 2001 U.S. invasion of Afghanistan that drove the Taliban from power.

"It is insane for the U.S. to think the Taliban can be a reliable counterterrorism partner, given the Taliban's enduring support for al-Qaida," Roggio said.

During the meeting, U.S. officials were expected to press the Taliban to allow Americans and others to leave Afghanistan. In their statement, the Taliban said without elaborating that they would "facilitate principled movement of foreign nationals." 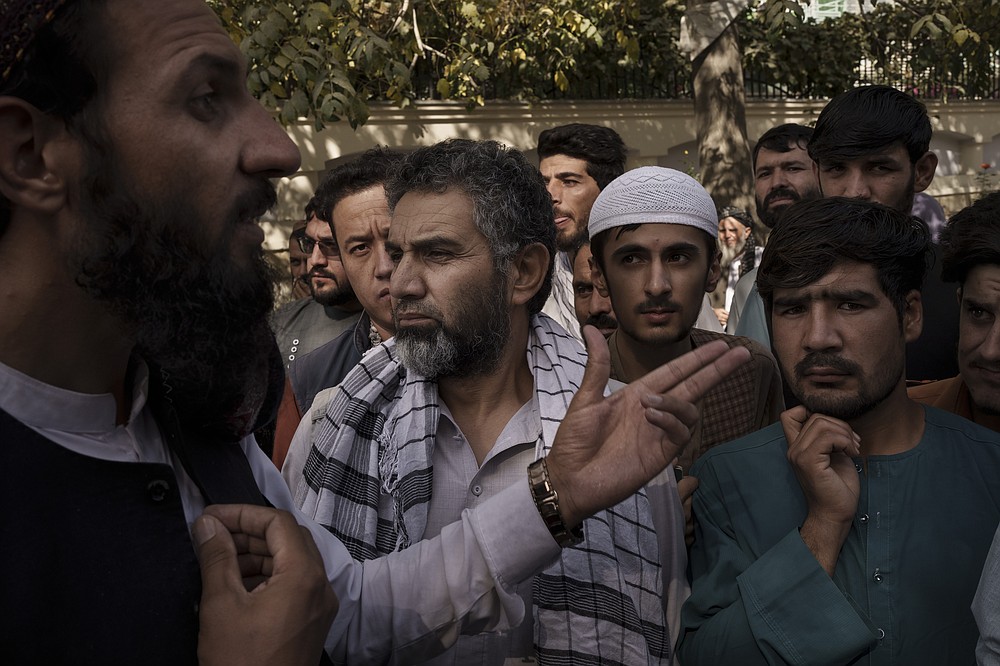 A member of the Taliban, left, talks to Afghans gathering outside a government passport office recently re-opened after Taliban announced they would be issuing a backlog of applications approved by the previous administration in Kabul, Afghanistan, Wednesday, Oct. 6, 2021. (AP Photo/Felipe Dana) 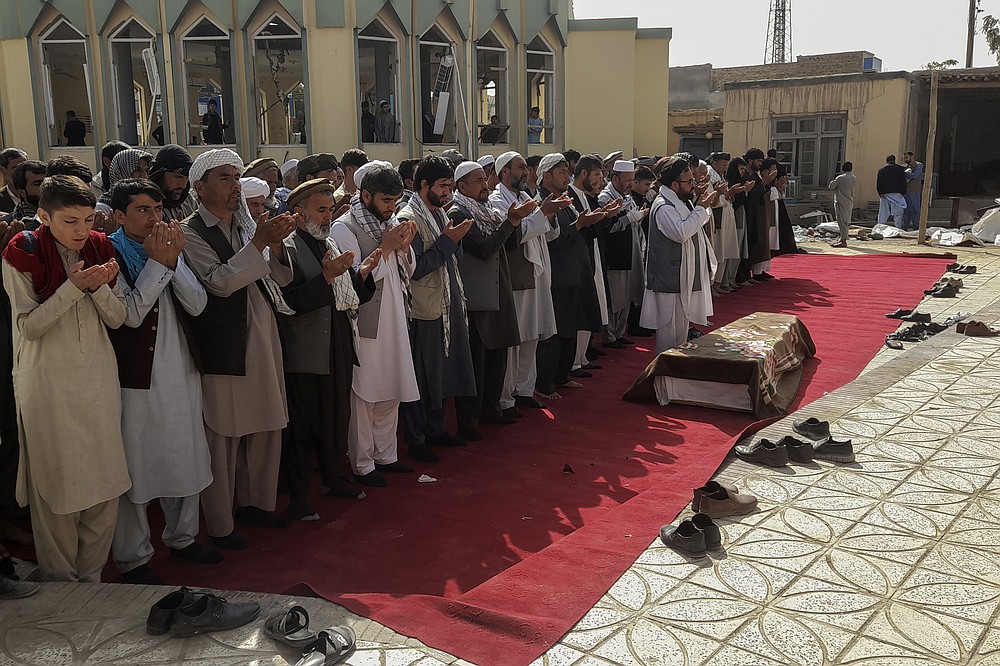 Relatives and residents pray during a funeral ceremony for victims of a suicide attack at the Gozar-e-Sayed Abad Mosque in Kunduz, northern Afghanistan, Saturday, Oct. 9, 2021. The mosque was packed with Shiite Muslim worshippers when an Islamic State suicide bomber attacked during Friday prayers, killing dozens in the latest security challenge to the Taliban as they transition from insurgency to governance. (AP Photo/Abdullah Sahil)