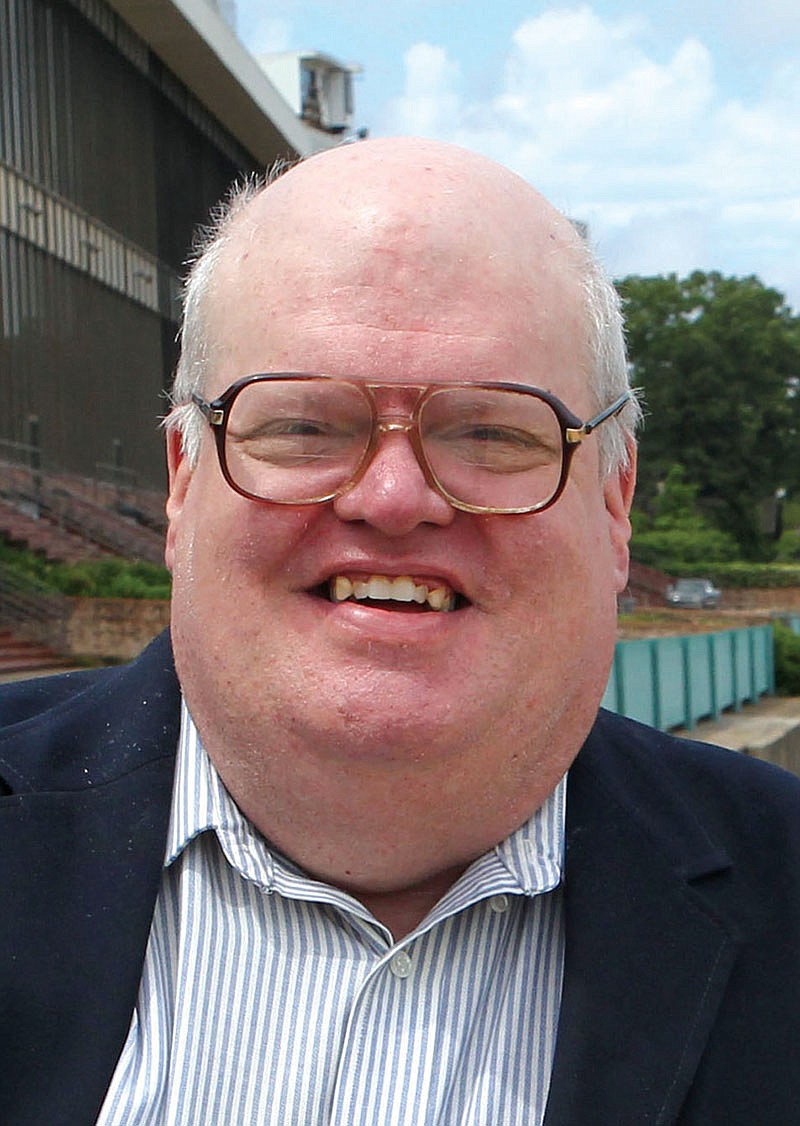 You might have noticed that the Arkansas Razorbacks weren't the only in-state football team to allow 50 points to a nationally ranked opponent last week.

Arkansas' 52-51 loss to Ole Miss was rehashed Sunday in coffee shops and church foyers statewide. Judging from what I heard and read, fans appeared OK with coach Sam Pittman's win-or-bust decision to go for 2 points after a last-play touchdown. KJ Jefferson's pass to a well-covered Treylon Burks fell incomplete, pinning the Arkansas quarterback with an "L" when a no-decision might have been a fairer outcome.

Just the same, Arkansas fans feel a little less chipper about the Razorbacks after road losses to Georgia (37-0) and Ole Miss. After beating Texas and Texas A&M, they dreamed of a championship in a season that began with modest expectations. Concerns over Arkansas' defense, for one thing, have tempered those projections to, say 8-4, when one heard no better than 6-6 in August.

Starting with Saturday's game against Auburn, we will learn more about these Razorbacks. No stronger does the Southeastern Conference appear from top to bottom that they should locate two wins to become bowl eligible.

Unlike the Arkansas-Ole Miss game, which kept viewers glued until the scoreboard clock went all zeroes, Coastal Carolina vs. Arkansas State lost quickly whatever glitter it carried. You could hear remote units clicking as the visiting Chanticleers, having a better year than another South Carolina team (Clemson), shot to a 24-0 lead, the halftime score.

Viewers were treated to 385 yards passing from CC's Grayson McCall, a name not heard much (if any) in Heisman Trophy discussions. Where Arkansas has Treylon Burks, a pass catcher who might play on the next level, Coastal Carolina counters with Isaiah Likely, who also is likely to play on Sunday. Likely, open like a deer behind the ASU secondary, went 99 yards with a pass from McCall after only 3:23 off the clock. The same pair hooked up on more mundane scoring plays of 4, 16 and 64 yards on an 8-for-232 night for the Coastal receiver.

That Arkansas State has a leaky defense hardly rates as classified information. Coastal Carolina represented the fourth Red Wolf opponent to score in the 50s after Memphis (55-50), Washington (52-3) and Georgia Southern (59-33). The Chanticleers kept the ball for 36:27 and outgained their hosts 685-273.

Layne Hatcher, formerly with Kevin Kelley at Pulaski Academy, passed for two second-half touchdowns and a fourth-quarter score pulled the Red Wolves within 38-20. Coastal Carolina added touchdown runs of 64 and 67 yards, the latter with 2:03 to play, and improved to 6-0, staying No. 15 in the national rankings.

Both teams have a week off, and if ever a team needed a break it's Arkansas State, which long ago beat Central Arkansas 40-21. The Red Wolves return in a Thursday-nighter against Louisiana-Lafayette, which started the year in the top 25 before facing Texas -- yet another team that lost in the 50s Saturday (Oklahoma).

Butch Jones found himself then in the same shoes before the Little Rock Touchdown Club as Sam Pittman last year. In short, hoping that on a future visit he'll have better news, a more glowing report.

"It's hard to stand up here at 1-5," Jones said. "I do see improvement in our football team, though."

Call that "coachspeak" if you will, but any college-football coach -- especially one at Arkansas State -- must be a super saleman. To a recruit, he must sound sincere, not like someone selling snake oil. (In time, Houston Nutt's Elmer Gantry speech turned off fans, and the Little Rock native, one of only two ex-Razorbacks to coach Arkansas, became less popular the more his teams won. Contrast that with Bobby Petrino, Arkansas' first hired-gun football coach, one whose defenses weren't much but made the fans believe the Hogs could play on a par with Alabama and LSU.)

While the 2021 season may be beyond redemption for Arkansas State, injuries mounting up, Jones has a card or two to play. He can sell recruits on playing Arkansas when the in-state rivals square off at War Memorial Stadium in 2025. Until he can bring in better players to Jonesboro, Jones will have to coach like crazy during the week and look for anything positive on game day.

Sam Pittman got more out of 3-7 last year than any Razorback coach ever. That was partly because they didn't finish 0-10 against an all-SEC schedule in the pandemic year after plumbing the depths in two years under Chad Morris. A coach willing to work hard, hire good assistants, temper his ego and work the transfer portal can accomplish overnight success.

Recruiting wasn't Jones' problem at Tennessee. Beating Alabama, Georgia and Florida was. Arkansas State comes off the best decade in its football history with a succession of on-the-rise young coaches: Hugh Freeze, Gus Malzahn, Bryan Harsin and Blake Anderson. Hiring a coach on the rebound went against the grain but Arkansas State has to know by now that it can't keep a winning coach long. So, after leaving Tennessee, a once major program but a more recent graveyard of coaches, Jones welcomed a fresh start.

Good luck to him and the Red Wolves. Arkansas fans, quite frankly, need a nonconference rival to cool their passions. Arkansas now has an athletic director, Hunter Yurachek, willing to look at in-state opponents with fresh eyes. Before a week off, the Razorbacks face Arkansas-Pine Bluff Oct. 23 at War Memorial Stadium.

Before the Little Rock Touchdown Club Monday, Jones planted the seeds for Arkansas vs. Arkansas State, which many never expected to see.