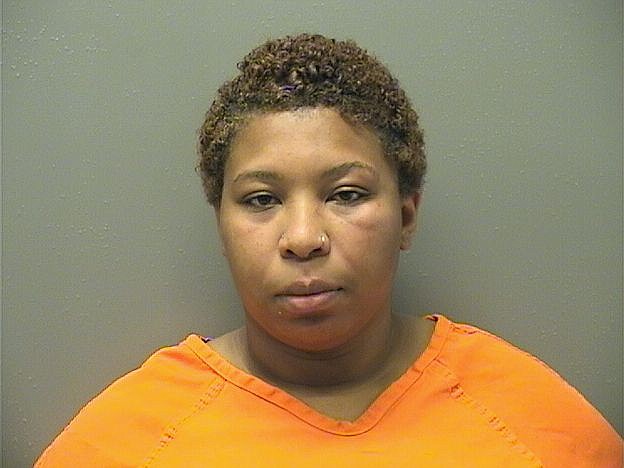 A local woman was arrested on a felony battery charge early Sunday after she allegedly stabbed her boyfriend in the shoulder with a steak knife during an argument.

Alexus Mauricha Brown, 22, of 200 Lakeland Drive, was taken into custody at her residence shortly before 6:30 a.m. and charged with one count of second-degree domestic battery, punishable by up to 10 years in prison.

Brown, who lists no prior criminal history, was being held on a zero bond and was set to appear Monday in Garland County District Court.

According to the probable cause affidavit, shortly before 3 a.m. Sunday, Hot Springs police Officer 1st Class Richard Davis responded to the apartment at 200 Lakeland regarding a stabbing. The male victim said his girlfriend, identified as Brown, had stabbed him in the left shoulder about 10 minutes earlier.

Davis noted the man was bleeding from his shoulder and he moved his shirt to show the officer a 1-inch laceration. Davis also noted there was blood on the side of the door frame of the apartment.

The man stated Brown had gotten upset with him for not answering his phone when he was out earlier and he told her his phone had been dead. He said they went outside to her car so he could show her, but he could not find his phone.

When they returned to the apartment, Brown accused her boyfriend of cheating on her, he said, and then stabbed him in the shoulder. He saw his 8-year-old daughter come out of her bedroom and ran to get her as Brown fled the apartment with the knife.

He described the weapon as a black and silver steak knife, approximately 3 to 6 inches long. He noted Brown fled the scene in her Kia Sorento and was gone when Davis got there.

As officers were investigating further, shortly after 6 a.m., Officer John Albright was dispatched to the apartment to check on a reported disturbance and was told Brown had returned.

Officers saw Brown exit her vehicle and approach her boyfriend, so they took her into custody. The boyfriend said he had texted Brown and she had returned and they got into another argument in front of the apartment and then she went to park her car.

Officers found a steak knife in the area in front of the apartment where the second altercation had reportedly occurred that matched the description of the one Brown had allegedly used to stab her boyfriend.

Officers also noted a small spot of blood on Brown's driver's door handle and she allegedly had blood on her shirt.