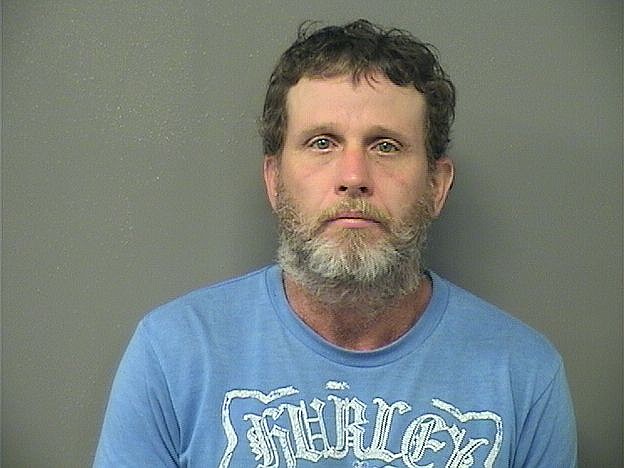 A parole absconder sought on a felony warrant was soon facing additional felony charges following his arrest early Monday after he allegedly admitted to having a large amount of meth in his possession.

Rogers remained in custody Tuesday on a $7,500 bond on the local charges and zero bond on the parole warrant and is set to appear today in Garland County District Court. According to court records, he was previously convicted in Conway County in 2007 for possession of a controlled substance and sentenced to two years' probation, which was later revoked and he was sent to prison.

According to the probable cause affidavit, Hot Springs police responded to Oaklawn regarding a man and woman who were reportedly observed by Oaklawn employees "using drugs" in a black Nissan Altima in the parking lot.

Officers were told at the scene that the couple had entered the casino and were being detained by security in the lobby.

Officers made contact with the man, identified as Rogers, and the woman and employees confirmed they were the ones allegedly seen using drugs earlier. A computer check revealed Rogers had an active parole absconder warrant, so he was taken into custody.

In searching his person, officers allegedly found a baggie with 2.1 grams of what later tested positive for meth. After being read his rights, Rogers reportedly confirmed it was meth in the baggie and stated he had some more meth in the sunglasses holder inside the Altima outside and two glass smoking pipes.

Officers got consent from the woman to search the vehicle since she was the registered owner and located a baggie with 28.7 grams, or over an ounce, of meth and two glass pipes. The woman was reportedly not charged in the incident.