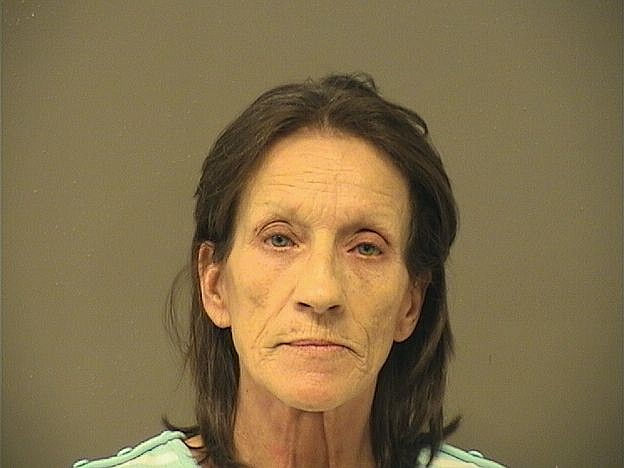 A local woman was arrested on a felony drug charge Monday night after her son reportedly called Hot Springs police to report her after his wife found drugs in his mother's room.

Terry Pitts, 65, of 206 Kentucky St., was taken into custody at her residence shortly after 8:30 p.m. and charged with possession of a controlled substance, meth, punishable by up to 10 years in prison.

Pitts, who reportedly has no prior felony history, remained in custody Tuesday in lieu of a $3,500 bond and is set to appear today in Garland County District Court.

According to the probable cause affidavit, around 8:30 p.m. Monday, Hot Springs police Officer 1st Class Brandon McAdoo responded to the Kentucky Street residence regarding a drug complaint.

He made contact with the homeowner, who stated his wife had found drugs in his mother's room. He handed the officer a baggie with 2.03 grams of what later tested positive for meth.

McAdoo had the man get his mother, identified as Pitts, to step outside where she was taken into custody.

While she was being arrested, the son reportedly apologized to his mother, but noted he was "tired of her doing drugs in his house and leaving them where his daughter could find them."

Pitts reportedly stated she "would not have to do them if she was not always having to bail him out."