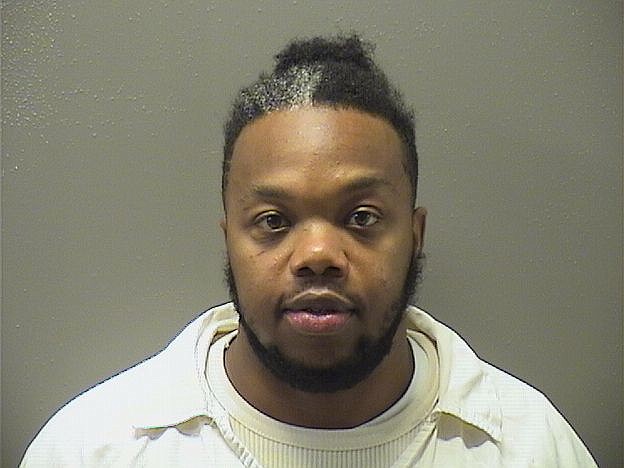 A habitual offender set to stand trial Tuesday for an attempted home invasion last year, during which he also shot a woman's car, was sentenced to 12 years in prison after pleading guilty to charges in Garland County Circuit Court.

Ricky Lynn Batts Jr., 35, of Hot Springs, pleaded guilty Friday to criminal attempt to commit aggravated residential burglary and possession of a firearm by certain persons and was sentenced to 12 years on each count, to run concurrently, while additional misdemeanor counts of first-degree criminal mischief and discharging a firearm in the city limits were withdrawn.

Batts is classified as a habitual offender, having been previously convicted in Garland County on June 11, 2012, of robbery and residential burglary, where he was sentenced to 11 years in prison on each count, to run concurrently, but was later paroled. He was also convicted of residential burglary in 2006 and possession of a firearm by certain persons and theft by receiving over $500 in 2011.

According to the probable cause affidavit, on Nov. 23, 2020, Hot Springs police were dispatched to a residence in the 200 block of Wise Street regarding a criminal mischief. They were told a man, later identified as Batts, had attempted to kick in the door to an apartment.

After multiple failed attempts to kick in the door, while holding a handgun, Batts walked over to one resident's black Toyota Camry and attempted to break a rear window out by hitting it with his hand and what appeared to be a firearm.

After failing to break the window, he stepped in front of the car and fired a round from the gun into the front driver's side window, causing it to shatter, with damages estimated at $100.

The two residents of the apartment told police they did not know Batts prior to the incident, but after it happened he reportedly contacted the female resident on Facebook. She said she told him he had no legal right to enter her apartment.

The incident was captured on security cameras at the apartment complex and the footage was provided to police by the apartment management. Detectives were reportedly able to identify Batts from the footage and he was arrested on Dec. 1, 2020, and had remained in custody since then in lieu of a $25,000 bond.

He pleaded not guilty to the charges on March 1 and tried unsuccessfully to get his bond lowered. He was set to stand trial Tuesday but opted to plead guilty last week at a pretrial hearing. In addition to prison time, he was ordered to pay $190 in court costs upon his release.