Sex offender with long history of not registering arrested 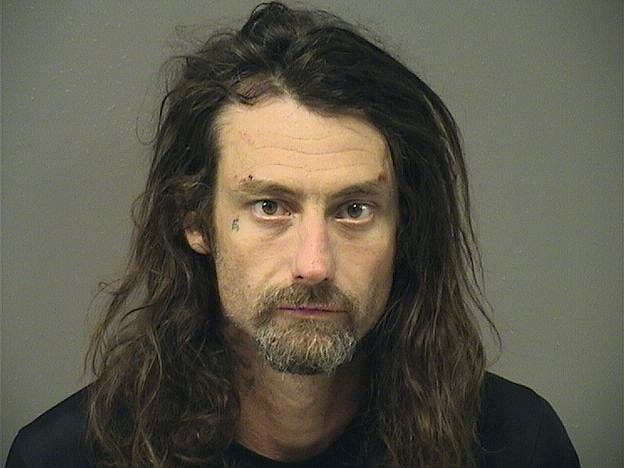 A local sex offender with a lengthy history of not registering who was being sought again on the same charge was arrested Tuesday morning after allegedly fleeing from Hot Springs police.

Lyndon Allen Elder, 47, alias "Jack Crow," who lists a Baxter Street address, was taken into custody shortly before 11 a.m. and charged with a felony count of failure to comply with sex offender registration requirements or report an address change, punishable by up to 10 years in prison, and a misdemeanor count of fleeing on foot.

Elder, who also had a warrant for violating his parole, was being held on a zero bond and was set to appear Wednesday in Garland County District Court. According to court records, Elder was convicted on March 19, 2019, in Garland County for failure to register and breaking or entering and sentenced to eight years in prison, but later paroled. He was also previously convicted in Montgomery County in 2016 for failure to register and sentenced to 10 years in prison, with all of it suspended.

According to the affidavit on the new failure to register charge, on March 11, 2019, Elder, a level 2 registered sex offender, came to the HSPD to verify his necessary information and completed the paperwork, agreeing to return no later than April 20, 2019, to again verify his information.

Detective Brian Branstetter noted that Elder was arrested later that same day, on March 11, and was not released until April 19. He also noted Elder has been incarcerated several times in various locations in Arkansas after his release. His most recent incarceration was at the Ouachita County Sheriff's Department from April 2 to June 23, 2021, when he was transferred to the Phoenix Recovery Center in Springdale.

On Aug. 6, Branstetter spoke with the Phoenix Recovery Center and learned Elder had arrived on June 23, but absconded on June 26. He noted as of Aug. 5, Elder had not updated his sex offender registration with the HSPD or any other agency in the state since he registered on March 11, 2019. A warrant for his arrest was issued on Aug. 10.

On Tuesday, around 10:45 a.m., HSPD Officer Jonathan Smith spotted Elder walking across the 500 block of Albert Pike and knew about the warrants for his arrest so he attempted to make contact with him in the 600 block.

After identifying himself and telling Elder not to flee, Elder turned back toward Albert Pike and fled on foot. Smith exited his unit with his K-9 partner, Bear, and gave chase to Elder as he rounded the corner of Cleo's, 605 Albert Pike.

Bear was able to catch up to Elder and detain him. While Bear was still holding Elder to the ground, Smith said he grabbed both of his hands, but was unable to place him in custody due to him resisting. A second unit arrived and with other officers' assistance he was able to take him into custody.

LifeNet was contacted and transported Elder to CHI St. Vincent Hot Springs to be checked out. Once he was cleared by the medical staff he was taken to the Garland County Detention Center where he was booked in shortly before 3 p.m.