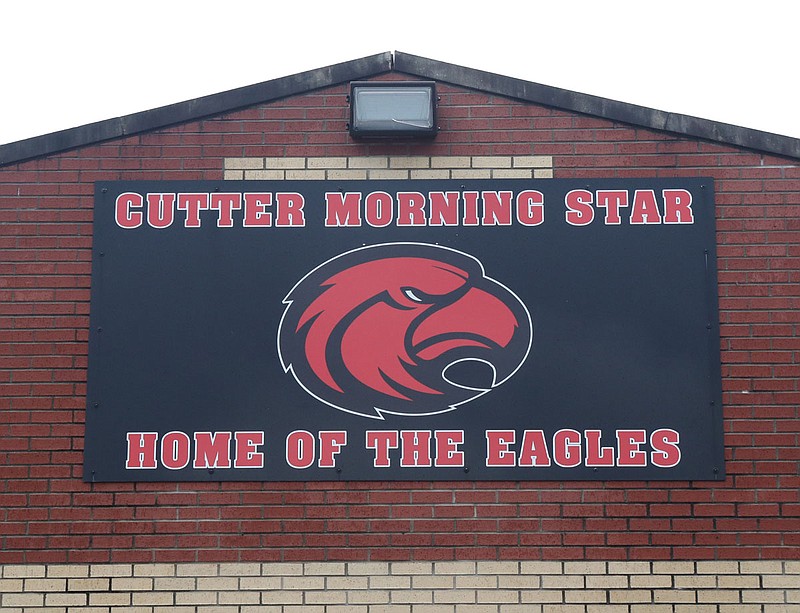 Following this week's decision by the Cutter Morning Star School Board to remove its mask mandate except for school buses, Superintendent Nancy Anderson said that while masks are a political issue, in the end, it comes down to doing what's best for the students.

CMS has averaged roughly one to two active cases of COVID-19 over the past few weeks, which Anderson credits to the careful following of basic guideline protocols. She said the reason the board chose to keep the mandate in effect before was mainly because of state quarantine guidelines.

"We have been very fortunate at Cutter that we have not had a lot of positive cases," she said. "So it was really the quarantine. I think, to date, we're still high 30s, maybe 40 people -- I'm talking about teachers and students, faculty and staff that have actually been positive. So we have very low numbers but we do have a lot of other things that we do on a normal basis and some that we've implemented since COVID started."

"And then Tuesday, the day of the board meeting, we had one case," she said. "But our numbers have been relatively low this entire time."

No matter the grade level, Anderson said enforcing a mask mandate is not easy.

"It's a struggle getting them to wear it correctly and it's hard to enforce it," she said. "If we have a policy, we do try to enforce it and it's been difficult to do so. And, you know, it's a very political issue as well. Probably the most political issue I've ever dealt with in my 25-plus years of education.

Through data collection and careful monitoring of those students quarantined over the past two months, the district found few, if any, cases that were able to be traced back to exposure at school, she said, noting the district believes those cases came from exposure at home or outside social situations.

"In other words, when we have a positive case here at school and for whatever reason -- if they weren't masked properly or the proximity -- whatever reason we decided we needed to quarantine that kid, they go home -- we have not been able to say that that kid was positive because of the exposure at school," she said.

"Most of our positive cases in our district with our students and our staff have been exposure outside the district at home. Like, someone in the home had COVID and that student got it from someone in the home. Or, we had a lot of them get it from, like, sleepovers, or we had some get it from family, you know, like at weddings and things like that. And so we've really looked at that and we've not seen a significant (number). But so far, the data supports that when we quarantine them, they don't test positive."

Anderson noted this was another reason why the board started looking at the mask mandate again this past week, due to the numbers being so low, and the fact they could not trace the transmission back to campus. She said, however, that it did not mean that transmission does not sometimes occur from student to student.

"They can wear a mask at school all day and guess what they do as soon as school gets out? They all go get in a car together without masks," she said. "And so we might have had some transmission in that way but I'm not aware of that as well. But as far as, 'You were sitting by this person; You were not wearing your mask properly, so you're quarantined;' No. When they get tested they do not, they're not positive."

Anderson said the response from the school community has been good since the board lifted the mandate and that some students and staff continue to wear their masks. The board chose to temporarily leave the mandate in effect on school buses due to quarantine concerns as the district recently purchased two new school buses that are still awaiting camera installation. She said the district will continue monitoring the numbers.

"We're looking at all our data very closely, making sure we are keeping our kids safe. That's the number one thing. I'm more concerned right now about the flu, you know, because we're going into flu season. And so that's, like I said, more my concern at this point than COVID," she said.

"I would just encourage people, you know, community members and parents, tell them that we do appreciate their support and we take every decision, every decision we make, it is student-based. And we're always going to make decisions based on what is best for students -- safety, education, and all of that -- and while it might not be popular with everyone, you know, we want to keep the kids safe and we're here for the kids and we appreciate the support we get.