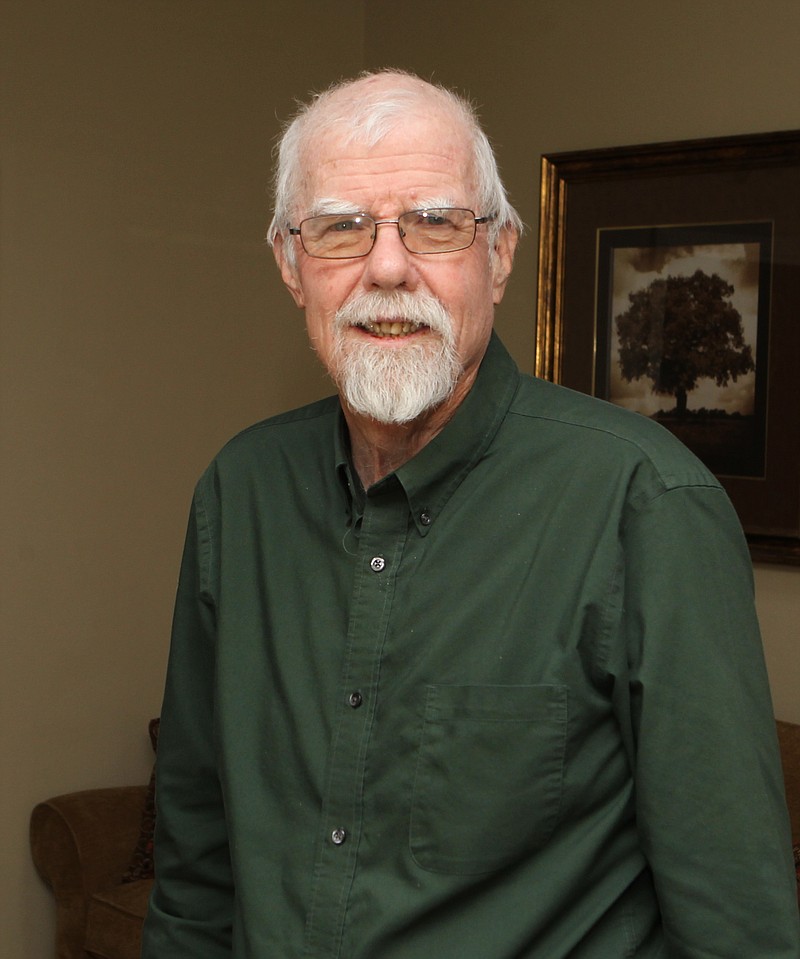 Dick Antoine is shown in a file photo. - File photo by The Sentinel-Record

Retired local radio personality Dick Antoine, a "tireless champion" of scores of community events who was known for his bigger-than-life portrayals of Santa Claus and The World's Tallest Leprechaun, died Sunday morning after a lengthy battle with cancer, his family confirmed through a spokesman.

Antoine retired from his daily talk radio program on KZNG, "Talk of the Town," in May 2019 after informing and entertaining listeners for 31 years.

"I am so saddened by the death of my good friend Dick Antoine, one of the most courageous men I've ever known," Steve Arrison, CEO of Visit Hot Springs, said Sunday.

"Dick fought his illness with grace and good humor, all the while continuing his countless activities in support of Hot Springs, which he loved so much."

"If there was an activity that promoted Hot Springs National Park, Ark., you'd find Dick Antoine there, from the annual Christmas Parade to Oktoberfest celebrations to his interviews on his radio show. He continued all his activities for years after it became physically difficult for him to do so," Arrison said.

"He was a great friend and I and his city will miss him terribly."

"His presence and impact on our community, and this event in particular, is irreplaceable. He served Hot Springs as a tireless champion and leader, as well as, a founding member of this grand event and helped to build its legacy into a pivotal piece of the city's history. You will be forever remembered when we march that 98 feet again, Dick. Thank you for all you have done and rest peacefully, dear friend," the post stated.

In 2018, Antoine was honored with the inaugural Excellence in Public Service Award to recognize him for his decades of service and contributions to the city of Hot Springs, created by his longtime friend and frequent co-contributor, Tom Wilkins.

According to the award, some of the accomplishments on Antoine's long list of contributions to the community include co-creating Spa Blast, an annual Fourth of July celebration at Oaklawn Park; co-organizing the Hot Springs Farmers & Artisans Market; working with the FACES Foundation; fundraising for and serving on the committee of the Veterans Memorial of Garland County; fundraising for the Fallen Hero Memorial; emceeing Hot Springs' annual Christmas parade for over 25 years and the Hot Springs Veterans Day parade for 17 years; and serving on the board of The Salvation Army.

In addition to serving the community locally, Antoine served in the U.S. Air Force from 1969-1973 during the Vietnam War, the award said.

Antoine's portrayal of characters throughout the years became a holiday legend. In addition to The World's Tallest Leprechaun, Antoine performed as Santa Claus for over 30 years, was known as Neatness Man for the former Hot Springs/Garland County Beautification Commission, and donned a chicken costume each year as Oktoberfest ambassador.

Awards given to Antoine over the years include The Greater Hot Springs Chamber of Commerce 2005 Man of the Year Award and the Bobby Beavers Award for Tourism in 2006.

Antoine also organized local cancer fundraisers and served as co-chair and past president for the Garland County Relay for Life.

He was diagnosed with cancer in 2009. It went into remission but returned at the beginning of 2018.