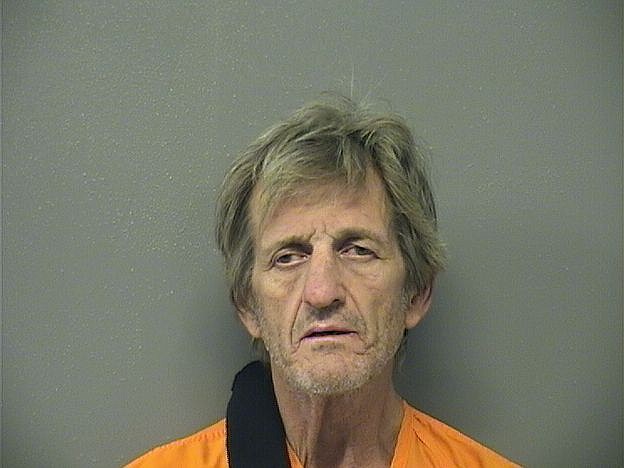 A local man initially arrested for trespassing was soon facing felony charges after drugs were allegedly found in his possession early Saturday.

Floyd Richard Beckwith Jr., 57, who lists a Bald Mountain Road address, was taken into custody shortly after 6:30 a.m. and charged with felony counts of possession of a controlled substance, meth, and possession of drug paraphernalia, each punishable by up to six years in prison, and a misdemeanor count of criminal trespass.

Beckwith was being held on a $5,000 bond and was set to appear Monday in Garland County District Court. He was previously convicted on Jan. 12, 2015, of a felony count of nonsupport over $25,000 and sentenced to 10 years' supervised probation.

According to the probable cause affidavit, around 6:30 a.m., Hot Springs police Officer Christopher Gibson responded to a residence in the 1000 block of Emory Street regarding a suspicious person.

Gibson made contact with a man identified as Beckwith in the front yard. The homeowners stated they were alerted about Beckwith being on their property through video footage. Beckwith could allegedly be seen walking into the carport and inside one of the residents' vehicles.

Officers noted smudge marks on the car Beckwith was reportedly seen in so he was taken into custody at that point for trespassing.

In searching him, officers allegedly found a baggie in his front pocket with 2.3 grams of what later tested positive for meth and a hypodermic needle with blood on the end so he was charged with the additional felony counts.