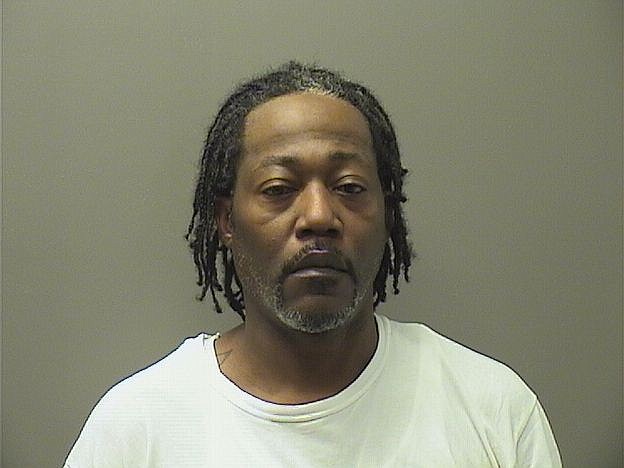 A local felon arrested last year after he was caught with a gun and cocaine in his vehicle was sentenced to four years in prison Tuesday after pleading guilty in Garland County Circuit Court.

Darrell Gary Branscomb, 43, who has remained in custody since his arrest on Nov. 14, 2020, pleaded guilty to possession of a firearm by certain persons, amended from an original charge of simultaneous possession of drugs and a firearm, and was sentenced to four years in prison while an additional felony count of possession of cocaine with purpose to deliver was withdrawn. He was also ordered to pay $190 in court costs upon his release.

Branscomb was previously convicted on March 6, 2003, of a felony count of aggravated assault and sentenced to five years' probation. He was convicted again on Feb. 16, 2016, of possession of a firearm by certain persons and sentenced to three years in prison, but later paroled.

According to the probable cause affidavit on his 2020 arrest, on Nov. 14, shortly before 4 p.m., Arkansas State Police Trooper Justin Parker was patrolling in the 4700 block of Central Avenue when he saw a white Ford Crown Victoria with a cracked windshield that "spread entirely across the width of the windshield and directly in the driver's view."

He made a traffic stop on the vehicle and made contact with the driver, identified as Branscomb, and while talking with him saw "what appeared to be the bottom of a pistol magazine" protruding from the driver's front seat pocket "directly between Branscomb's legs."

Parker also saw an open bottle of brandy in the center console. A computer check revealed Branscomb's previous felony convictions so he had Branscomb exit the vehicle to be searched.

Branscomb reportedly admitted he had some marijuana in his pocket. Parker searched him and found 2 grams of marijuana in a plastic baggy. He also found a glass container with 16 grams of what Branscomb said was "powder," which later tested positive for cocaine.

The gun was seized and determined to be a loaded Sig Sauer .380 pistol. As a convicted felon, Branscomb is prohibited from owning or possessing any firearms.

Branscomb was taken into custody and pleaded not guilty to the charges on Feb. 9. He was set to stand trial on Sept. 27 but opted to plead guilty Tuesday during a pretrial hearing in circuit court.