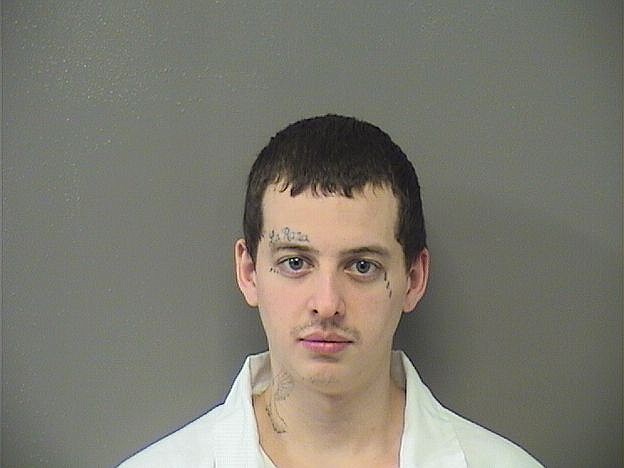 A local man was sentenced to 18 years in prison Thursday for robbing a convenience store last year armed with a knife and will have to serve his sentence day-for-day because of a prior conviction on the same charge.

Hernandez was previously convicted of a felony count of aggravated robbery in 2014 while still a juvenile, stemming from his arrest on Sept. 21, 2013, but was tried and sentenced as an adult at the time.

Because of his prior violent felony conviction, Hernandez has to serve every day of his 18-year sentence, Chief Deputy Prosecutor Kara Petro told The Sentinel-Record shortly after his sentencing hearing.

"I felt it was an appropriate sentence," Petro said, noting he could have received more time, but she took his age into consideration, noting he turned 25 on Thursday, the day of his sentencing, and the fact no one was injured in the robbery.

"He had a knife, but he didn't put it to the clerk's throat or anything. He pulled a knife out, but he never used it," she said.

Hernandez also has two felony counts of commercial burglary pending, but Petro noted she anticipates he will plead guilty to both counts and will be sentenced to six years on each count, to run concurrently with Thursday's sentences.

According to the probable cause affidavit on the robbery charge, on Jan. 2, 2020, shortly before 10:30 p.m., Hot Springs police responded to E-Z Mart, 505 Summer St., regarding a robbery that had just occurred.

Officers spoke to an employee who stated he was robbed by a white male armed with a large kitchen knife wearing a black hooded sweatshirt. He said the man had approached the counter and asked him for "all the money in the register."

The employee noted he has people "joke like that" to him occasionally so he responded, "What else can I get you?"

At that point, the male brandished a large knife and again asked for the money so the employee opened the register and handed him an undisclosed amount of cash.

He said the man grabbed the money and ran from the store in an unknown direction. On Jan. 10, Detective Mark Fallis got an anonymous tip that the robber was Hernandez, so he found a photo of him in the HSPD local system.

On Jan. 13, Fallis reviewed video of the robbery from the E-Z Mart and was able to match the suspect in the video to the photo of Hernandez, so warrants were issued for his arrest on robbery and theft charges.

According to the affidavit on his arrest, on Jan. 22, shortly after 11:30 p.m., Officer Richard Davis responded to an alarm at Citizens Bank, 150 Airport Road, and arrived to find the front entry door shattered.

He then spotted a man wearing a brown jacket running north through the parking lot of Walmart, 1601 Albert Pike, and noted he matched the description given of someone who had broken into the Regions Bank, 900 Albert Pike, earlier.

Davis and other officers were able to catch the man, identified as Hernandez, and subdue him near the front entrance of Walmart. After discovering the warrants for his arrest he was taken into custody.

Detective Brian Branstetter responded to Citizens Bank and noted the damage to the entry door was about $1,000. Numerous items were scattered around inside from the burglar apparently attempting to locate money. In the process, two of the drive-through's microphones, valued at $300, were damaged.

Branstetter noted the entry door at Regions Bank was also broken, an estimated $1,000 in damages, and the burglar had again scattered items looking for money and knocked over the Vision Next check scanner, valued at $500, located at the drive-thru counter, causing the scanner to fall apart.

The clothing description from both bank break-ins matched what Hernandez was found wearing at the time of his arrest. When questioned after being read his rights, Hernandez admitted to the break-in at Regions.