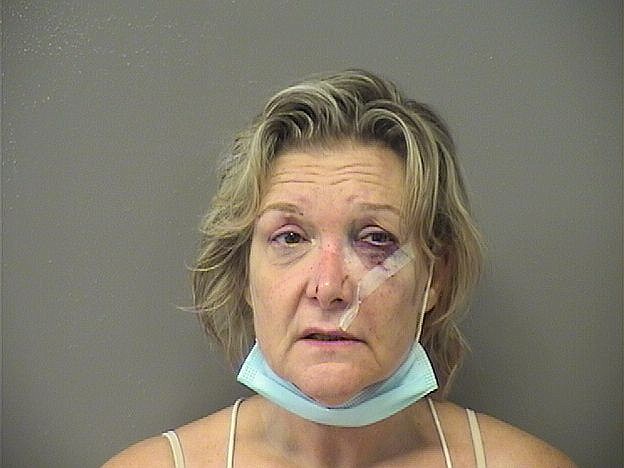 A Glenwood woman was arrested on a felony drug charge early Saturday after allegedly causing a disturbance at Oaklawn Racing Casino Resort and being asked to leave.

Michelle Gilbert, 58, was taken into custody shortly before 2:30 a.m. at Oaklawn, 2705 Central Ave., and charged with a felony count of possession of a controlled substance, hydrocodone, punishable by up to 10 years in prison, and misdemeanor counts of public intoxication and disorderly conduct.

Gilbert, who lists no prior felony history, was being held on a $4,500 bond and was set to appear Monday in Garland County District Court.

According to the probable cause affidavit, shortly after 1:30 a.m. Saturday, Hot Springs police Officer 1st Class Richard Davis responded to Oaklawn regarding a disorderly female and made contact with other officers who stated a woman, identified as Gilbert, had been in a fight with a man.

At that point, since she was refusing medical and refusing to cooperate with police, Gilbert was reportedly asked to leave. While she was being escorted out, Davis noted Gilbert was in "an accelerated state" and "talking about things that did not make sense" and appeared unsteady on her feet.

She was advised Oaklawn would pay for a cab for her which she needed to take "due to her condition." Gilbert allegedly refused to take a cab and "started causing a scene," yelling and screaming at the officers.

Gilbert was reportedly given multiple chances to take a cab and leave the property, but she refused. At that point, Davis tried to take her into custody, but she fell to the ground and would not listen to officers.

She was finally taken into custody and searched and Davis allegedly found 11 hydrocodone pills wrapped in aluminum foil inside her purse. He noted the pills were not in a bottle and she didn't have a prescription in her bag.