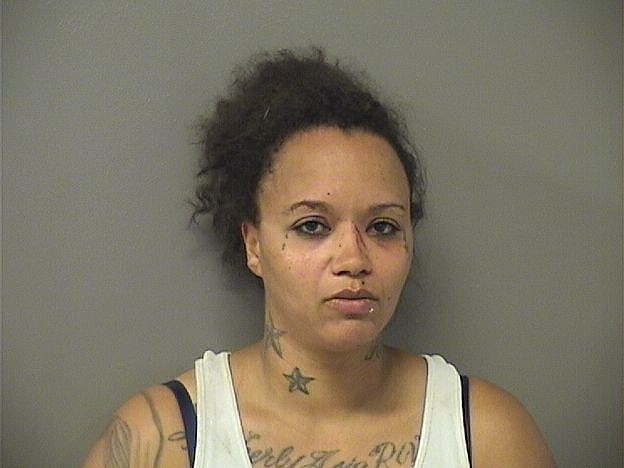 A local woman was arrested Sunday night on felony child endangerment charges after allegedly firing a gun inside her residence during an altercation with her husband while her children were present.

Kimberly Jassmine Jones, 30, of 203 Ward St., was taken into custody at her residence shortly before 9 p.m. and charged with three counts of first-degree endangering the welfare of a minor, each punishable by up to six years in prison.

Jones, who lists no prior felony history, was being held on a $7,500 bond and was set to appear Monday in Garland County District Court.

According to the probable cause affidavit, around 7:15 p.m. Sunday, Hot Springs police Officer Zach Hoofman responded to the Ward Street residence regarding a disturbance.

He spoke to a female juvenile, who said her mother, identified as Jones, and her stepfather, 37, had been in a physical altercation.

She alleged that her mother picked up a firearm at one point and fired it in the direction of the kitchen, hitting the refrigerator. Hoofman then spoke to the stepfather, who stated he had his back turned away from Jones at the time, but confirmed he heard her fire one round from a pistol.

The stepfather stated the female juvenile Hoofman spoke with at first and two other juveniles were all in the residence at the time the short was fired. After further investigation, Jones was taken into custody at the scene on the endangerment charges.

According to court records, Jones had pleaded guilty in district court on Aug. 19, 2021, to a misdemeanor count of theft of property involving a shoplifting at Cash Savers and was sentenced to 12 months' probation. She had previously pleaded guilty on July 10, 2017, in district court to misdemeanor theft of property involving shoplifting at Walmart and was sentenced to six months' probation.