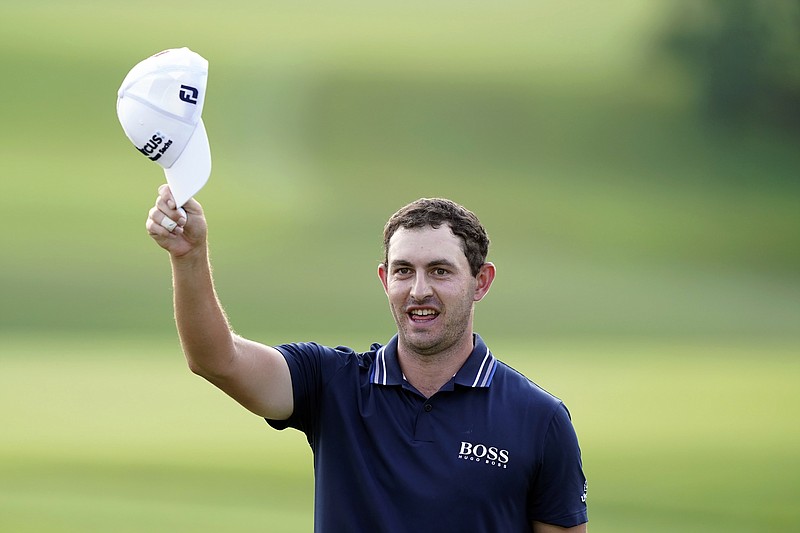 Patrick Cantlay tips his cap to the crowd after winning the Tour Championship and the FedEx Cup at East Lake Golf Club, Sept. 5, in Atlanta. - Photo by Brynn Anderson of The Associated Press

Patrick Cantlay closed out another victory, this time without hitting a shot.

Cantlay was voted PGA Tour player of the year by his peers, capturing the Jack Nicklaus Award that could be seen as a referendum on how players value winning the FedEx Cup.

His solid year became so much more over the final two weeks of the season when Cantlay won a six-hole playoff at the BMW Championship over Bryson DeChambeau and then captured the FedEx Cup with a one-shot victory over Jon Rahm in the Tour Championship.

"The fact that it's voted on by my fellow PGA Tour players, I think that means a lot to me," Cantlay said Tuesday. "It wasn't something that I necessarily thought was on the radar middle of the year, but then I closed really well and played a lot of really nice golf towards the end."

It presumably was a tight race over Rahm, the No. 1 player in the world who won the PGA Tour money title and the Vardon Trophy for the lowest scoring average.

The PGA Tour, however, does not reveal the final vote or even how many players voted, wanting the focus to be more on who won instead of who didn't.

But it was hard to separate the two on the golf course and on paper.

Cantlay had four victories last season, twice as many as anyone else, and he wound up winning the FedEx Cup and its $15 million prize.

One of those victories was the Memorial, where Rahm tied the 54-hole tournament record and had a six-shot lead when he was notified he had a positive COVID-19 test and was forced to withdraw. Cantlay wound up beating Collin Morikawa in a playoff.

Another title was the Tour Championship, where Cantlay began at 10-under par with a two-shot lead because of his No. 1 seed in the FedEx Cup standings. Rahm began the tournament four shots behind and finished one back of Cantlay.

Cantlay's other victory was against a strong field at the Zozo Championship, where he closed with a 65 at Sherwood Country Club to beat Rahm and Justin Thomas.

The BMW Championship was as memorable as any, particularly because of so many clutch putts Cantlay made over the final eight holes, six of them in a playoff at Caves Valley. He came away with the moniker "Patty Ice" that week, and it seems to have stuck.

"I obviously, going forward, will take a lot of those experiences and memories that I had from the last two weeks, because I think drawing on those victories is really powerful," he said.

A year ago, Cantlay came up one putt short of being among the top 30 to reach the Tour Championship. He wrote that off to a strange season that featured no golf for three months because of the pandemic, and then followed with a breakthrough year.

His lone disappointment were the majors. He missed the cut in the Masters and British Open this year, with his best finish a tie for 15th at the U.S. Open.

Rahm became the first player to finish birdie-birdie and win by one shot in the U.S. Open, and he finished in the top 10 in the other three majors.

Because of the secrecy of the ballot, it's hard to know how much weight players gave total victories, nature of the victories, overall statistical performances or the FedEx Cup.

Two years ago, Rory McIloy won the Jack Nicklaus Award with three victories, including The Players Championship and the FedEx Cup. He was up against Brooks Koepka, whose three wins included a major (PGA Championship) and a World Golf Championship. Koepka was runner-up in two other majors and tied for fourth in the other.

Also on the ballot this year were Morikawa, the British Open champion; DeChambeau, whose two victories in this "super season" included the U.S. Open last September, and two-time winner Harris English.

Rahm, meanwhile, won the PGA of America award as player of the year. That's based on points, with triple value for winning a major. 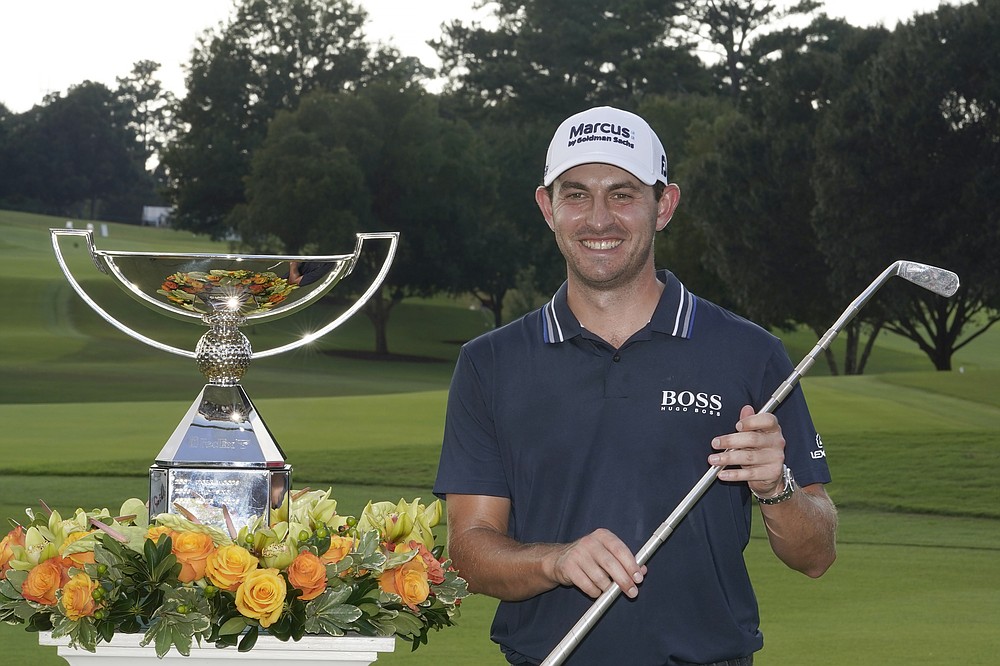 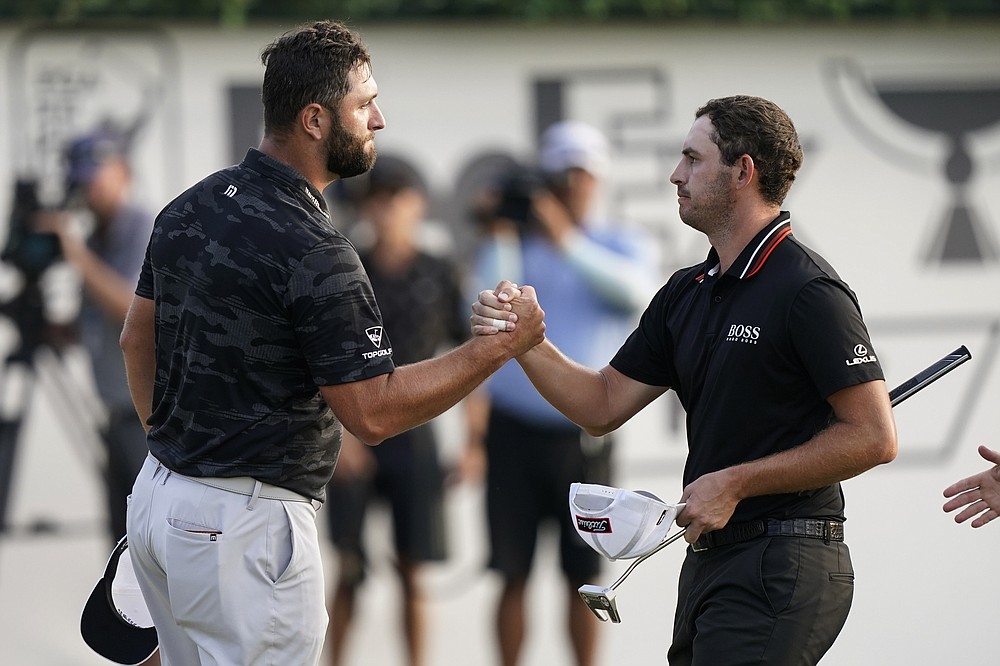 Jon Rahm of Spain, left, shakes hands with Patrick Cantlay on the 18th green during the third round of the Tour Championship golf tournament Saturday, Sept. 4, 2021, at East Lake Golf Club in Atlanta. (AP Photo/Brynn Anderson)