Making money in boxing means not saying you're sorry 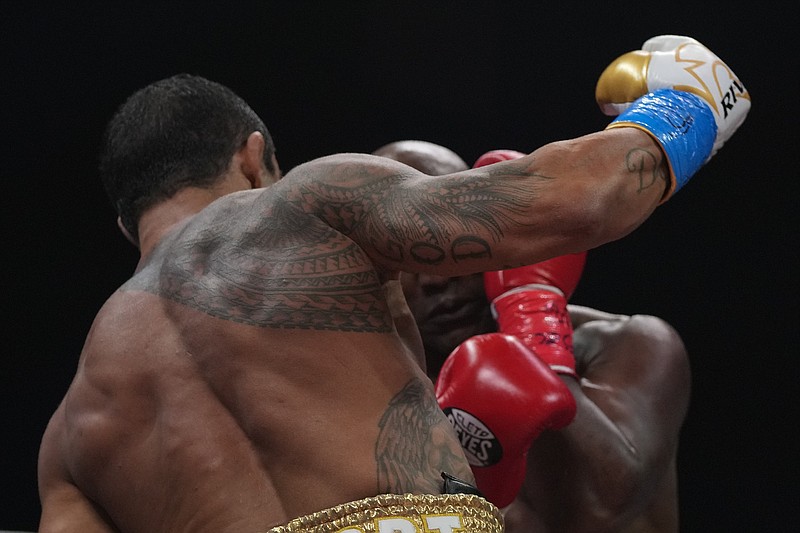 Making money in boxing means never having to say you're sorry.

Not for allowing Evander Holyfield to risk his life at the age of 58 just to make a few bucks. Certainly not for stealing money from gullible fans for a farce of a pay per view show that would have done terrible damage to the sport if only the sport wasn't so badly damaged already.

No one was apologizing -- at least loud enough to hear -- among the crew at Triller Fight Club, a fledging promotional outfit on the fringe of boxing. They managed to get Holyfield licensed in Florida and moved the entire card there on short notice from California after planned headliner Oscar De La Hoya pulled out with what he said was COVID-19.

Holyfield wasn't apologizing, either, after being credited with landing just one punch before being stopped in the first round by a former MMA fighter. The Real Deal apparently now lives on the edge of reality as he suggested after the fight he wanted another bout -- this one against Mike Tyson.

Somewhere else in boxing, though, there was an apology. An apology both rare and heartfelt from a judge who said he messed up. The best thing about it? It came out of nowhere, like a perfect left hook.

Stephen Blea was one of three judges ringside Friday night in Tucson as hometown hero Oscar Valdez took on Robson Conceicao in a junior lightweight title bout. It was a familiar position for Blea, who estimated he had officiated more than 60 title fights as a judge for referee in rings around the world.

On this night, the sellout crowd was cheering -- and cheering loudly -- for Valdez. In his ringside seat, Blea also had to deal with photographers on one side of him and a camera crew in constant motion on the other.

Still, "I honestly thought I would be able to do my Job 100%, no excuses," he said. But the crowd noise influenced Blea early. He scored some rounds for Valdez that could have been scored even, or for Conceicao. In the end, Blea got the winner right. But his 117-110 margin stood out in a fight that was extremely close (the other two judges had it 115-112 Valdez).

The predictable online outrage about his scoring started making Blea think maybe he did get it wrong. He watched a replay of the fight and concluded he should have scored the fight 115-112 or 114-113. So he issued an apology that wasn't just stunning, but unprecedented.

All the horrible decisions over the years. All the controversies over terrible scoring. No one ever apologized for them. But a judge in Arizona did. "The 117-110 score is not accurate and does not represent the actions in the ring and I feel I have let down my federation, the NABF; my organization, the WBC; and most importantly our sport and the fighters inside the ring," Blea wrote.

Hopefully the people at Triller are paying attention because they have some apologizing to do, too. Throwing a man just four years from collecting Social Security into the ring at the last moment wasn't just about making a mockery of a sport that doesn't need any more mockery. It was also about the callousness of risking a man 's life -- or scrambling his brain -- just so the profit and loss ledger could be balanced.

Triller is hardly alone. Boxing has a long history of promoters and managers who have sacrificed fighters for the better good of their wallets. They've ruined careers, and they've ruined lives in a sport so fraught with danger that any punch can be your last.

It was hard to even watch the clips of Holyfield for the short time he was in the ring. The fighter who gave Tyson a beatdown a quarter century ago and then forced him to foul the second time they met looked slow and confused as he desperately tried to find some of the old magic.

Even sadder was Holyfield -- who made $35 million in 1997 for the second Tyson fight -- so desperate for cash that he was delusional enough to even enter the ring. Contrast that with Blea, who was so upset about his judging that he plans to take time off and undergo a thorough retraining program before returning to ringside.

"I am an honorable man with profound love, knowledge and respect to the sport," he said. "I am sorry for having a bad night and having brought unnecessary controversy to such a sensational fight."

A real apology. In boxing, of all places.

Tim Dahlberg is a national sports columnist for The Associated Press. Write to him at [email protected] or http://twitter.com/timdahlberg 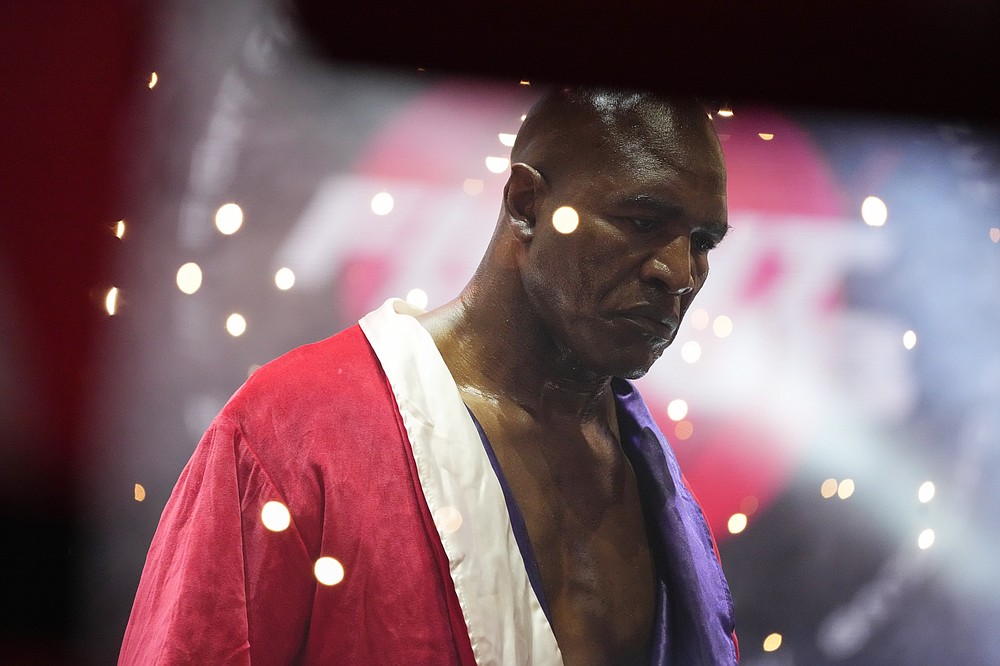 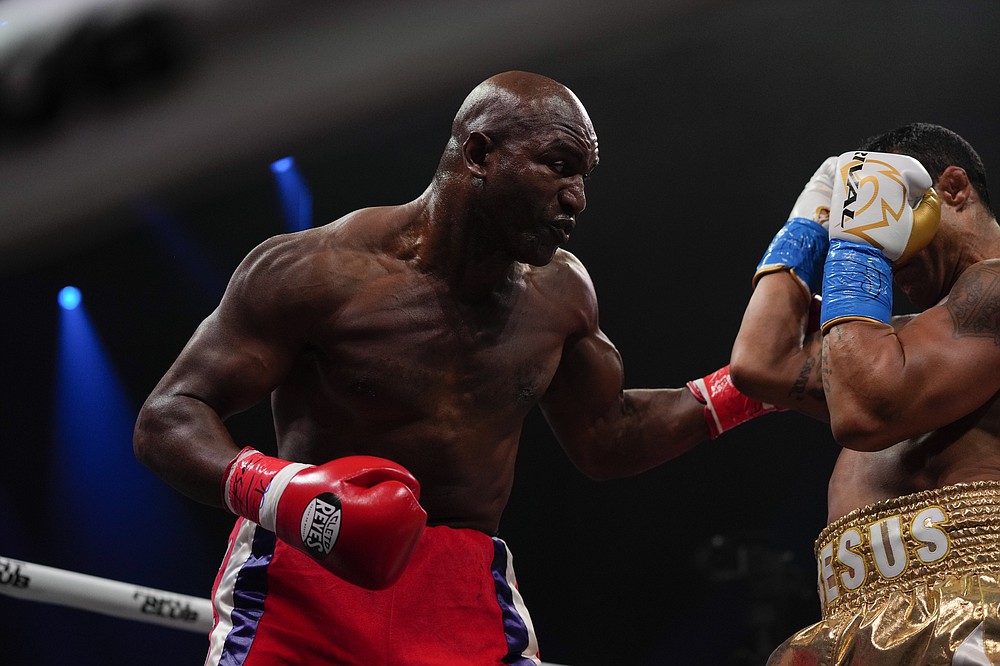 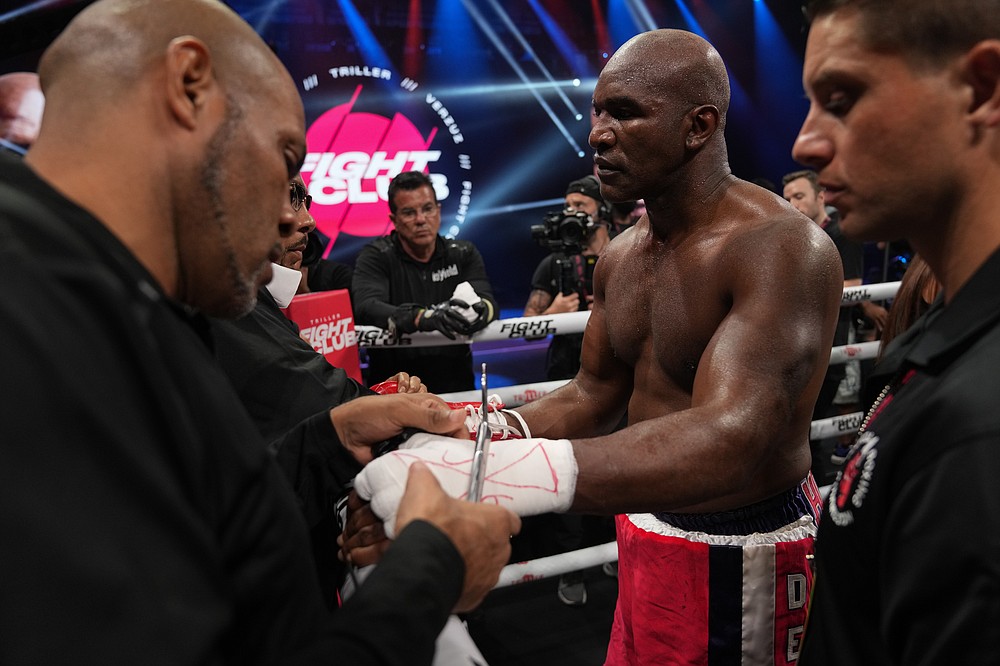