Pearcy woman arrested after meth allegedly found inside her vehicle 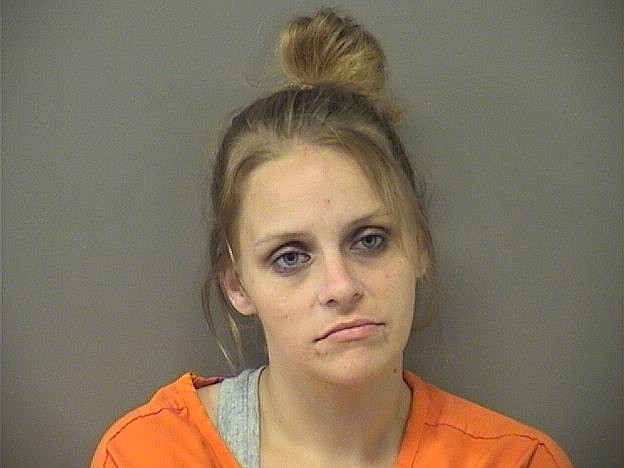 A Pearcy woman on probation was arrested on felony drug charges Monday morning after a large quantity of meth was allegedly found in her vehicle.

Hall was being held on a $15,000 bond and was set to appear Tuesday in Garland County District Court. She was previously convicted July 13 of possession of a controlled substance, meth, and possession of drug paraphernalia stemming from her arrest Dec. 29, 2020, inside a vacant house and was sentenced to six years' probation while additional charges of residential burglary and simultaneous possession of drugs and firearms were withdrawn.

According to the probable cause affidavit on Monday's arrest, shortly after 9 a.m., Hot Springs police Officer Aaron Combs was conducting an extra patrol in the area of the 100 block of Oklahoma looking for suspicious activity or people trespassing on the property at the request of the Hot Springs School District.

While patrolling in the area, Combs saw a woman, later identified as Hall, walking around a white pickup truck. As he approached, Hall reportedly got in the truck and attempted to start it.

Combs made contact with Hall and a computer check revealed she was on probation with a search waiver on file.