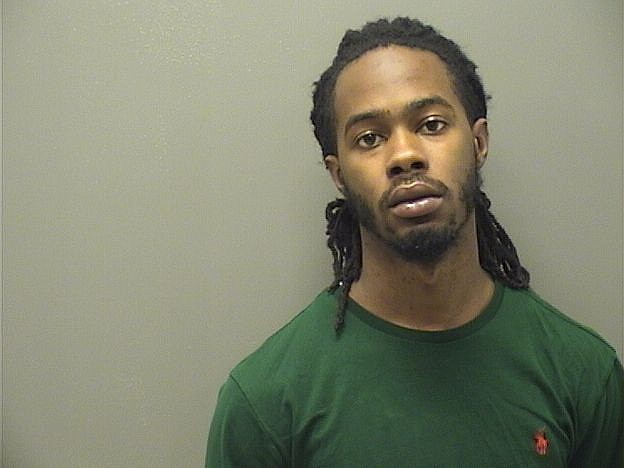 The second of two Malvern men charged in a 2019 Mother's Day shooting that left a local man dead and seriously injured his father was sentenced to 38 years in prison Tuesday after he pleaded guilty in Garland County Circuit Court.

Tommy Woodfork III, 20, was set to stand trial Sept. 27 and could have faced up to life in prison, but opted to plead guilty to first-degree murder for the May 12, 2019, death of Donyell King, 23, and two counts of terroristic act involving the shootings of Donyell King and his father, Donald King, 50, during an altercation outside a residence on Lily Ruth Court.

Woodfork was sentenced to 38 years in prison on each count, to run concurrent, and will have to serve 70%, or at least 26 years and six months, before he is eligible for parole, Chief Deputy Prosecutor Kara Petro told The Sentinel-Record.

Woodfork also pleaded guilty to a third count of terroristic act for shots fired at Donyell King's mother, who was not injured, and to first-degree battery for the injuries to Donald King and was sentenced to 20 years on each count, to run concurrently with each other and with the other sentences.

Petro said she withdrew a felony firearm enhancement that would have added another 15 years as part of the plea agreement. Woodfork is also permanently barred from any future contact with the surviving victims or any witnesses in the case, she said, noting King's family approved the plea offer.

Woodfork "was the actual shooter and therefore received a plea offer of more prison time than what his non-shooter accomplice received at jury trial," Petro said, noting Woodfork's lack of prior felony convictions affected the sentence range.

Burks was originally charged with first-degree murder for Donyell King's death, but the jury opted for the lesser offense and recommended a sentence of 30 years on the murder charge, 20 years on two of the terroristic act counts and five years on the third count with 15 years added for the felony firearm enhancement, all consecutive for a total of 90 years.

The jury found him not guilty of a first-degree battery charge stemming from the injuries to Donald King, even though they found him guilty of the terroristic act charges involving the shots fired at Donald King, Donyell King and his mother, 41, who was in the back seat and not hit by any of the bullets.

The jury had actually recommended some of the sentences be run concurrently for a total of 65 years, but Judge Marcia Hearnsberger ruled to run them consecutive since Burks had instigated the confrontation that resulted in the shootings.

According to the affidavit, on May 12, 2019, at around 11:50 p.m., Hot Springs police responded to the 100 block of Lily Ruth Court regarding a shooting and arrived to find a Chevrolet Cruze in the roadway with bullet holes in the driver's side window. Donyell King was in the driver's seat with gunshot wounds to his face and left shoulder. His mother was sitting behind him holding his head up and yelling, "My son has been shot!"

Donald King was located nearby with a gunshot wound to the left side of his back. Both men were immediately transported to CHI St. Vincent Hot Springs where Donyell King was pronounced dead upon arrival and Donald King was taken to surgery and ultimately survived his injuries.

A female witness at the scene told police she and her friend, Burks, were with her family most of the day "hanging out for Mother's Day." She said she and Donyell King got into an argument and Burks got involved, which led to Burks and Donyell King getting into an altercation.

The altercation was "broken up" and she left with Burks in his vehicle. As they were driving, Burks reportedly called someone and told them what had happened and how he felt "like he was punked out."

She said they met up with a group of people in downtown Hot Springs and decided to go back to Lily Ruth Court to fight. She said she rode with Burks with other vehicles following them. Once there, Burks and "a Black male with dreads" approached the car Donyell King was in and began arguing with him.

She said the male with dreads suddenly pulled out a handgun and fired it at Donyell King and then he and Burks both fled. Three days later, another witness told police she was with the man with dreads who she identified as Woodfork. She confirmed Woodfork got a call from Burks that day asking Woodfork to come pick him up in Hot Springs.

She said they met Burks downtown and followed him to the area on Lily Ruth Court. She said Burks and Woodfork got out of their vehicles and approached a dark-colored car. She said she heard yelling and then saw Woodfork raise a handgun and shoot into the car, striking Donyell King.