Bond set at $15K for ex-Arkansas deputy in teen's shooting 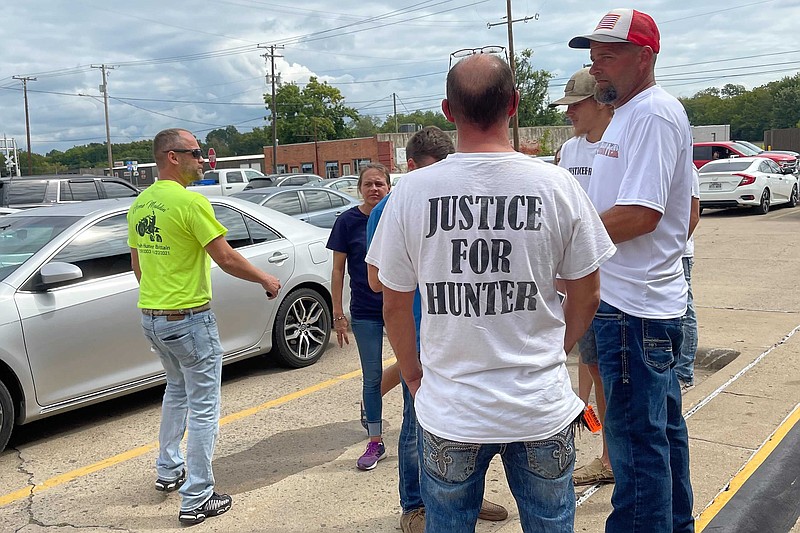 LONOKE -- A former Arkansas sheriff's deputy charged with manslaughter for fatally shooting a white teenager whose death has drawn the attention of civil rights activists was released Monday on $15,000 bond.

Davis was charged Friday with felony manslaughter in the death of 17-year-old Hunter Brittain.

Davis, who is white, shot Brittain during a June 23 traffic stop. Davis was fired by Lonoke County Sheriff John Staley in July after Staley said the former deputy did not turn on his body camera until after the shooting.

Investigators have said Brittain was holding a container at the time of the shooting and that they did not find any firearms in or around the teen's truck.

Davis' attorney has said the former deputy plans to plead not guilty.

Brittain was eulogized by the Rev. Al Sharpton and two attorneys who represented George Floyd's family. They said the teen's death highlighted the need for interracial support for changes in policing. Brittain's family and friends have regularly demonstrated outside the Lonoke County sheriff's office, demanding more details on the shooting.

Floyd died in May last year when a white Minneapolis police officer used his knee to pin the handcuffed Black man's neck to the ground. His death sparked nationwide protests over policing and racial inequality.