Cassy Joy Garcia offers a way to cook once, get 2 meals 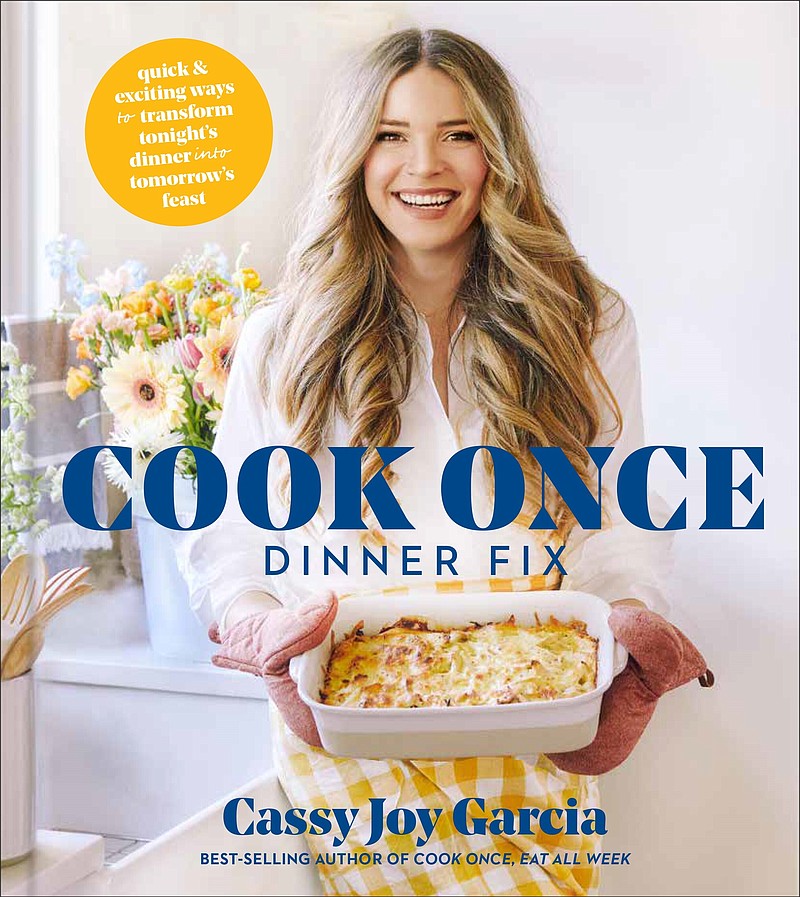 So Garcia had to get creative for her latest cookbook, which offers busy home chefs a way to lower stress levels in the kitchen by transforming one meal into two different ones.

How she does it is by planning out two meals that usually share a protein. She cooks that meat, fish or poultry for one meal and sets aside extra for tomorrow's dinner, which will have its own flavors.

"As we started to put that puzzle together of what it could look like, I started to realize we were gravitating toward something that I already do and have been using," she says. "I've just never really thought about it as a formula."

"Cook Once Dinner Fix: Quick and Exciting Ways to Transform Tonight's Dinner into Tomorrow's Feast" shows how you can go from a beef and veggie stew one night to shredded beef tostadas the next. Or dry rubbed barbecue brisket on Tuesday and cheesesteak stuffed peppers on Wednesday.

"I really like the idea of being able to bridge tonight's effort into a meal in the future," she says. "If you don't get ahead, you feel like you're constantly catching up."

Each set of twin recipes has cooking tips and several ways to make substitutions for diets that are gluten-free, nut-free, grain-free, low-carb or dairy-free. She includes a dozen pairs of vegetarian meals as well.

"Her idea to get a head start to make something really big today that's going to be totally delicious and then take those leftovers and turn them into something else -- that's the real way that she cooks," said her editor, Justin Schwartz, vice president and executive editor at Simon Element, an imprint of Simon & Schuster. "It's a concept that was true to her heart."

Garcia's creativity went into overdrive ensuring that meal No. 2 didn't taste of meal No. 1. She discovered, for instance, that when she made balsamic-pepper grilled steaks for one meal and used some of the reserved cooked steak to then make chipotle beef tacos, the balsamic vinegar worked well with the chilies.

"The biggest challenge was wanting those flavor profiles to be vastly different, but finding commonalities between them," she says.

In one recipe pair, Garcia roasted a whole chicken in a lemon-garlic mix for a rustic country meal and then used the breasts to make an Asian-inspired sesame chicken for the second dish.

"You don't necessarily look at those two dishes and think that they can work together. But garlic and lemon show up in Asian style food a lot. And so I kind of leaned into those threads," she says.

Her editor says Garcia didn't take shortcuts or fall into the lazy trap of just making two similar Southern dishes for meals one and two.

"Cassy has such a great sensibility about food and flavors. So she really brought that to the table," said Schwartz.

Garcia is the creative force behind the popular food blog Fed + Fit, which she started in 2011. A wholistic nutritionist, her previous book was "Cook Once Eat All Week," which stressed cooking over the weekend for use during the week. She lives in San Antonio, Texas, with her husband and two children.

She is a tinkerer in the kitchen, constantly refining. "I sometimes like to think that my recipe development method is almost literally, throw spaghetti on the wall and see what sticks," she says laughing, adding modestly that she identifies with the incomprehensible Swedish Chef Muppet character.

"Cook Once Dinner Fix" is designed to help families stray from the temptation of ordering in, and, by planning two meals, to reduce that tense feeling around 5 o'clock on weekdays: What's for dinner?

"As much as I love to cook, getting a dinner on the table can feel incredibly cumbersome and stressful," Garcia says. "Meal two, it's done. It's planned. You know what it's going to be."

Print Headline: Cassy Joy Garcia offers a way to cook once, get 2 meals