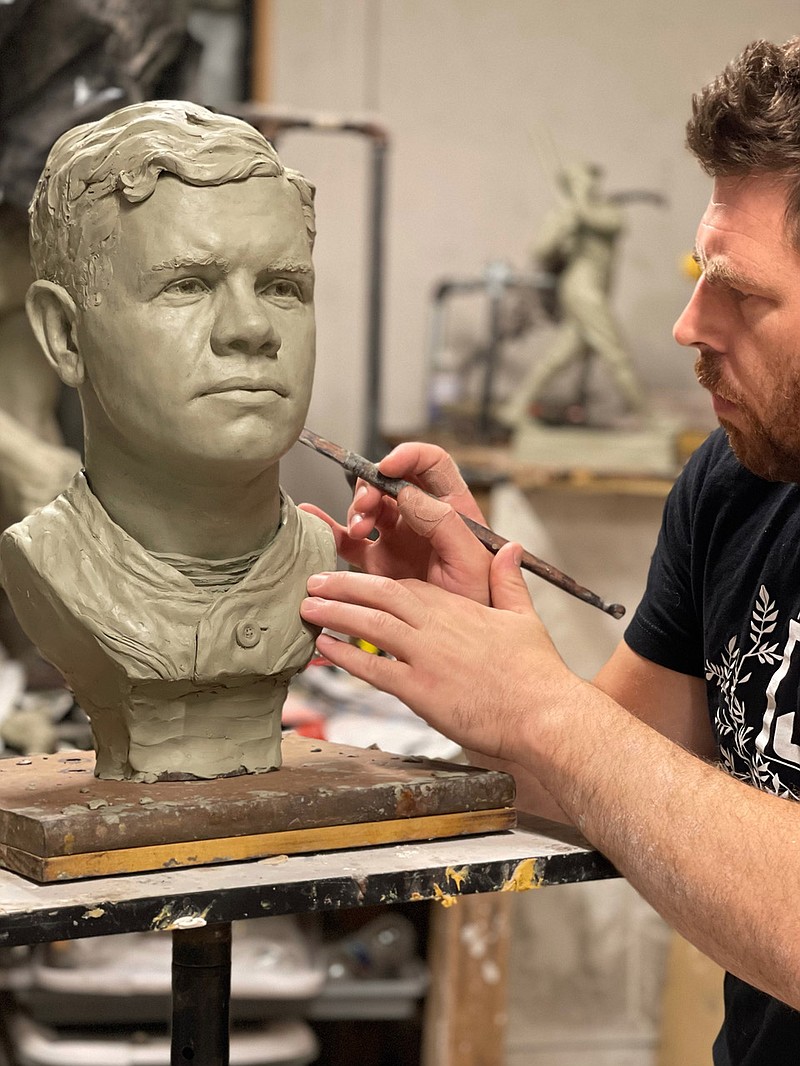 The Friends of Majestic Park has secured three local donors to fund an 8-foot bronze statue of baseball legend Babe Ruth at the new Majestic Park baseball complex, according to Visit Hot Springs.

The donors are Dr. Robert Muldoon, the Hamby family, in honor of the late Daniel B. Hamby Jr., and entrepreneur Lee Beasley.

"These three donors have enabled us to create an artwork that will stand as an object of pride for our city and also as a guiding light for the kids of Hot Springs who will benefit for years to come from the healthy recreational opportunity Majestic Park will provide for them and future generations," Minnie Lenox, a Friends of Majestic Park board member, said in a news release from Visit Hot Springs.

The Friends of Majestic Park, a private nonprofit organization that led the drive to fund the Babe Ruth statue, provides ongoing support for the complex.

"All Hot Springs residents are grateful to them for their generosity and for their affection for their hometown as shown by their support of this project," Lenox said.

No public funds will be used to fund the statue, which will be created by Pennsylvania sculptor Chad Fisher of Fisher Sculpture.

Visit Hot Springs claims the artwork will be one of only three bronze statues of Ruth in the world. Ruth trained and played at the Majestic Park location starting in 1915. Another bronze statue is located outside Camden Yards in Baltimore and the other is in Japan, it says.

Steve Arrison, CEO of Visit Hot Springs, said the statue is certain to become a tourism attraction in its own right.

"Baseball fans from everywhere will come to see this monument to the most famous man who ever played the game," Arrison said in the release. "It will outlast all of us and stand tall in front of Majestic Park for future generations to remind them of the history of the site and our community."

The sculpture will depict Ruth in his New York Yankees uniform just after he has swung the bat, watching as another home run sails toward the outfield fence.

Muldoon, according to the release, graduated from Hot Springs High School in 1984. He received the Sir Thomas J. Lipton Sportsman of the Year Award from the former Boys & Girls Club of Hot Springs, which used to be located at Majestic Park.

"Three generations of the Muldoon family have played and coached on the fields now known as Majestic Park," Muldoon, who practices at Genesis Blood and Cancer Institute, said in the release.

"Our company was started in my grandfather's drugstore -- the Public Drug Store at the corner of Ramble Street and Park Avenue in 1970," Scott Hamby said in the release. "Hot Springs will always remain our home base.

"Our father, the late Daniel B. Hamby Jr., was one of the biggest baseball fans ever, and we are helping fund this landmark artwork at Majestic Park in his honor."

He also has developed or acquired multiple restaurants, including the iconic McClard's Bar-B-Q, and "has a passion for that industry," the release said. "Through all of his many ventures in real estate and restaurant venues he has created hundreds of jobs in Hot Springs."

"I am very excited about the new Majestic Park baseball complex," Beasley said in the release.

"This is something that will benefit the kids in our area while bringing hundreds of families to our beautiful city that I am so proud of.

"I can remember spending many hours playing baseball on that very site. I am happy that I can be a small part of something that will bring so much joy to kids and families for many years to come," he said.

The Friends of Majestic Park was conceptualized by the late Mike Dugan, a local baseball historian who spearheaded the effort to establish Hot Springs as the birthplace of Major League Baseball spring training.

"Mike would be thrilled beyond belief to see the installation of the Babe Ruth statue at Majestic Park, which was his fondest dream as a place for Hot Springs kids to enjoy the game that was his great passion in life," Susan Dugan, his widow and a member of The Friends of Majestic Park, said in the release.

Visit Hot Springs says work is nearing completion on the baseball complex. Teams will begin using the facilities in 2022 for state and regional tournaments and games for local teams.