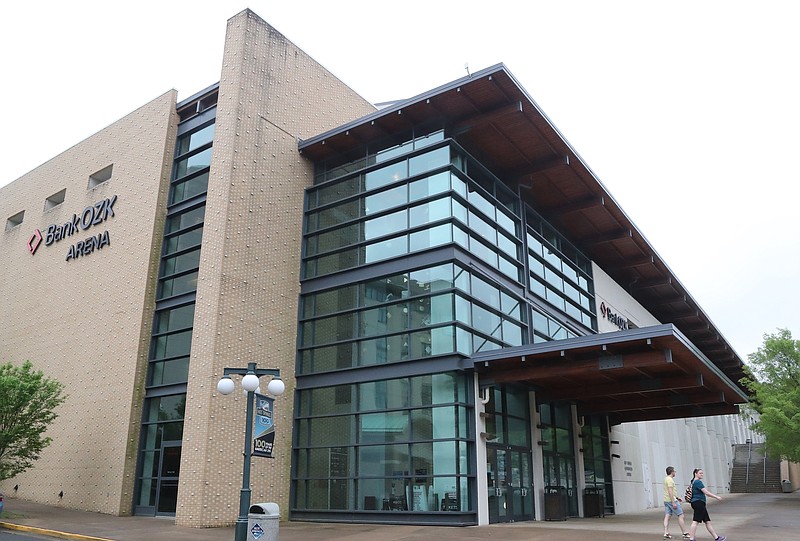 The Hot Springs Advertising and Promotion Commission will consider reappointing two sitting members and appointing one new member to fill an open seat during its regular monthly meeting today.

The commission will meet at 3 p.m. today in the Arlington Room of the Hot Springs Convention Center.

The sole applicant for Position 3 was investment adviser Robert Zunick, a hotel and restaurant owner and developer whose properties include The Waters Hotel, The Avenue and The Rooftop.

Zunick is the husband of Mary Zunick, Visit Hot Springs' cultural affairs manager. Zunick disclosed the relationship on his application for the position.

There were no other applications for any of the three positions. The deadline to submit an application was noon Aug. 9.

If approved, all three appointments must also be approved by the Hot Springs Board of Directors.

The Dec. 31 dates are of note because of a recent shift in term periods for all commissioners that are outlined in a memo from Leysa Lowery, human resources director for Visit Hot Springs, that is included in the agenda packet for today's meeting.

Oftentimes, commissioners have been appointed to fill unexpired terms for vacated seats, such as in the case of Position 3 up for consideration today, which shifted the ending dates of those terms, according to Lowery's memo.

"The result is that periods set for the terms are not following the City Code for those commissioner positions," she said in the memo.

After speaking to City Clerk Harmony Morrissey, Lowery said it was decided the remedy would be to have all commissioners' terms expire on Dec. 31, which means "adjusting" the terms of all current members of the commission, plus the three new members.

Today's agenda also includes the selection of a commission chairman and vice chairman; approval of the 2020 audit; and approval of a change in the dress code in the employee handbook related to the tattoo policy.