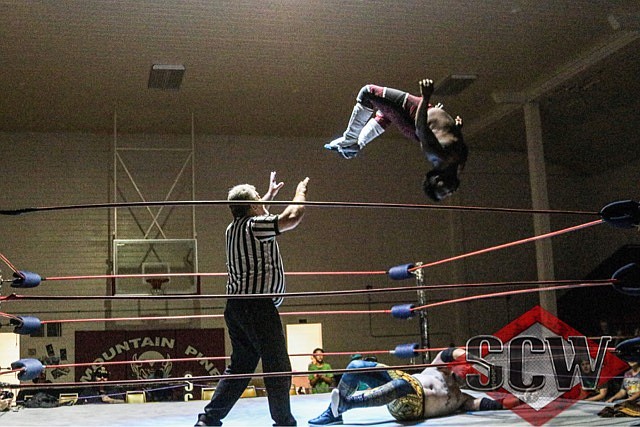 Professional wrestlers will get the opportunity to train with a former WWE wrestler on Oct. 23 when South Central Wrestling brings Al Snow to Mountain Pine for the SCW's monthly wrestling show.

Snow, a pro wrestler and wrestling trainer who has worked for WWE, Smokey Mountain Wrestling, ECW and Impact Wrestling, will hold a wrestling seminar prior to the main show, Antonio Reyes, owner of SCW, a wrestling promotion based out of Mountain Pine, said.

The seminar will last around four hours, and Reyes said it is only open to active wrestlers, or people currently enrolled in a wrestling training school. The seminar is $40, and is not open to the general public.

Snow has held tag team championships at both SMW -- with Mayor Glenn Jacobs, aka Kane -- and at WWE -- with Mick Foley. He is known for carrying around a mannequin head, named Head, and for his friendship with Foley. Snow also received national news coverage when he rescued a child from drowning at a beach in Destin, Fla., earlier this month.

Since 2018, Snow has been an owner of Ohio Valley Wrestling.

Reyes, who also wrestles, said the SCW started in Hot Springs in November of 2017 at the former Boys & Girls Club of Hot Springs, and when that venue closed they relocated to the Mountain Pine gym.

"We are bringing (Snow) in for a seminar for wrestlers, but also for a meet and greet for fans," Reyes said, noting Snow will also have an "eat and greet" lunch on Oct. 22 at The Ohio Club which will be limited to 10 tickets.

Ohio Valley Wrestling was formerly a developmental promotion for WWE, meaning wrestlers such as Brock Lensar, John Cena, Batista, Cody Rhodes, CM Punk and Randy Orton received training there before being called up to the WWE's main roster. The promotion, under Snow's leadership, now serves the same function for Impact Wrestling.

"Ohio Valley Wrestling is where the rookies of pro wrestling, other top talent from across the world, & future WWE/TNA Superstars come to 'learn the ropes,'" OVW's website says.

Reyes said the seminar should help improve the skills and knowledge of the wrestlers who compete in SCW.

"Basically it's a chance for the wrestlers to glean some knowledge from somebody who's been at probably the highest level that you can get to, as far as company-wise -- being with the WWE as long as he was," Reyes said.

SCW is still a young promotion, and Reyes said he hopes to continue to grow it.

Reyes said the SCW runs their shows on the fourth Saturday of each month between February and November. "December and January we do take a break because they still run peewee basketball out of that gym," he said.

"So far really positive," Reyes said when asked what the reaction to their shows have been. He said they average around 60 attendees per show, noting that "we have a group of teachers that make almost every event."

"Every event, because it's an independent show, we have the wrestlers there. They bring merchandise to sell to any fan that wants it," Reyes said, and the wrestlers are there for autographs and handshakes. The roster, Reyes said, includes wrestlers who travel in "from Texas to Memphis and from Missouri," as well as wrestlers from Arkansas.

The wrestlers who perform are independent contractors who "wrestle for many different organizations. There's a lot of different promotions that these guys go between," Reyes said, noting the plan is for each of these promotions to see their product improve after the wrestlers learn from Snow.

"We tend to do five matches a show," Reyes said, and the events usually take two and half hours.

"The appeal of wrestling is an athletic between two people where usually one is willing to win by any means necessary and the other is willing win within the bounds of the rules," he said. "While some want to say words like fake or scripted, I frown on those kinds of words because the only part that is scripted is who's going to win."

Reyes, who started training in 1998, and competed in his first match in 2000, said wrestling is basically "a fixed fight."

For the future, Reyes said, "I am trying to hit 100 patrons on a regular basis. If I can get to that point then I can look at getting into a larger building, something more located in Hot Springs."

He thanked Mountain Pine School District for helping get the promotion into its current venue.

"Mountain Pine school has been really instrumental in helping us with the venue," Reyes said, noting both he and his wife graduated from Mountain Pine High School.

Their next show will be held on Oct. 23, at the Mountain Pine Gym, 199 Third Ave., Mountain Pine. General admission is $5, floor seats are $10 and front row seats are $15. The Al Snow eat and greet, which includes a meal, front row tickets and an autographed Styrofoam mannequin Head, is $60. There are also $40 front row, meet and greet tickets that come with a signed Styrofoam mannequin Head.

Attendees who do not purchase meet and greet tickets will still be able to get Snow's autograph, but Reyes said that there will be an additional fee. 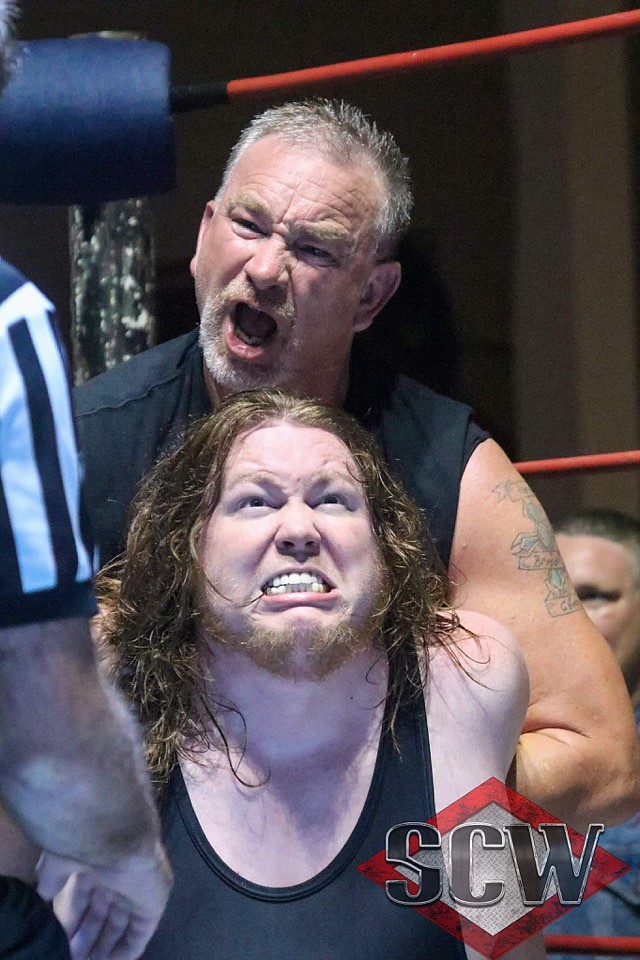