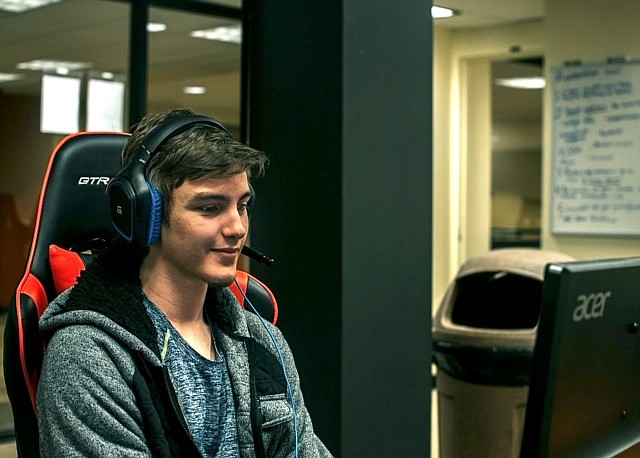 Esports continues to grow across the state of Arkansas, and the Reddies offer scholarships to their esport athletes. The program awarded $20,000 in scholarships to students during the 2020-21 season while competing in a variety of different games.

A group of students started talking about the possibility of a gaming program at HSU in 2018, and John Price, assistant professor of communications, eventually was asked to go to a meeting with the president, chief financial officer and athletic director at the university.

"I thought it was just more they wanted me to answer questions about what is esports, but that turned into, 'Do you mind running the esports program,' essentially," Price said. "It was off to the races from there. Within six months we had a facility on campus that had been renovated."

HSU moved quickly to get the program started. The university purchased 12 computers for its esports lab and by the fall of 2018 the program was coming together. Price said the first real season for the team started in the spring 2019 semester.

"It went from there was no esports program to something within six months," he said. "Which is not something -- in my experience in higher ed -- that is pretty fast."

The lab also boasts headsets and 144 hertz monitors for HSU's gamers. Price said the program is currently working on upgrading the equipment since it has been a few years since those pieces were purchased.

Not every esport athlete competes on a computer, so the lab also includes televisions and gaming consoles.

Aside from regular practice times, Reddie gamers also have card access to the lab so they can play on their own time and get together for fun with their teammates. A major part of the esports program at HSU is that it builds a community in which many students become friends, and there is a major sense of camaraderie within the group.

"It's funny how often you find them playing Uno," Price said. "You have a few thousand dollar gaming computers next to you, and you've got like seven of them playing Uno. It has kind of become a communal space for the students. ... It becomes a home for them."

One student's whole collegiate experience changed because of the esports program at HSU.

"He explained that he had not really expected to make friends," Price said. " He expected to go to college, get his degree and just leave. When he got into the esports program, he found a group of friends he's continued to play with and be friends with now being in the real world. He even met his long-term girlfriend through the program."

Price noted that esports is more like traditional sports than one might think at first. Price spends time recruiting, going to high schools and watching film on potential future Reddie esport athletes. He also invites students onto campus so they can check out the program.

Many high schools in Arkansas now have esports teams, and Price likened the way he watches gameplay to how scouts would go out and watch a football or baseball game.

Price started playing video games when he was very little, and he holds a professional background in the field as well.

Tempo Storm, an esports organization based in California, hired Price to work as web administrator, content manager and public relations person. Price worked in the background at Tempo Storm dealing with sponsorships while going to events and conferences.

"Esports, it's a big industry," Price said. "Much like professional sports, the amount of people that are actually playing the game is a small minority in the larger scheme of things that are around it and different careers."

When Price got a job at HSU, he mentioned his previous involvement in esports and things snowballed from there.

Price is technically the coach of each individual game for all the different titles the Reddies compete in, but he emphasized how difficult that can be at times.

He sometimes brings in professional coaches to help his teams, and he also creates practice plans with the captains of each team.

Price said he has had students who came out of the HSU esports program and went on to build programs at other universities because of the experience they gained coaching as a Reddie.

HSU junior Jesse De La Cruz is a team captain who has helped coach at HSU.

"In short the experience has been phenomenal," De La Cruz said. "I think one of the main qualities I've earned is leadership. I've gotten to serve as the team captain and coach for a couple of the teams throughout each semester and have developed a lot of teamwork, communication and leadership skills."

Being a part of the Reddie esports program provides other opportunities that are different from just competing in games. De La Cruz is part of a production team that manages the Twitch streams the Reddies broadcast their competitive matches on.

The junior helps design graphics and other aspects of the streams, and he liked the digital media side of things so much after being involved with the esports program that he changed his major from music education to digital media production.

De La Cruz said he gets a lot of freedom when it comes to honing his own craft in the Twitch streams.

"I'm hoping to pursue something similar to TV broadcasting but ideally in the esports world," he said. "I'm getting a mix between my classes of traditional TV broadcasting and getting familiar with some of the newer software and equipment that's used for the more esports side of things."

Usually two to three teams practice in the HSU esports lab during any given day. When teams are in season, HSU esport athletes tend to have two to three nights of required practice a week along with competitions. Those practices tend to last a minimum of three hours.

Price highlighted that while his players have about 15 hours of required time a week, many of them also practice on their own time because they love playing their respective games so much.

Collegiate esports can get confusing when it comes to the structure of competitive play and how conferences are set up.

While Reddie fans are very familiar with structured entities like the Great American Conference and Division II of the NCAA, conferences and leagues can vary by game title in collegiate esports.

HSU competes in the Peach Belt Conference in Overwatch and League of Legends, but outside of those two titles the leagues really start to vary.

"You might have one title that has very official, well regulated, clear rules," Price said. "Then another title that has literally nothing that's being completely student run. It can cause some interesting things."

Some of the other titles the Reddies compete in are Super Smash Bros., Rocket League, Call of Duty and Valorant.

Price said the developer of Valorant and League of Legends, Riot Games, has its own national collegiate tournament that it funds where teams from different conferences get seeded into the tournament in a March Madness style bracket.

"In the collegiate space, conference play and competitive play is very decentralized," Price said, noting the Riot Games tournament system is not the norm. "Each one of those (titles) has an entirely different community around it. ... For other titles and such, there might not be an established developer tournament or league."

Overwatch ranks as one of games the Reddies have had the most success playing in recent times. The Overwatch team qualified for the Peach Belt Conference tournament the past two years.

"All of our teams have at least had some amount of success," Price said. "Rocket League is another example of that. League of Legends, we had a rough season this time around but previous year our League of Legends has done admirably in their Peach Belt competitions and the like."

De La Cruz started playing Overwatch a few months after the game released, and he likes the six-on-six aspect of the game. De La Cruz and the HSU Overwatch team made the playoffs and got to travel to South Carolina for the postseason.

"That was a lot of fun," he said. "Just the trip up there, the activities we were able to do outside of actually competing at the event, the different teams we were able to meet, there were lots of social gatherings. ... It was super cool."

HSU's program also hosts community events and local tournaments for games like Super Smash Bros., so all the gaming that happens is not ultra-competitive.

Price said parents are now starting to come around to the idea of collegiate sports.

When the program first started, parents were shocked that there was an esports program at HSU and even more blown away when they found out there were scholarship opportunities within the program. Now, parents approach Price with in-depth questions and really try to see if the HSU esports program is the right fit for their student.

Price said it is heartening to see family members supporting their esport student-athletes after hearing from many students who were not supported.

"I think that's one of the biggest changes," he said. "It's really less of, 'That's a thing?' and much more of a, 'OK, this is something that is a viable way to move forward' and parents getting behind it." 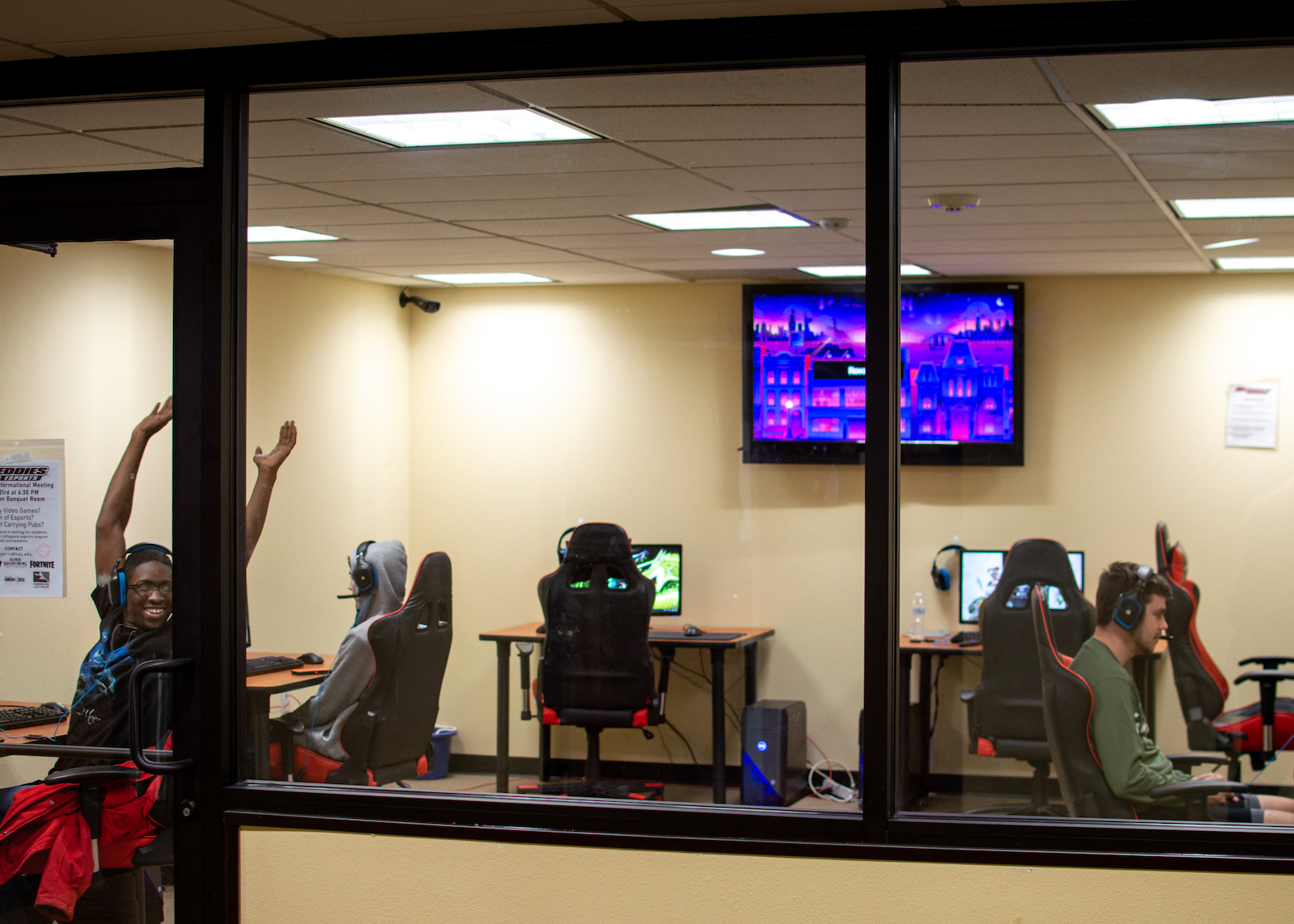 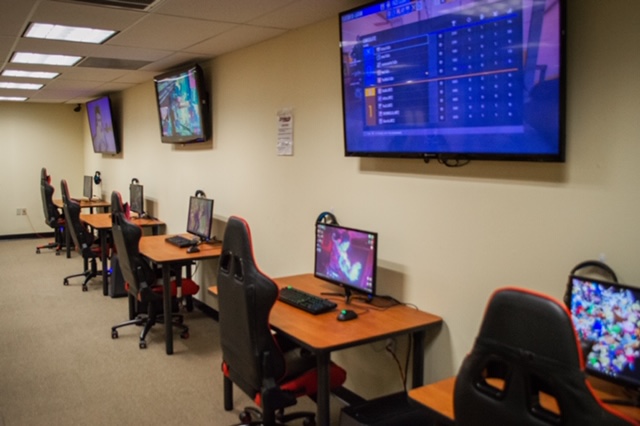