Getting late: Is your team fit for October? 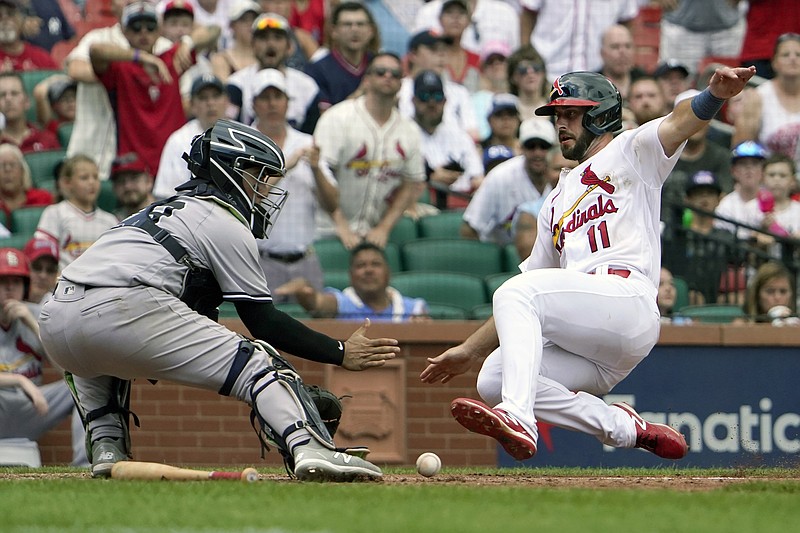 In case you haven't noticed, these are the dog days of baseball season, one that starts in February when pitchers and catchers report for spring training and ends in October when two teams play for the right to sip champagne after winning the World Series.

They have played enough games (more than 100) to draw certain conclusions. If your team hasn't flicked on a switch by now it probably won't happen. The Chicago Cubs, baseball's darlings in 2016 with their first world title since 1908, will not be playing on Columbus Day. A few managers have been fired and some others are likely to join them (one expects a white courtesy phone in dugouts of the Boston Red Sox and Cubs, letting Alex Cora and David Ross know the front office is going in a different direction).

Meanwhile, Atlanta and Houston, which gave us a matchup of former National League rivals in the 2021 World Series, might square off again, the Braves seeking to repeat and the Astros looking for their second world title in six years. First, the Braves must get by the NL-East leading New York Mets, which with Max Scherzer and Jake deGrom in the pitching rotation is no sure thing.

The Los Angeles Dodgers, whose manager, Dave Roberts, predicted in the spring would win their second Series in three years, have, by all accounts, the sport's best everyday lineup, sometimes with four past MVPs. They enter the game's last third of the season on a vigil after the passing of popular former Dodger announcer Vin Scully last week.

Some of us pulled up a chair, to use a Scullyism, when the Dodgers and the New York Yankees were World Series fixtures. Jackie Robinson's first Series in a major-league uniform (1947) came against the Yankees. Scully called the 1955 Series, the only world title for Brooklyn, with Robinson near the end of his trail-blazing career but lefty Johnny Podres throwing a Game Seven shutout in the Bronx. It would be the last Subway Series until the Yankees beat the Mets in 2000 for a third-straight title.

The Yankees, often described here as the Tiffany franchise of sports, have a record 27 Series titles, and almost that many retired players' numbers. About the Yankees, it was said in their heyday that cheering for the pinstriped team was like "rooting for U.S. Steel."

Their National League equals, a term best used modestly, are the St. Louis Cardinals with 11 Series titles. St. Louis developed a rabid fan base when it was the westernmost city in the major leagues, Arkansan Dizzy Dean and the immortal Stan Musial among its greatest players. People in the know call St. Louis the best baseball town in America and boasts the most knowledgeable fans.

A Cardinals-Yankees matchup, once available only in spring training or the World Series, formed the backdrop for a weekend series at the third ballpark to call itself Busch Stadium. They played three games, after which the Cardinals led the NL Central and the Yankees the AL East, but with St. Louis streaking with seven straight wins and New York stinging from five straight losses

It is hard to base long-range predictions on three interleague games in August, to be sure. But a couple of trends were spotted in games that the Cardinals won 4-3, 1-0 and 12-9.

The Yankees, for one, surely wonder what will happen if Aaron Judge, their main power source, is turned off. Judge played the St. Louis series without raising his MLB-leading total of 43 homers (he hit No. 44 in the ninth inning Monday night in Seattle). The club has not retired a number higher than 51 but might do that someday with Judge's 99, especially if he breaks Roger Maris' franchise record 61 homers of 1961 and stays with the team after this year, having bested the team in arbitration in early season.

One wonders if the white courtesy phone will ring for General Manager Brian Cashman and manager Aaron Boone if the Yankees go a 13th season without a Series victory. That is an eternity in the Bronx, the Yankees playing only two decades (1980s, 2010s) without one since the Red Sox sold Babe Ruth to the club in 2020.

New York sports columnist Mike Lupica openly wondered Sunday if Gerrit Cole will pitch in October like a high-priced staff ace. The Red Sox roughed up Cole in the AL wild-card game last year at Fenway Park; last week, in the Bronx, the Seattle Mariners touched him for six runs in the first inning. New York looks for another Whitey Ford, Ron Guidry or Andy Pettitte on the mound in big games. Lupica asked how one might bet if the Yankees faced Houston's Justin Verlander, long a money pitcher of high quality, in a short October series.

Unlike Yankee fans, Cardinal Nation is happy with an occasional Series appearance. They have won two titles (2006, 2011) with core players Albert Pujols, Yadier Molina and Adam Wainwright, all nearing retirement. They are receiving MVP-like seasons from cornermen Paul Goldschmidt and Nolan Arenado, and frankly play in the MLB's weakest of six divisions, but questions abound if first-year manager Oliver Marmol is up to the challenge and whether the pitching staff is deep enough.

Though the Arkansas Travelers are no longer a proving ground for future St. Louis players, the Cardinals maintain a strong following in our state. They've had me hooked since 1967 (a Series-winning year) when a Hot Springs station carried their games on radio. Even the dog days of summer make one appreciate the national pastime, though football is challenging that long-held notion.

Print Headline: Getting late: Is your team fit for October?