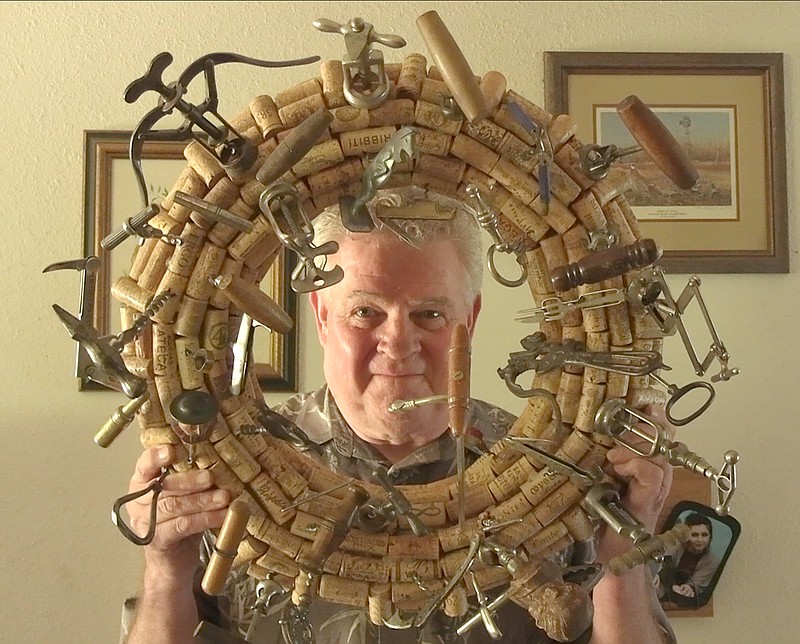 Dennis Johnson holds a cork and corkscrew wreath. - Photo by Andrew Mobley of The Sentinel-Record

Dennis Johnson is a self-proclaimed helixophile. In layman's terms, he's a corkscrew enthusiast.

Either way, one simply has to walk through the front door of his house to see the extent of his interest, as two walls of the living room are artfully decorated with corks and wine boxes, and a poster on the opposite wall displays a great variety of corkscrews.

To see the full extent of Johnson's corkscrew fixation, however, one must step foot into his home office. Corkscrews of every variety populate the room as if it were a garden, sitting atop many surfaces, filling boxes on the floor, and even sprouting from a cork wreath hanging on the door -- those on the wreath are of particular interest or value. Books concerning corkscrews sit open on his desk and line shelves -- which are themselves repurposed wine boxes.

One would almost think Johnson was an alchemist or Renaissance inventor.

"I started collecting corkscrews probably in 1972, after I got out of the Air Force in '70," Johnson said.

"I was in the liquor business for 54 years ... after getting out of the Air Force, going to college, I went to work for the third-largest retail liquor store in Oklahoma. And because it was a large store, all the supplier reps came in there to visit with us, because they knew that in a big store they had a better chance of selling their products," he said.

"So, all of a sudden, they started giving me a corkscrew, which at the time was what they were doing -- over the years it was mirrors and neon lights and all that stuff. And at that time it was corkscrews is what they were giving out. So one day I went home and realized that I had like 10 of them in my kitchen drawer. My wife's like, 'get them out of there, they're in the way ... they're messing up my drawer.' So I took them out and I thought, 'well you know, that's kind of neat.' Then I started asking reps if they had any corkscrews and next thing you know I got 20 or 30," Johnson said.

"I've always been kind of a swap meet kind of guy, and so I started going around to the flea markets and swap meets and garage sales and started looking for corkscrews. So I guess '72 would have been the first year and I've got one coming on the way tomorrow. It's been a long journey."

After retiring from the liquor business, Johnson did not leave empty-handed and now focuses on his passion and his massive collection.

"I spent, say, 50 years collecting them. And then I said 'when I retire, I'm going to sell them and hopefully I'll make a whole lot of money.' Unfortunately, things have changed over the years. People my age or older than me who had collections passed away and their kids didn't want them," he said.

"They're my passion -- my kids, if I were going to give them to them, they'd want me to give them to them for the money. They don't want to mess with them -- there's a lot of them. I've sold a thousand in the last year, probably made $40,000. No big deal, because all these are, to me, they were all free. My kids never missed a meal. We never failed to get whatever we needed for the family and I just out-of-pocketed them and paid small amounts," he said.

It would not be unreasonable to say Johnson is deeply invested in the helixophile world, following corkscrew-related activities around the globe.

"There are two clubs in the world, one is in London and it's called the International Corporate Corkscrew Addicts -- it's a closed 50-man membership. The other one is in Canada, it's called the Canadian Corkscrew Collector's Club. I was a member of that for 25 years," he said.

Johnson is also a scholar on the subject of corkscrews.

There is a framed quote on the wall of Johnson's office which says: "Does not the cork redolent of balsam, endure the piercing of the iron claw, whence from the fissures flow such a precious drop of liquid." The quote is attributed to Sedulius Scottus and is dated as being from the ninth century, indicating just how far back in history corkscrews have been used. However, a patent was not developed for corkscrews until 1790, Johnson said.

"I try to be a student of it and unfortunately for the last few years I haven't had to worry about it all because all I've been trying to do is just sell them," he said.

Johnson started by selling the duplicates he had, of which there were only 300 or 400.

The sheer scope of Johnson's corkscrew collection is impressive -- he has even more stowed away in a barn -- and while it may be true that you can't take it with you, the true joy with which he regards a timeless gadget many may find innocuous is inspiring.

"It's been quite an amazing trip. I've really enjoyed it," he said. 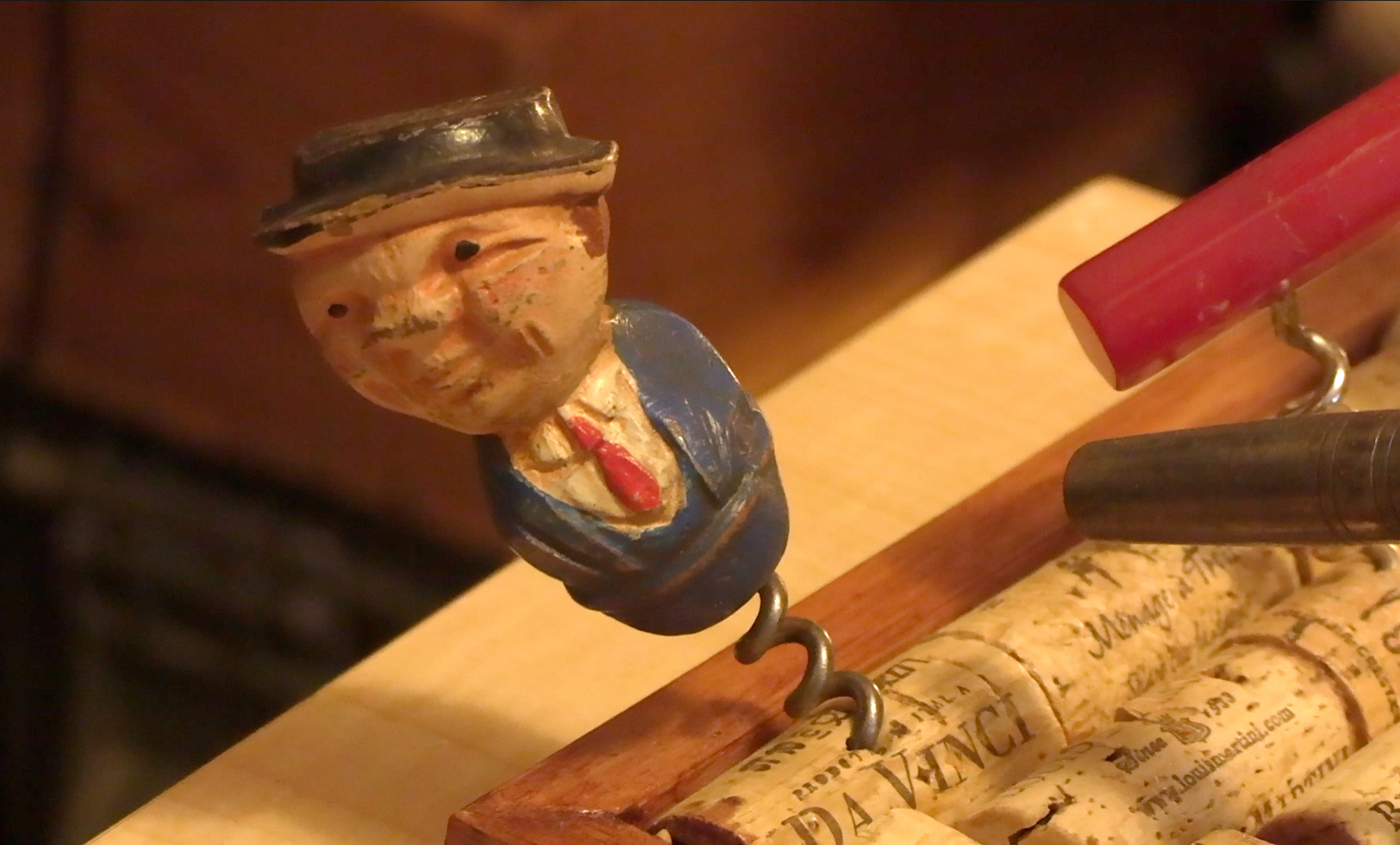 An effigy corkscrew in Dennis Johnson's collection is shown. - Photo by Andrew Mobley of The Sentinel-Record 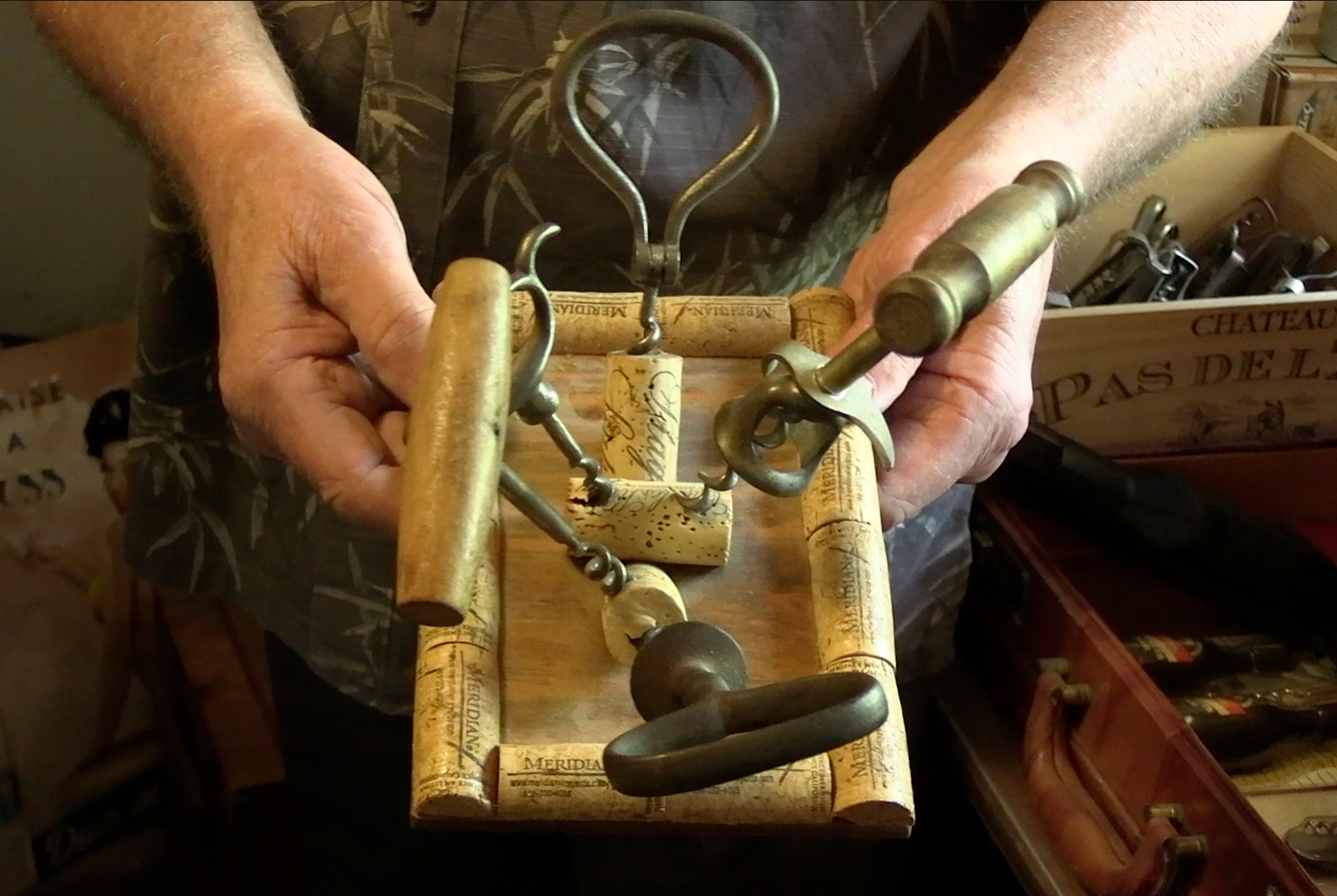 Dennis Johnson shows an assortment of corkscrews in his collection. - Photo by Andrew Mobley of The Sentinel-Record 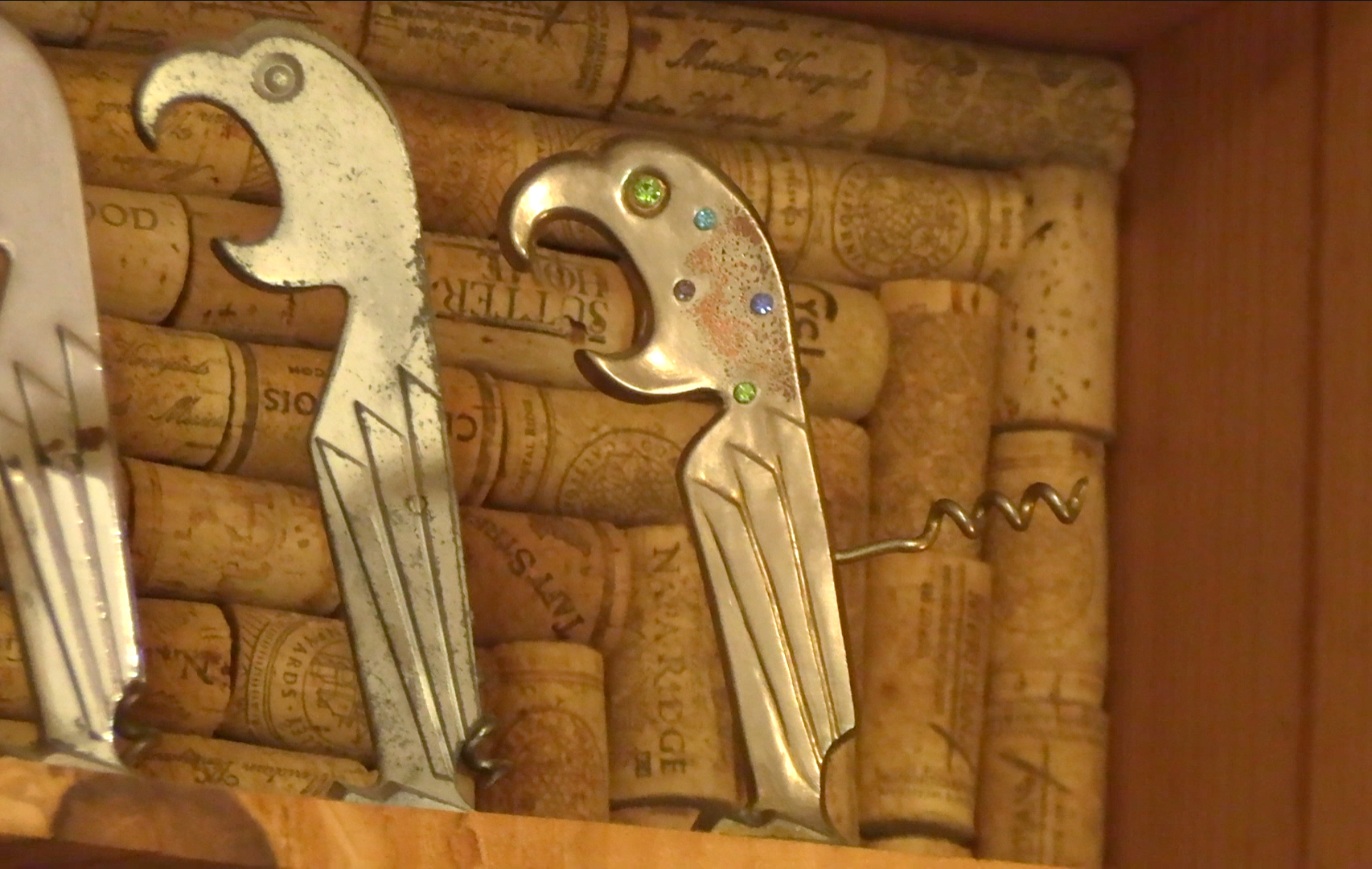 Metallic avian corkscrews are displayed in a row along Dennis Johnson's shelf. - Photo by Andrew Mobley of The Sentinel-Record