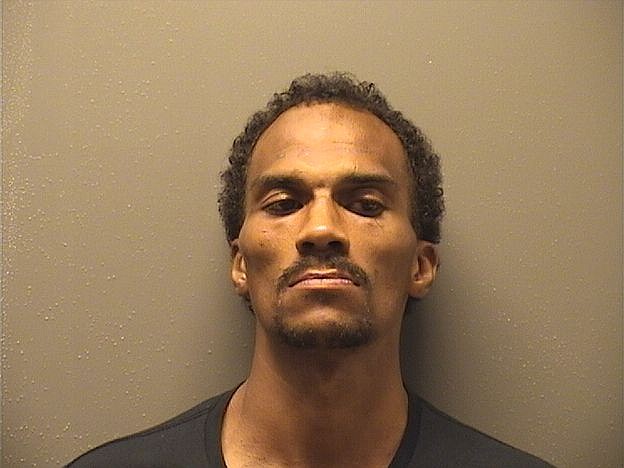 A third suspect has been arrested in connection with a brutal beating on Brad Street early Tuesday where the victim, a local man who is now in critical condition, is not expected to survive, according to a Hot Springs police report.

Thomas Lewis Brooks, 35, alias "Tall Kan," who lists a Grove Street address, was taken into custody around 12:45 p.m. Thursday in the area of Hazel and Woodbine streets and charged with first-degree battery, a felony punishable by up to 20 years in prison, for the alleged attack on Emmanuel Fields, age not listed, of Hot Springs.

Two alleged accomplices, Brandon Matthew Sims, 22, who also lists a Grove Street address, and Adrian Lamar Gipson, 19, who lists a Greenwood Avenue address, were arrested around 4:30 a.m. Tuesday, shortly after the alleged assault, and each charged with first-degree battery. Brooks, Sims and Gipson all remained in custody Friday in lieu of a $750,000 bond.

Sims and Gipson made initial appearances Wednesday in Garland County District Court and Brooks was set to appear Friday. According to court records, Brooks was previously convicted in Garland County on Oct. 2, 2018, of a felony count of theft by receiving of a credit or debit card and sentenced to six years' supervised probation. His probation was revoked on March 17, 2020, and he was sentenced to three years in prison, but later paroled.

According to the probable cause affidavit on Brooks, shortly before 3:30 a.m. Tuesday, police responded to the 200 block of Brad Street regarding a man, later identified as Fields, who was lying in the roadway unresponsive with "obvious trauma" to his head and upper body.

Fields was transported by LifeNet to a local hospital for treatment and "evidence at the scene indicated he was beaten," the affidavit says. Fields' condition at the time was "considered critical" and he was placed on a ventilator. As of late Thursday, "Field's status has not changed and he is not expected to survive," the affidavit said.

A male witness was located in the area of Brad Street that morning who indicated there was a fight and two of the suspects were in a white car behind a house adjacent to Brad Street. Officers located the vehicle and found Sims and Gipson inside. It was noted suspected blood was observed on Sims' pants and Gipson was not wearing shoes.

After being read his rights, Sims reportedly admitted he, Gipson and a third man with the street name "Tall Kan" had beaten Fields. Gipson, when questioned, reportedly denied any participation in the attack, but admitted to being present.

A female witness in the area reportedly told police she observed some of the incident and there were at least three males beating Fields and the attack "lasted 10 to 15 minutes." She said she could hear Fields "moaning in distress" and then he stopped.

She noted the three suspects "continued to beat Fields after he stopped moaning, starting and stopping at least twice."

Further investigation by detectives reportedly determined a local resident, identified as Brooks, uses the street name, "Tall Kan," on social media. On Thursday, Brooks was arrested and brought to the police department for questioning.

Sgt. Scott Lampinen interviewed Brooks after reading him his rights and he allegedly admitted he, Gipson and Sims, had beaten Fields. He stated Fields had been "knocked out" and was on the ground defenseless and they all continued to beat him.

Sims reportedly admitted to taking at least one photo and one video of Fields lying on the ground injured. No motive for the attack was indicated in the affidavit, and Sims reportedly told police he didn't know why he was fighting the victim, and noted he was just "supporting his younger brother," indicating Gipson.