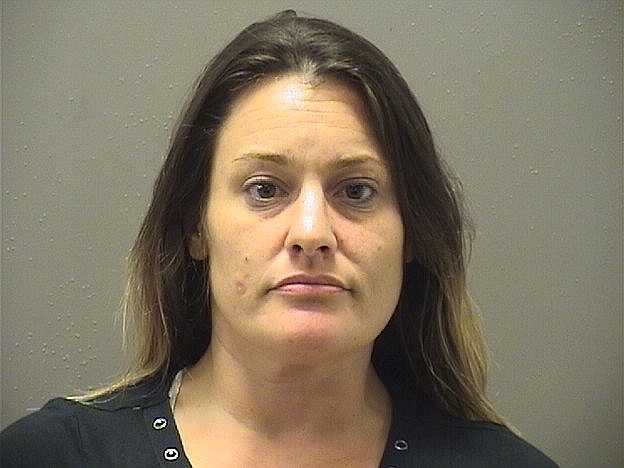 A traffic stop for failing to use a turn signal led to the arrest of a woman on felony drug and child endangerment charges after it was allegedly determined she had left her child alone at a local hotel with drugs in the room.

Brittney Michelle Connor, 41, who listed the Days Inn, 2208 Central Ave., as her address on the booking form, was taken into custody around 11:15 p.m. at the hotel and charged with possession of a controlled substance, meth, with purpose to deliver, and possession of drug paraphernalia, each punishable by up to 20 years in prison, and first-degree endangering the welfare of a minor, punishable by up to six years.

Connor, a felon, remained in custody Thursday in lieu of a $12,500 bond and is set to appear today in Garland County District Court. According to court records, she had several prior convictions, the most recent in Pulaski County on May 29, 2018, for possession of a controlled substance, meth, and possession of drug paraphernalia, where she was sentenced to three years' supervised probation.

According to the probable cause affidavit, Hot Springs police Sgt. Eric Wilhite saw a white Mitsubishi Galant northbound in the 1400 block of Central Avenue that made "an abrupt lane change" without signaling. He caught up to it as the car made several turns and then headed south and then quickly turned into the lot of Days Inn, where he stopped it.

He made contact with the driver, identified as Connor, who told him she didn't have her driver's license with her. She made a spontaneous statement that she swerved earlier because a dog ran out in front of her.

Wilhite explained the reasons for the stop and noted she seemed "extremely nervous." As she was searching for her insurance and registration, she reportedly kept reaching near her right hip prompting Wilhite to ask what she was reaching for and she denied having anything.

She asked if she could get out so Wilhite could look and he let her, but when he asked for her consent to search she denied it. Officer 1st Class Jonathan Smith and his K-9 partner, Bear, had arrived to assist so Wilhite asked for them to have Bear do a K-9 sniff of the vehicle.

At that point, Connor reportedly began "to pray aloud" and became even more nervous. Bear allegedly alerted on the driver's side seat area where officers allegedly found a suspected meth pipe, so Connor was taken into custody.

Connor told officers her 9-year-old son was alone in a room at the Days Inn and "she was worried about him." Wilhite asked if there were any narcotics in the room and Connor allegedly admitted she had an 8-ball, about 3.5 grams, of meth in the room in a suitcase and she reportedly gave them consent to look for it.

Sgt. Joey Williams, who had also arrived, got a room key from the front desk and entered the room where officers found a juvenile asleep in a bed. They noted numerous items of drug paraphernalia in plain sight including multiple glass smoking devices "in reach of the juvenile."

They reportedly found a pill bottle with meth, 5.4 grams, and another pipe inside a suitcase next to the child's bed. They found a baggie of meth, 0.7 grams, near a microwave in the room. They also found a plastic bottle with numerous baggies "commonly used for packaging narcotics for sale" and digital scales, all near the child's bed.

An agent with the Department of Child and Family Services was contacted and took custody of the child.