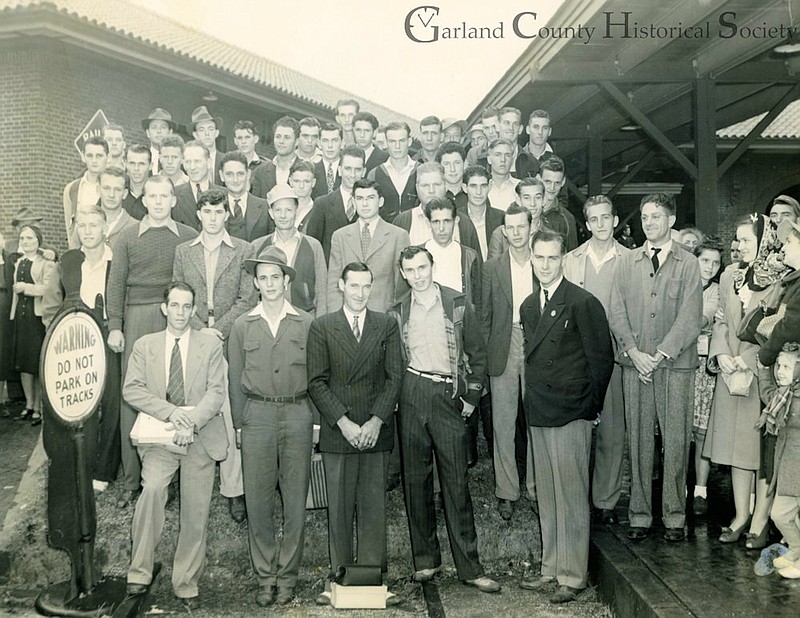 On Dec. 7, 1941, the attack on Pearl Harbor galvanized the nation, including Hot Springs and Garland County. On Dec. 8, guards were placed at the Army and Navy General Hospital gates and at Carpenter and Remmel dams while, in front of The Sentinel-Record and New Era newspaper office on Central Avenue, young newsboys sang “God Bless America.”

And on Dec. 8, young men from here volunteered to serve their country. One was Pancho Rowe. On Dec. 7, he was a carefree 19-year-old who had stayed out late the night before at a party at Fountain Lake. Working a Sunday shift as a soda jerk at Schneck’s Drugstore, he heard that the Japanese had bombed Pearl Harbor. He later recalled a reaction that many others shared, “I didn’t know where Pearl Harbor was.” He enlisted on Dec. 8. By January, he was serving in the Army Air Corps, and for the next four years he was a bomber pilot in the Pacific.

On Dec. 8, the Red Cross Civilian Defense organized standing committees and outlined plans. The meeting included every medical agency in town, the funeral homes, Commissioner of Public Safety Weldon Raspberry, and hospital groups. They discussed the formation of a home guard and plans for a practice blackout with all sirens in the city sounding. By Dec. 10, a County Defense Savings Staff with Circuit Judge Earl Witt as chairman had been organized.

On Dec. 11, Hot Springs had its first air raid drill at the airport, and the American Legion was put in charge of supervising blackout drills in the city and county. Hot Springs and the rural county areas were divided into sections, and a captain was put in charge of each. The local USO, which was scheduled to close on Dec. 30, appealed for help to keep open in light of the national emergency.

On the same day, the personnel of an aircraft spotting station at the airport was announced. Directed by the American Legion, 30 volunteers — some of them women — manned the station in six-hour shifts, 24 hours a day. Frank Shea was named head of the Civilian Defense committee of the American Legion, which would work with the Commissioner of Public Safety and with Sheriff Marion Anderson to make defense plans for the Hot Springs area. All war veterans were urged to volunteer their services to the defense program.

Residents who tried to buy tires on Dec. 11 found that the government had that day banned their sale. People checking the radio schedule found that CBS had canceled a scheduled Dec. 11 broadcast by Charles A. Lindbergh from an America First rally. Isolationism had ended on Dec. 7.

These are just a few of the effects felt in Garland County during World War II’s first four days. In the four years ahead, every aspect of life here would be transformed. While thousands from Garland County left to fight in every theater of war, those left behind fought, as President Roosevelt urged, on “One front and one battle where everyone in the United States — every man, woman, and child — is in action. That front is right here at home, in our daily lives.”