WATCH, LISTEN: CMS' football field to get turf, other upgrades 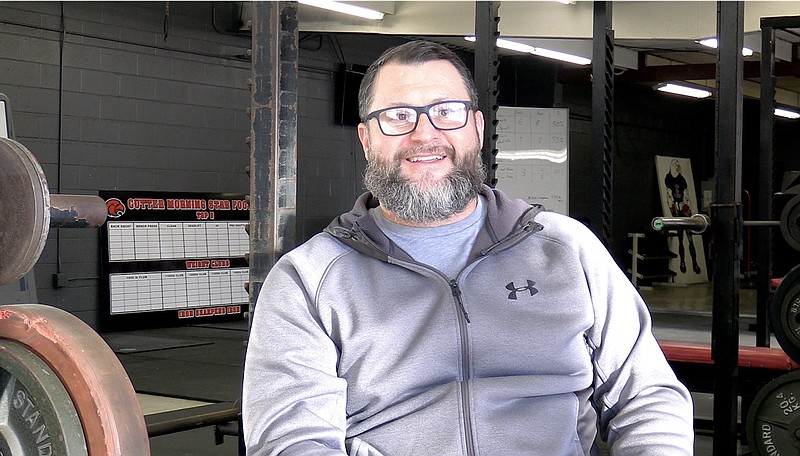 Cutter Morning Star's Eagle Field is getting a giant revamp.

After the Eagles' first year in eight-man football, the school is replacing its grass field with artificial turf, adding new lights, adding new seating, putting in a new scoreboard, replacing the goalposts and installing a new press box.

Cutter Morning Star head coach Matt Kinsinger said the goal is to improve facilities, and the turf might bring some attention to the school when new, prospective students move into town.

"First and foremost, I think it's going to be something that makes it a multipurpose field all year around for our athletic programs and for our band and different programs like that," he said. "So I think it's really multipurpose. It'll be good for the community. If the kids want to come out here and play ball, they've got a spot. I don't have to chase them off because I'm running the sprinklers."

Kinsinger said he wants to make sure the project is done by the start of this upcoming 2022 football season.

"It's hard to make statements nowadays with the whole COVID thing because you just don't know because materials are harder to get," Kinsinger said. "I'm hoping by the end of school this year we'll be ready to go. ... Three to four months is about the go time for it."

Although the Eagles play eight-man football, the school is installing turf with 11-man dimensions. Cutter Morning Star's goal is to one day return to 11-man football, and in the meantime temporary lines will be painted on the field for eight-man competition.

Video not playing? Click here https://www.youtube.com/embed/-Rk6yWxqFB8
Kinsinger said Eagle Field's grass field is a really nice field, but drainage issues represented one of the main reasons the school wanted to transition to a turf field.

"When I got here you know having that conversation of a brand new high school, and in phase two, (Superintendent) Dr. (Nancy) Anderson had phase two of putting in a new turf football field," he said. "I was right along with that. I knew improving facilities helps out the multi use aspect of it."

Rainy conditions sometimes made for a poor playing surface on the real grass at Eagle Field.

"When you play junior high and senior high all in the same night you don't have to worry about tearing the field up if it's a little bit wet or rainy," Kinsinger said. "So that'll kind of alleviate some of those problems."

With Cutter Morning Star being a small school, Kinsinger said it means a lot that a school that size can get turf.

The installation of the new surface illustrates to parents, students and the community that the district is serious about its athletic programs and wants to give its students the best facilities possible.

"It means the community supports it," Kinsinger said. "It means the school supports the program and that they're willing to do the things it takes to get there. You can't just go, 'Hey I want a turf field,' and then all of a sudden it happens. It just doesn't work like that."

Eagle Field will have the same turf that Little Rock Christian has, and Kinsinger went through an in-depth process in selecting which surface to bring to Cutter Morning Star.

One of his goals was to make sure a large amount of pellets did not have to be placed on the field over a 10-year period, and the school is going to install a sub-base underneath the turf that is much like the surface on athletic tracks.

The sub-base should give the field more balance and safety.

"It's a really top of the line turf," Kinsinger said. "It's some of the best stuff. We're going to have a surface underneath it. That's one thing when I shopped around I wanted to make sure it was a usable surface because some turf fields I've been on have been kind of slippery and slick."

Kinsinger gained some turf experience and knowledge at Fountain Lake when the Cobras installed turf at their stadium.

In the search for what surface to bring to Eagle Field, Kinsinger made phone calls to coaches, administrators and schools about the entire process.

"Shopping -- it's not like going to Bass Pro Shops or going to Lowe's and finding what you want to put in the backyard," he said. "Dave Ramsey teaches that you have to educate yourself. There was an education process for me."

Kinsinger went to Lakeside and looked at the Rams' surface, and he traveled to Little Rock Christian to examine the Warriors' field.

While the new playing surface stands out as the centerpiece of the stadium project, the venue as a whole is going to look quite different all around.

"The old school goalposts, the H goalposts, are going away," Kinsinger said. "We're going to have new nets to keep the ball from going onto the highway over there. We're going to get a new scoreboard with LED lights."

Kinsinger said to keep the revamp as effective and economic as possible, the home side of Eagle Field is going to stay the same, but the away side will receive much needed updates.

"We had old wood bleachers over there," he said. "We're going to replace those with a whole new 700-seating stadium, aluminum, all up to code (and) handicap ramps. We're going to put a 28-foot press box up on top of that. Updating is necessary for that."

Kinsinger said that after the turf, he is most excited about the new lights.

"We're operating under the old lighting system," he said. "It takes forever for those things to light up. If the dads just pulled on the hillside and turned the LED lights on the truck, you'd have more light I think. It's almost going to look like this place is on fire when you drive by until you get used to it."

Cutter Morning Star already boasts a new basketball arena and with a new football field on the way, Kinsinger and the Eagles continue toward their goal of changing the culture at the school.

"Culture is kind of a sensitive thing in the fact that if you just try to change the culture only because of your education, it can be challenging sometimes," Kinsinger said. "When you have athletics partnered with education and you have some success in your athletic program, it starts to generate some type of excitement in your school."

Kinsinger said that new facilities paired with success and excitement create a chance to turn the culture in a positive direction.

With students still adjusting from pandemic measures like learning at home and now being back at school, now represents a good time for changes at Cutter Morning Star to take place.

"Hopefully it draws people here," Kinsinger said. "Hopefully our enrollment goes up. We get people that are going to come here, and it's going to change the way people look at Cutter Morning Star as just a small 2A school to a quality school here."