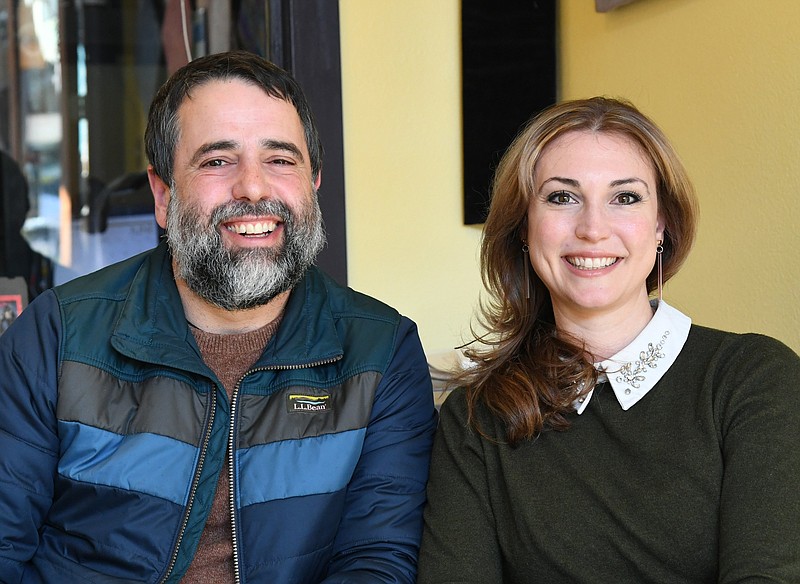 The Arkansas Shorts film festival returns to the big screen today at the Malco Theatre, a year after the pandemic forced the festival to switch to a drive-in format.

And while the film festival has been a one-day affair in the past, the 2022 edition is being extended by another day.

"This year we are presenting Arkansas Shorts, the extended cut," said Jen Gerber, film program director. "Traditionally, Arkansas Shorts is a one-night event that usually has a couple of screenings within that evening, but all the films are screened in that one evening event," she said.

Gerber said that the length of the student films that are always shown at the festival played a part in the expansion of the festival.

"Arkansas Shorts is primarily also a showcase of all the films that are made in our filmmaking program, Inception to Projection, and this year we produced three and a half hours of content, so already we were busting at the seams, so we made the decision to extend to two days," she said.

Over the two days, 37 shorts will be shown, including two series, Gerber said.

"We have a series called 'The Daily,' which is a three-part web series, and then within Inception to Projection, we had a sketch comedy class that was taught by Dave Hill. The students basically wrote a pilot, which is like a first episode of a TV show. It's kind of like 'Portlandia,' where it's different types of sketches and characters but they weave within each other, and that's its own project, as well," she said.

Gerber praised the work of her students.

"I'm more than impressed; I'm in awe of our students, and also this year is one of the harder years to host Inception because we are still in the pandemic and there's a lot of odds to overcome with these productions," Gerber said.

The festival, and Inception to Projection, are hosted by Low Key Arts, and its executive director, Sonny Kay, also praised the work of the students.

"I'm thrilled; I couldn't be happier. The class is a real challenge, but to successfully complete it is incredibly rewarding and motivating and kind of encouraging. It's such a difficult thing to coordinate and to craft something of quality and herd a bunch of nonprofessional filmmakers and be herded yourself, and the results are often far greater than the process would necessarily lead you to believe," he said.

"With all the chaos that goes on, especially this year with COVID, and the dismantling of schedules and moving things around, my expectation would be that things would be negatively impacted, and actually it's been the total opposite of that. It's been incredible work made, and far more of it than ever before," Kay said.

Kay said he also looks forward to seeing the expanded version of the festival.

"I'm very excited about it. I think it's felt a little bit confining the last couple of years, trying to hammer the sheer amount of submissions that come into a manageable program for one night, so this feels kind of freeing in a sense," Kay said.

Kay also noted that they will hold two workshops during the event. "The goal is that we can have an element of Inception as part of the weekend," Gerber added.

"Last year we hosted it as a drive-in, which was really interesting and successful, we were glad that we were still able to keep the tradition alive of Arkansas Shorts, and it was really fun. We definitely loved the drive-in," Gerber said.

"But what I missed last year was seeing the filmmakers, seeing the audience, hearing the audience. You know, filmmakers make a film for an audience, they want to hear and feel the reaction, and in the drive-in experience, you don't really get that because everyone's in their cars. So this year it will feel really great to back in the theater and have that audience and filmmaker connection back in place," Gerber said.

"In fact, one of the films is actually the winner at Sundance, the best short at Sundance last year, so we have some really high-quality work," Gerber said.

Gerber said that these filmmakers getting to see their work on a big screen is important.

"I think that's really been lost during the pandemic, just that sense of going to a theater, making it an event to go see a film. So I've certainly missed that in the year and a half, two years, so I think that's really important, and I think our filmmakers need that. It doesn't feel as rewarding to make a film and just send it out into the universe and not know people's reactions and not get feedback," she said.

Since the pandemic is still ongoing, there will be some safety measures in place. On Jan. 6, the festival announced that the after-party at SQZBX that was planned for tonight had been canceled.

A news release said masks will be required indoors and that the theaters will be at a limited capacity. "We will encourage social distancing," the release said, also noting that they will have free masks available.

"We feel it's impossible to keep everyone safe when we are eating and drinking, therefore this after-party will not be happening. The rest of the workshops and screenings will take place as planned," the release said.