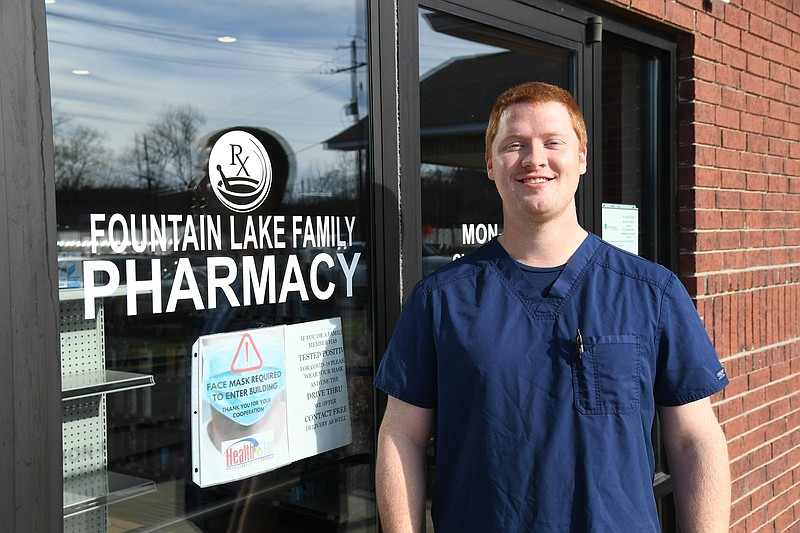 FOUNTAIN LAKE -- While the COVID-19 omicron variant is a prime example of how evasive viruses can be by mutating over time, a booster vaccination helps ensure the recognition of such virus to defend against it.

"The way that boosters work ... is important because after your initial series of vaccinations, your body has some ability to have its immunity wane," he said. "But whenever you get a booster shot, what that's doing is basically reintroducing your body to the viral pathogen, in a way, so that your body will recognize it as 'I might be getting infected,' and start to produce more antibodies without actually having to catch the infection to produce those antibodies."

Turner noted there is an easier way of producing antibodies without having to develop all of the symptoms associated with the disease.

"The omicron variant has surface protein mutations, which are typically what antibodies will bind to, but those have not shown to be ... it will escape the vaccine's effectiveness right now," he said. "I believe the effectiveness of reducing infection is still between 75 and 95%, but the most important factor is that it's preventing hospitalization and death. And those are still effectively 100%. So the majority of the people that are in the hospitals on ventilators have not had any vaccines."

Turner said he is beginning to see a lot of demand for the booster shot, for both the Pfizer and the Moderna COVID vaccines.

"It's been pretty consistent with a couple hundred a day between two or three different stores around here specifically," he said. "But each store's probably doing about 30 to 40 a day of just the booster shots. And then there's still the continuous first and second doses that are being given."

While there has been a mix of where people are going to receive their vaccine booster shots, he said most seem to be going to area pharmacies.

"I know that the health unit is giving vaccines every day," he said. "Doctors' offices give them as well, but for the most part, people still have to make appointments at doctors' offices and we just take walk-in vaccine requests. I would say a lot of them are being given out at pharmacies. I know 79% was the last figure that I saw of vaccines that were given in the state of Arkansas just in the pharmacies."

Turner said there are no vaccine clinics scheduled in the near future. He said some were recently held in Hot Springs Village, for the consistency aspect, but that is difficult to do. One thing that is important right now, he noted, is the rising availability of home testing.

"When I was speaking with (Garland County Health Officer) Dr. (Gene) Shelby, we understand that the county statistics are going to be a little bit skewed because of reporting of that home COVID tests, and there is some limitation in the state's ability to use the home COVID test reporting," he said.

Turner said they recently received a shipment of around 300-400 and while he does not expect them to last long, it does provide an important tool for people to use now.

Even with having the booster shot, masks are still important depending on the setting one is in.

Dr. Anthony Fauci, the nation's chief medical adviser, said Wednesday that while it is OK to lower one's mask when eating or drinking in a public place, otherwise the mask should stay on. The Arkansas Department of Health has found that masks are protective in a school setting, reducing case rates by 25%.