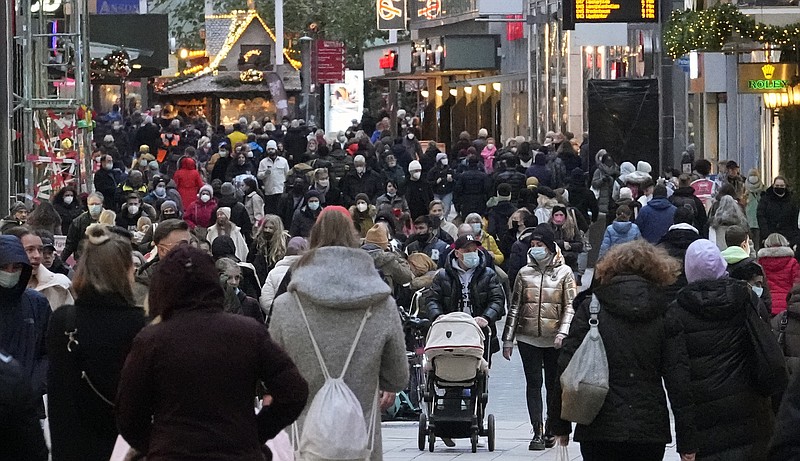 File - People wear mandatory face masks walk along a street in Dortmund, Germany, Dec. 1, 2021. Inflation in the 19 countries that use the euro currency hit a new high of 5.0% in December, breaking the record set the previous month. (AP Photo/Martin Meissner, File)

LONDON -- Inflation in the 19 countries that use the euro currency hit its highest level on record, led by surging food and energy costs, figures released Friday show.

Here's a closer look at the data:

WHAT DO THE NUMBERS SAY?

Consumer prices in the eurozone, made up of European Union economies like France and Germany, rose 5% in December compared with the previous year, according to Eurostat, the EU's statistics office.

Energy prices led the increase, jumping 26% over the past year, slightly lower than the previous month. The boost in food prices picked up steam to 3.2%, from November's 2.2% rate, and the price of goods rose at a faster pace of 2.9%.

However, price increases for services eased to 2.4%, suggesting that the omicron variant of COVID-19 crimped demand for holiday travel. After stripping out potentially volatile items such as food and energy, the eurozone's core inflation rate held steady at 2.6%.

WHY IS IT IMPORTANT?

The latest reading smashes the record of 4.9% set in November and marks the highest level of inflation since recordkeeping for the euro currency began in 1997, two years before its actual launch.

It means everything from food at the grocery store to shopping trips and fuel are costing more as the economic recovery from the pandemic has increased demand for energy and snarled global supply chains.

The numbers underline how inflation has emerged as one of the main issues that economic policymakers are grappling with.

It compounds pressure for the European Central Bank to act on inflation since it's kept interest rates ultra-low to stimulate an economy recovering from the depths of the pandemic. The arrival of omicron has forced a rethink of any decisions that might throttle economic growth.

Inflation is not just the EU's problem. Consumer prices in the U.S. have risen at their fastest pace in 39 years, and at their highest clip in more than a decade in Britain. Turkish inflation hit an eye-watering 36% last month -- the highest in 19 years -- and Brazil saw it accelerate to more than 10%, the fastest pace in 18 years.

WHAT DO THE EXPERTS THINK?

Some economists think inflation in the eurozone will peak soon, if it hasn't already. One big factor is natural gas prices, "which have been incredibly volatile in recent weeks and a dominant driver of the recent inflation surge," Bert Colijn, senior economist at ING Bank, said in a report.

Prices for natural gas and oil in the futures markets suggest energy inflation likely peaked and is set to ease, he said.

Now, "the question is how steep the downward trend will be," Colijn said.

He and other economists predict that core inflation will ease but stay at or above 2% this year, giving the European Central Bank more breathing room before deciding on whether to raise rates.

WHAT ARE OTHER COUNTRIES DOING?

Despite omicron surging and its uncertain effects on the global economy, central banks have been raising interest rates to fight soaring inflation or taking steps in that direction.

The Bank of England last month became the first central bank in a major advanced economy to raise interest rates since the pandemic began. The European Central Bank has taken a much more cautious approach but also decided to start carefully dialing back some of its stimulus efforts over the next year. 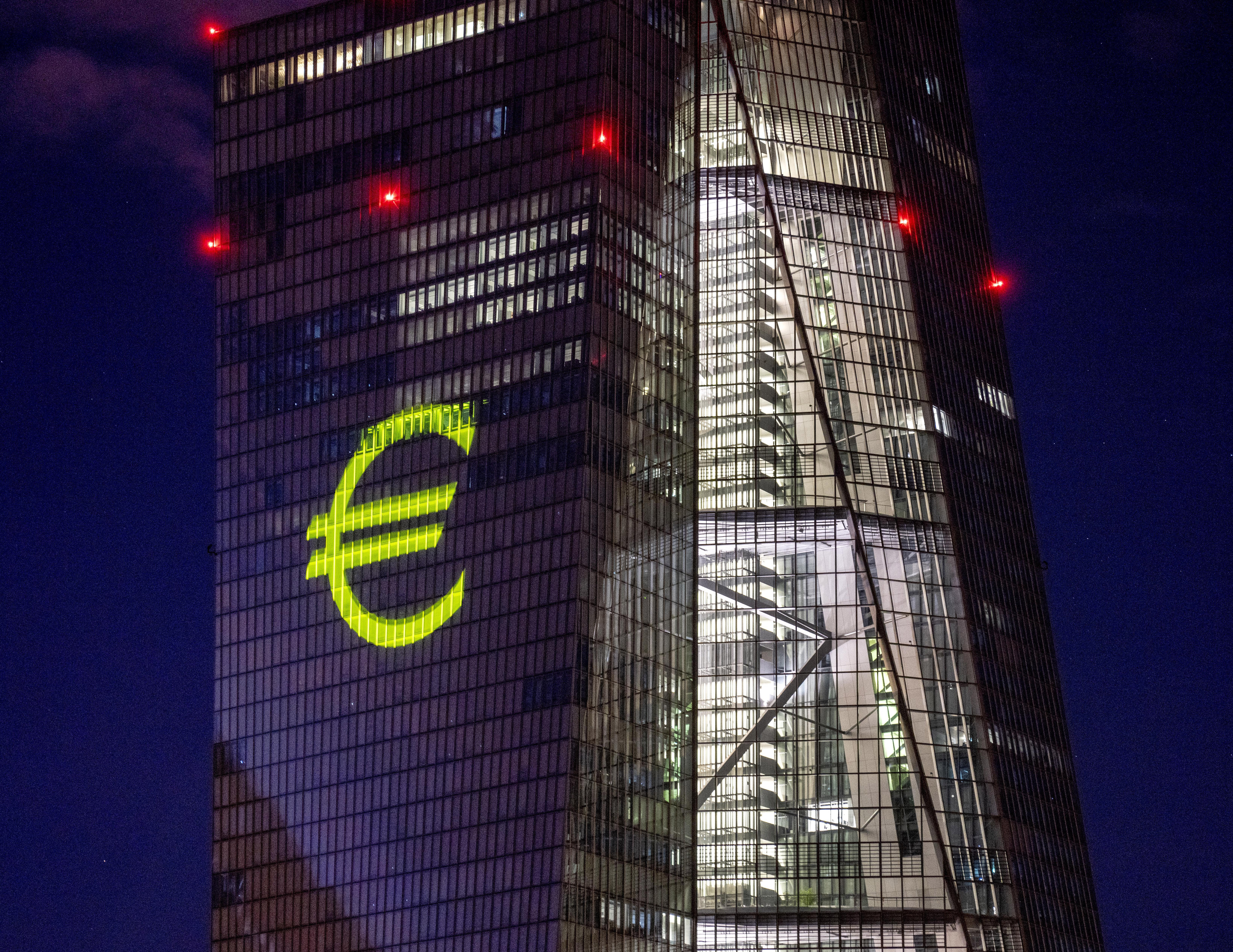 FILE A light installation is projected onto the building of the European Central Bank during a rehearsal in Frankfurt, Germany, Thursday, Dec. 30, 2021. Inflation in the 19 countries that use the euro currency hit a new high of 5.0% in December, breaking the record set the previous month. (AP Photo/Michael Probst, File)