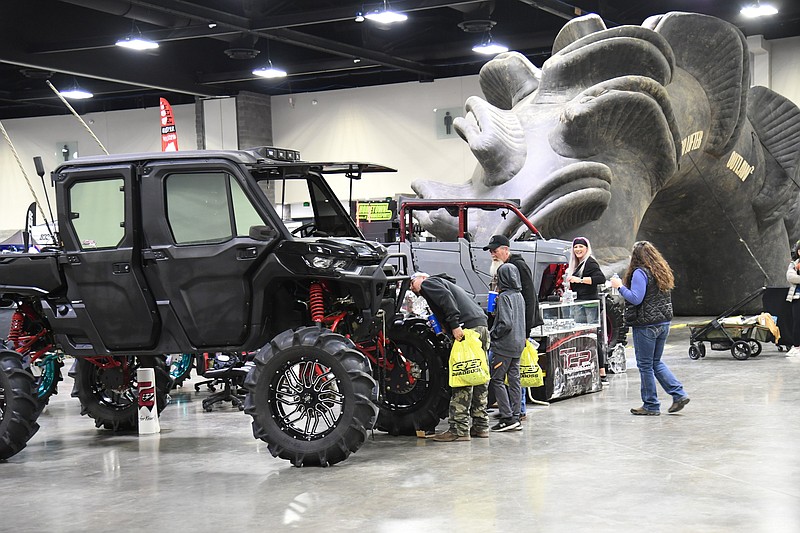 Attendees at the Offroad Products Expo look at side-by-sides at the Hot Springs Convention Center on Saturday. - Photo by Tanner Newton of The Sentinel-Record

Despite the ongoing pandemic, the inaugural Offroad Products Expo at the Hot Springs Convention Center drew hundreds of attendees in its first two days, its organizer said Saturday.

Shane Besancon, the expo's organizer, said that the event has gone "pretty good so far," though he did note that "we had several vendors cancel out at the last minute due to COVID, but other than that pretty good."

On Friday, around 300 people visited the expo. Besancon said that, by 10:30 a.m. on Saturday, they had already surpassed around 400 people in the building.

"For my first year, yeah, I'm happy. I'm happy with the turnout and attendance so far," he said.

Besancon said that the idea for the expo started because he noticed a lack of expos like this in the area.

The expo focuses on side-by-sides and ATVs. Explaining the appeal of these off-road vehicles, Besancon said, "just to get outside, enjoy the outdoors, play in mud, trail ride, whatever you want to do. There's trails everywhere in Arkansas to ride."

Besancon noted that the event does not sell the vehicles, but vendors are selling other products related to the sport.

Besancon said he became interested in the sport when he was 5 years old and his father bought a 3-wheeler.

"Just been hooked ever since, and I love playing in the mud. It got to where we were going every weekend, going all over, and we met the owners of High Lifter, and we started becoming friends with them, and they signed us on as ambassadors, and it just built from there," he said.

"We're just trying to grow the sport, make other people aware of it," he said.

"It will be yearly from now on," Besancon said. "We've already talked to the convention center about setting another date," he said, adding that in 2023 they would like to move "further away from Christmas, maybe into February."

Besancon also said that they would like to expand the expo in the future. "That's the point; we want to grow and get more people in here, get more of the public in."

Despite some cancellations, Besancon said that they have around 35 vendors in the convention center today. In addition to local vendors, many have traveled from places including Arizona, Florida, Indiana, Texas, Louisiana and Mississippi.

As large as the convention center is, Besancon said that there is plenty of room to expand. "We still have another hall that we could (use) and then plus the arena," he said.

Besancon, who is from North Little Rock, also praised the venue and the town.

"Hot Springs is one of the biggest tourist attractions in Arkansas, and just the area, the convenience of the convention center, what's around the convention center -- you got the horse races, the casino -- when you're bringing in people from out of state, you don't want them bored at night, you want them to have something to do," he said.

"I love it. The staff here, it's been amazing, it's been a really great experience for us," Besancon said. 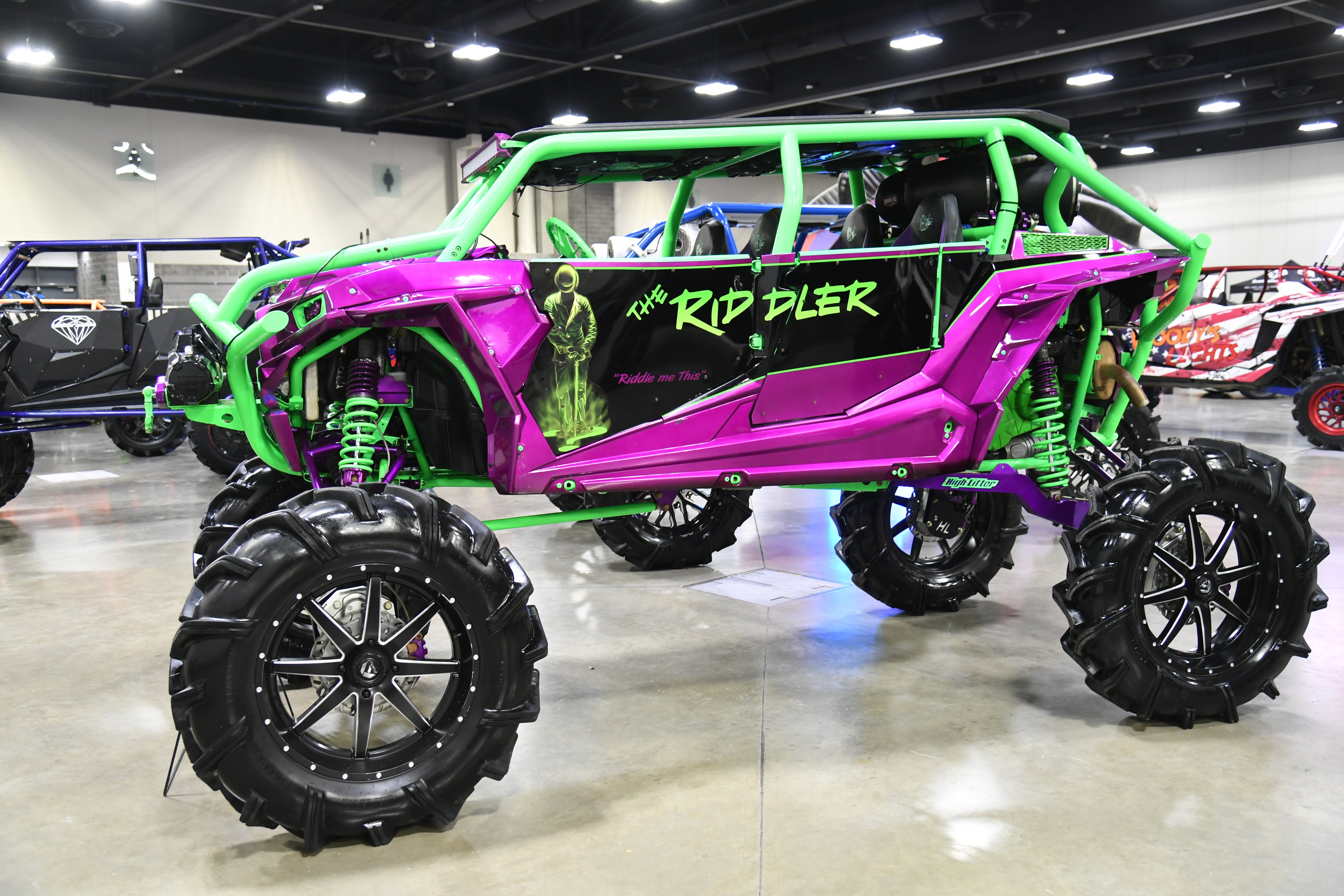 A Batman-themed side-by-side is displayed Saturday at the Offroad Products Expo. - Photo by Tanner Newton of The Sentinel-Record