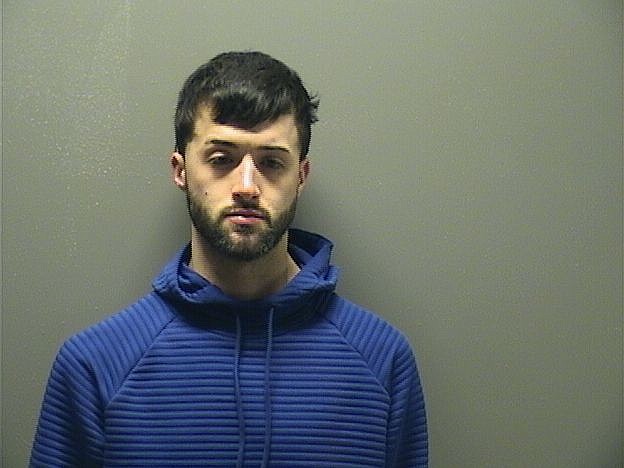 A local man was arrested on felony battery and drug charges early Tuesday after allegedly attacking his pregnant girlfriend and trespassing at the motel where he formerly worked.

Mitchell Wayne Henderson, 24, who lists a Higdon Ferry Road address, was taken into custody shortly after 4 a.m. and charged with felony third-degree domestic battery, possession of a controlled substance, meth, and possession of drug paraphernalia, each punishable by up to six years in prison.

Henderson was being held on a $5,000 bond and is set to appear today in Garland County District Court. According to court records, he was convicted on Feb. 16, 2017, in Saline County of felony theft of property over $1,000 and sentenced to three years' probation.

According to the probable cause affidavit, shortly before 4 a.m. Tuesday, Hot Springs police Officer Zach Hoofman responded to the Best Western Winners Circle, 2520 Central Ave., regarding a trespasser.

He made contact with Henderson, who was standing outside the motel lobby, and spoke to a motel employee who stated Henderson was an ex-employee who was refusing to leave.

The employee also stated he was on the phone with Henderson's girlfriend who was telling him she had recently been hit in the face by Henderson. Hoofman talked to the girlfriend on the phone and she also told him Henderson had hit her and noted she is pregnant.

She told Hoofman she was at her apartment on Higdon Ferry where she lives with Henderson and officers responded there to talk with her. She told them Henderson had attacked her, hitting her on the back, pushing her against a wall and then striking her multiple times in the face while holding a wrench in his hand.

The victim, who noted Henderson knows she's pregnant, was reportedly observed to have a large area near her left eye that was swelling, a cut on her forehead and an apparent bite mark on her right shoulder.

After learning the injuries had been confirmed, Hoofman took Henderson into custody for battery. During a search of his person, the officer allegedly found a small baggie of what later tested positive for meth and a pipe with meth residue.