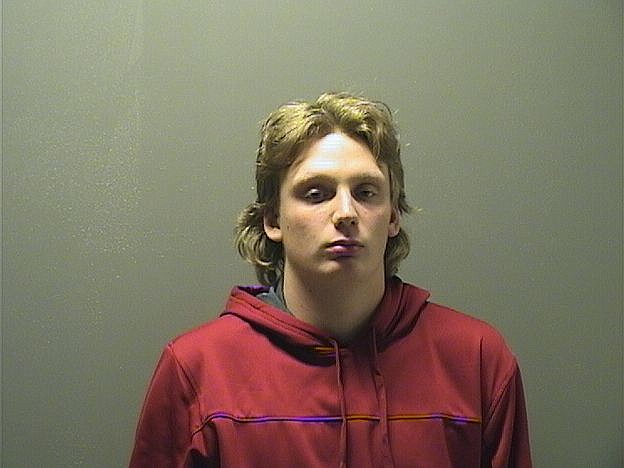 A Glenwood teen was arrested Tuesday on a felony charge for allegedly causing over $7,000 in damages to the elevator at the Exchange Street Parking Plaza in downtown Hot Springs earlier this month, along with a juvenile accomplice.

Brandon Hunter Lindsey, 19, was taken into custody around 10:45 a.m. at the Hot Springs Police Department and charged with first-degree criminal mischief, a felony punishable by up to 10 years in prison.

Lindsey, who lists no prior felony history, was being held on a $3,500 bond and was set to appear Wednesday in Garland County District Court. He was previously arrested on Nov. 25, 2021, on a misdemeanor charge of criminal mischief with the case still pending in district court.

According to the probable cause affidavit, on Jan. 4, Deputy City Manager Denny McPhate reported that the No. 2 elevator at the parking deck at 128 Exchange St. had been severely damaged. The repair cost was estimated at $7,135.

Security camera footage reportedly showed four white males entering the elevator at around 4:45 p.m. Jan. 3 and one of the males, later reportedly identified as Lindsey, could be seen reaching above his head and causing damage to the ceiling of the elevator, removing a metal iron support beam that he allegedly put inside his jacket.

The four males then exited the elevator on the third floor, but returned moments later and got back into the same elevator. The male identified as Lindsey could again be seen reaching above his head and pulling another support beam down from the ceiling.

A second male could be seen looking at the security camera in the elevator and then he and Lindsey can be seen grabbing the camera and removing it from its mounted position, so the rest of the camera footage was lost.

McPhate prepared a damage estimate that included two electronic PC boards that were damaged after the camera was damaged.

HSPD Detective Shawn Woodall sent still photos of the suspects to local school districts to help ID the suspects and later developed information the older suspect was Lindsey and also identified the second suspect, who is a juvenile.

Woodall was reportedly able to verify the identity of both suspects by matching their driver's license and Facebook photos with the security footage, the affidavit said. Warrants for both were later issued.