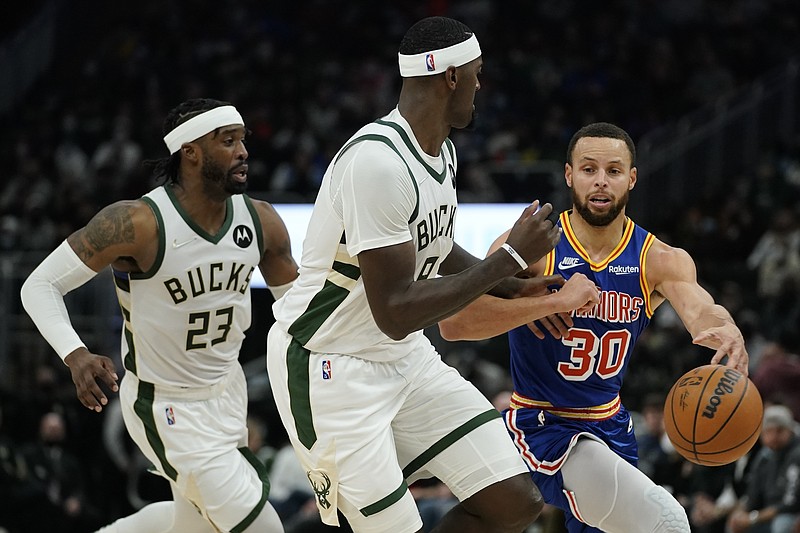 Golden State Warriors' Stephen Curry looks to pass around Milwaukee Bucks' Bobby Portis and Wesley Matthews during the first half of an NBA game Thursday in Milwaukee. – Photo by Morry Gash of The Associated Press

MILWAUKEE -- Giannis Antetokounmpo scored 30 points and had his third triple-double of the season to help Milwaukee rout the Golden State Warriors 118-99 on Thursday night in Bucks coach Mike Budenholzer's return from the NBA's COVID-19 protocols.

Antetokounmpo had 12 rebounds and 11 assists for his 28th career triple-double.

Budenholzer missed four games while in the health and safety protocols, with assistant Darvin Ham taking over as acting head coach. The Bucks went 1-3.

Milwaukee never trailed and raced to a 77-38 halftime advantage. Antetokounmpo had 23 points, seven rebounds and seven assists in the first half.

The Bucks were just two points shy of their largest halftime lead in franchise history, a record they set this season. Milwaukee led 77-36 at the half in a 123-92 victory over Orlando on Nov. 22.

Rookie guard Josh Giddey added 19 points for the Thunder, who jumped on a weary Nets team to snap a five-game losing streak with their first victory in 2022. They hadn't won since beating New York at home on New Year's Eve.

But with NBA scoring leader Kevin Durant resting, the Thunder led comfortably for most of the last three quarters and improved to 14-27 at the midpoint of their schedule.

James Harden had 26 points, nine assists and seven rebounds for the Nets, who couldn't muster enough energy after their 138-112 rout of the East-leading Bulls in Chicago on Wednesday night. They had Kyrie Irving for that game but not Thursday, as he remains ineligible to play in New York City while unvaccinated against the coronavirus.

DENVER -- Will Barton had 21 points before leaving in the third quarter with a strained neck, Nikola Jokic added 20 and Denver beat depleted Portland.

The Nuggets built their lead to 26 points in the third quarter -- and this time didn't let it slip away. Two nights ago, Denver blew a 25-point lead in Los Angeles against the Clippers.

Jonas Valanciunas added 18 points and 16 rebounds for the Pelicans. They led throughout and by as many as 28 points en route to their third victory in four games.

Terance Mann scored 15 points, and Marcus Morris had 12 for the Clippers. 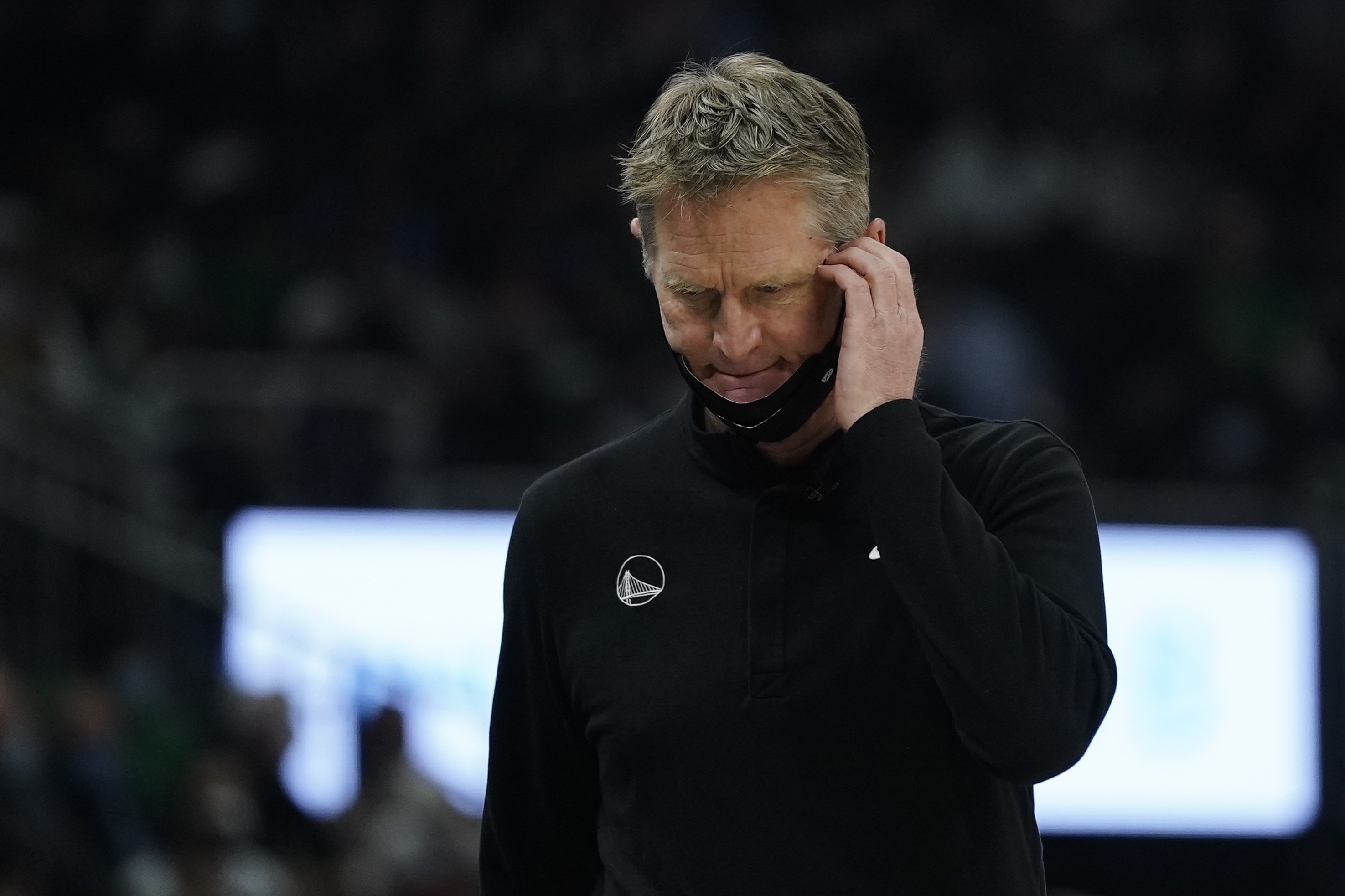 Golden State Warriors head coach Steve Kerr sctarches his head during the first half of an NBA basketball game against the Milwaukee Bucks Thursday, Jan. 13, 2022, in Milwaukee. (AP Photo/Morry Gash)