FOODY FRIDAY: Sam’s Pizza Pub stays true to its past 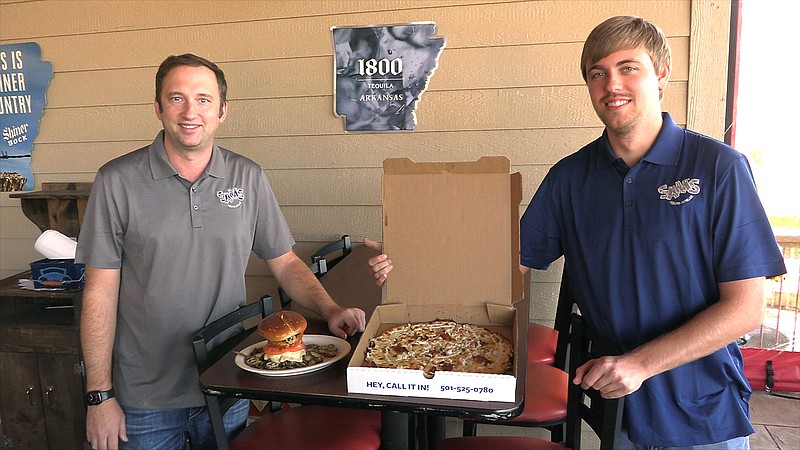 Owner Landan Mitchell, left, and general manager Billy Marsh display some of the food at Sam’s Pizza Pub on Thursday. - Photo by Tyler Wann of The Sentinel

One of the things they strive for at Sam's Pizza Pub is consistency, said owner Landan Mitchell.

"Our big focus on our food is everything that comes out of the kitchen comes out exactly the same as it did yesterday, as it did the day before. ... " he said. "Consistency is the big thing of our restaurant."

"And I'll say no one has a cheesy, crispy crust like we do in town," added general manager Billy Marsh.

According to Mitchell, the building that the bar sits in has been around since the 1930s, operating as everything from a convenience store to a beauty shop. In the '80s, the owner of the property partnered with a local resident to create the pub, Mitchell said. In 2008, Mitchell's mother bought the pub, he said, before he took over when she retired two years ago.

The pub was named after a local dog that used to sit by the door in the '80s, said Marsh. A painting of Sam the dog can still be seen at the front of the restaurant.

Though they've expanded their menu with burgers, salads, sandwiches and more, the way they make pizza hasn't changed.

"The pizza, which is the core of the restaurant, has been the same," Mitchell said. "We still use the same pizza cheese from Wisconsin that they used 20 years ago."

"You gotta be hungry if you want that," said Marsh.

Other favorites include their Friday night catfish, said Mitchell.

"All of our regulars, all the locals, even people in the summer that come in, they know that Friday night, this is the place to come," he said.

The pub at 401 Burchwood Bay Road sits on Lake Hamilton and receives much of its traffic by boat, Mitchell said. He mentioned that they're also working on getting a new boat dock, as well.

As a neighborhood pub, they've gotten to know most of the locals and regulars who come in, knowing "pretty much everybody by name."

"It's nice in the off-season to sit down and talk with everybody, kind of know what's going on in their life and so forth," said Mitchell. "Then in the summer, you know, it's generational. We've got third- and fourth-generation people who bring in their kids and their grandkids and their family and their friends. We see a growth every summer of new regulars because they find us."

Marsh said the neighborhood has also been there for them when times have been tough.

"During the pandemic, just how much the local neighborhood helped us out, coming here all the time even though it was difficult to get out. ... " he said. "They've really helped us out and they've had our back.

Q&A with Mitchell and Marsh

The following are excerpts from the interview with Landan Mitchell and Billy Marsh, presented in a question-and-answer format:

Q: Favorite food of all time?

Marsh: (Laughing) We eat it every day almost.

Mitchell: So I like the seasonal part of the business. I know a lot of people kind of complain about it or feel uncomfortable about being real busy in the summer and then slow in the winter. We try to take advantage of that and get our work done in the spring and in the summer when the lake's up and busy and then take care of things around the restaurant, take care of things in our own lives in the fall and the winter. So I really enjoy the seasonal business of Hot Springs.

Marsh: And just meeting all the people that come in here from all over the place, from all different states, it's crazy how they find Hot Springs, Arkansas out of all the places to go visit, and they find us somehow.

Marsh: I'm gonna say pizza, 'cause I eat it all the time.

3/4 cup of flour and cornmeal, a dash of sugar, baking powder, salt, garlic powder, onion powder, pepper, 1 egg, 1 cup of buttermilk. Mix all together and drop a round spoon ful in a hot skillet with about 2 inches of oil. Cook about 3 minutes, rolling over a couple of times for complete cooking. Serve with butter. 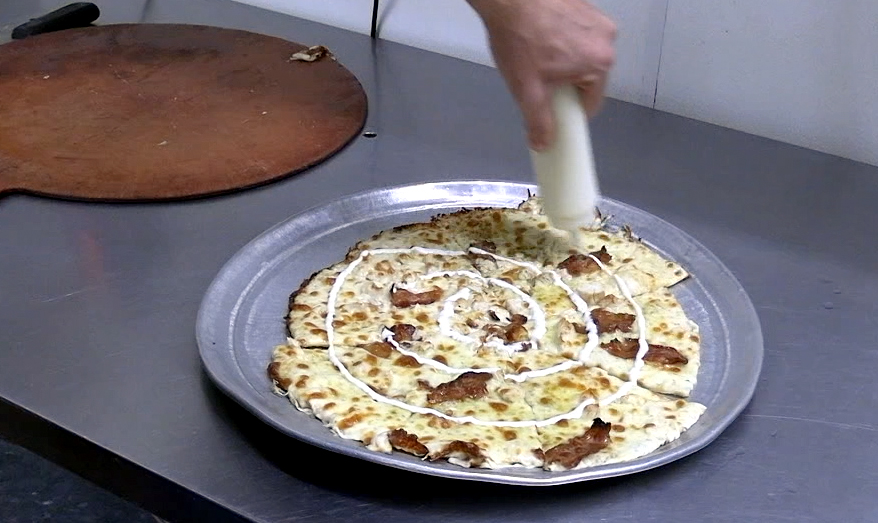 General manager Billy Marsh puts the finishing touches on a chicken bacon ranch pizza on Thursday. - Photo by Tyler Wann of The Sentinel-Record. 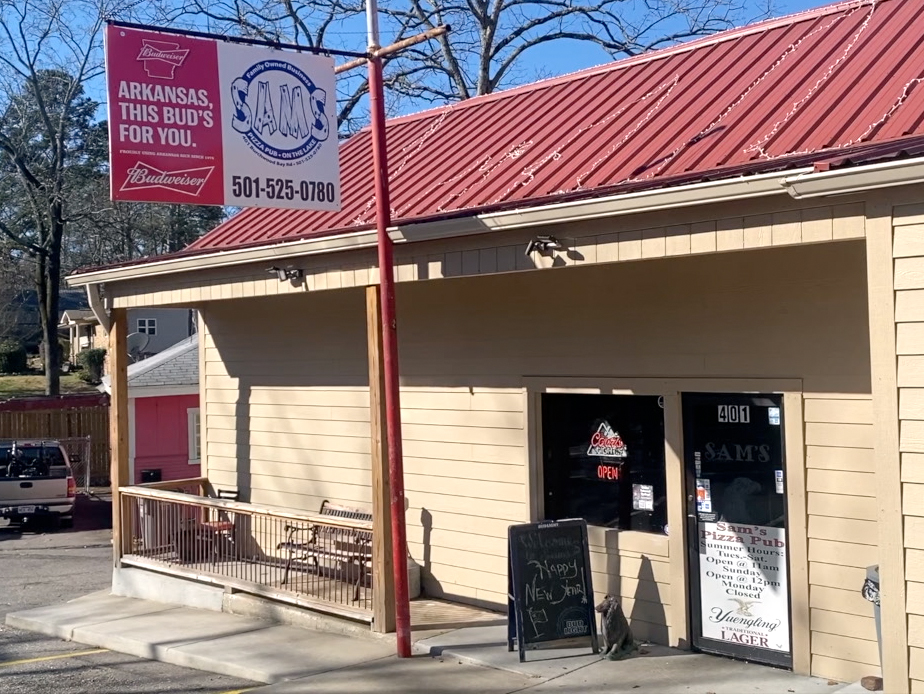 The exterior of Sam’s Pizza Pub is shown on Thursday. - Photo by Tyler Wann of The Sentinel-Record.