Oregon outlasts No. 3 UCLA in OT for Altman's 700th victory 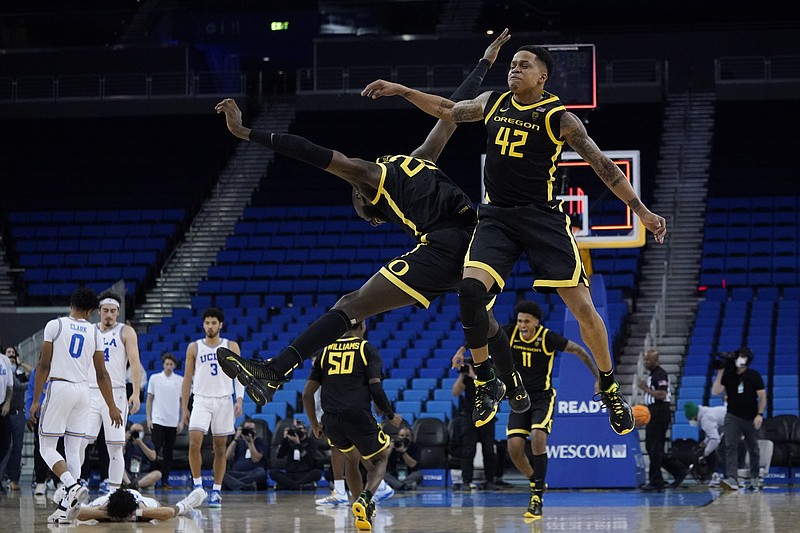 Oregon center Franck Kepnang (22) and guard Jacob Young (42) celebrate after winning 84-81 in overtime of an NCAA basketball game against UCLA in Los Angeles Thursday. – Photo by Ashley Landis of The Associated Press

Will Richardson added 12 points as one of three Ducks in foul trouble. Oregon (10-6, 3-2 Pac-12) won its fourth in a row. The Ducks swarmed the court and their loud celebration in the locker room echoed throughout a mostly empty Pauley Pavilion.

Johnny Juzang scored 23 points for the Bruins (10-2, 2-1). Their second loss of the season ended a five-game winning streak.

The teams traded baskets early in overtime. Young scored to put Oregon ahead by two. Jaime Jaquez Jr. missed a pair of free throws that would have tied it. Young scored again to give the Ducks an 83-79 lead.

Myles Johnson scored for UCLA before Richardson made one of two free throws for an 84-81 lead. Juzang's potential tying 3-pointer missed. Jules Bernard got the rebound and put up a jumper that Da'Vion Harmon got his hand on as time expired.

UCLA forced overtime on Jaylen Clark's steal and baseline layup that tied it at 73l with 16 seconds left.

Andrew Nembhard had 22 points and 12 assists, and Julian Strawther added 20 points for Gonzaga (13-2, 2-0 West Coast), which shot 69% in the game and made 11 3-pointers. Chet Holmgren added 12 points, seven rebounds and five blocks.

Alex Barcello scored 19 points to lead BYU (14-4, 2-1), which was the last WCC team to beat Gonzaga in February of 2020. The Zags have won 23 conference games in a row since, also the longest streak in the nation.

LOS ANGELES -- Chavez Goodwin had his second double-double of the season (20 points, 12 rebounds), Drew Peterson added 15 points and Southern California rallied in the second half to defeat Oregon State.

The Trojans (14-1, 4-1 Pac-12) dropped their first game of the season Tuesday at Stanford and trailed by 10 during the second half against the Beavers before coming back. USC didn't grab its first lead until midway through the second half and didn't get firm control of the game until the final three minutes.

Warith Alatishe's layup gave the Beavers a 71-70 advantage with 3:55 remaining before the Trojans scored the final 11 points. Isaiah Mobley scored five straight points, including a pair of free throws after Alatishe's fifth foul with 3:41 remaining, to put the Trojans up for good.

TUCSON, Ariz. -- Azoulas Tubelis and Justin Kier scored 14 points, and No. 6 Arizona overwhelmed Colorado in the second half.

Colorado (11-4, 3-12) recovered from its slow start in the first half, but couldn't bounce back from one in the second to remain winless in 11 all-time games at McKale Center. The Buffaloes had another rough shooting night from the perimeter, finishing 4 for 20 from 3. Colorado is shooting 28% from the arc the past six games.

LUBBOCK, Texas -- Kevin Obanor had 17 points and No. 19 Texas Tech backed up its consecutive wins over Top 10 teams with a victory over Oklahoma State in a makeup game.

Javon Freeman-Liberty also scored 12 points for the Blue Demons (10-6, 1-5 Big East) in easily their biggest victory of the season. Freeman-Liberty, the conference's leading scorer, was injured early in the second half, limping off the court while favoring his right leg. He returned, but played sparingly down the stretch. 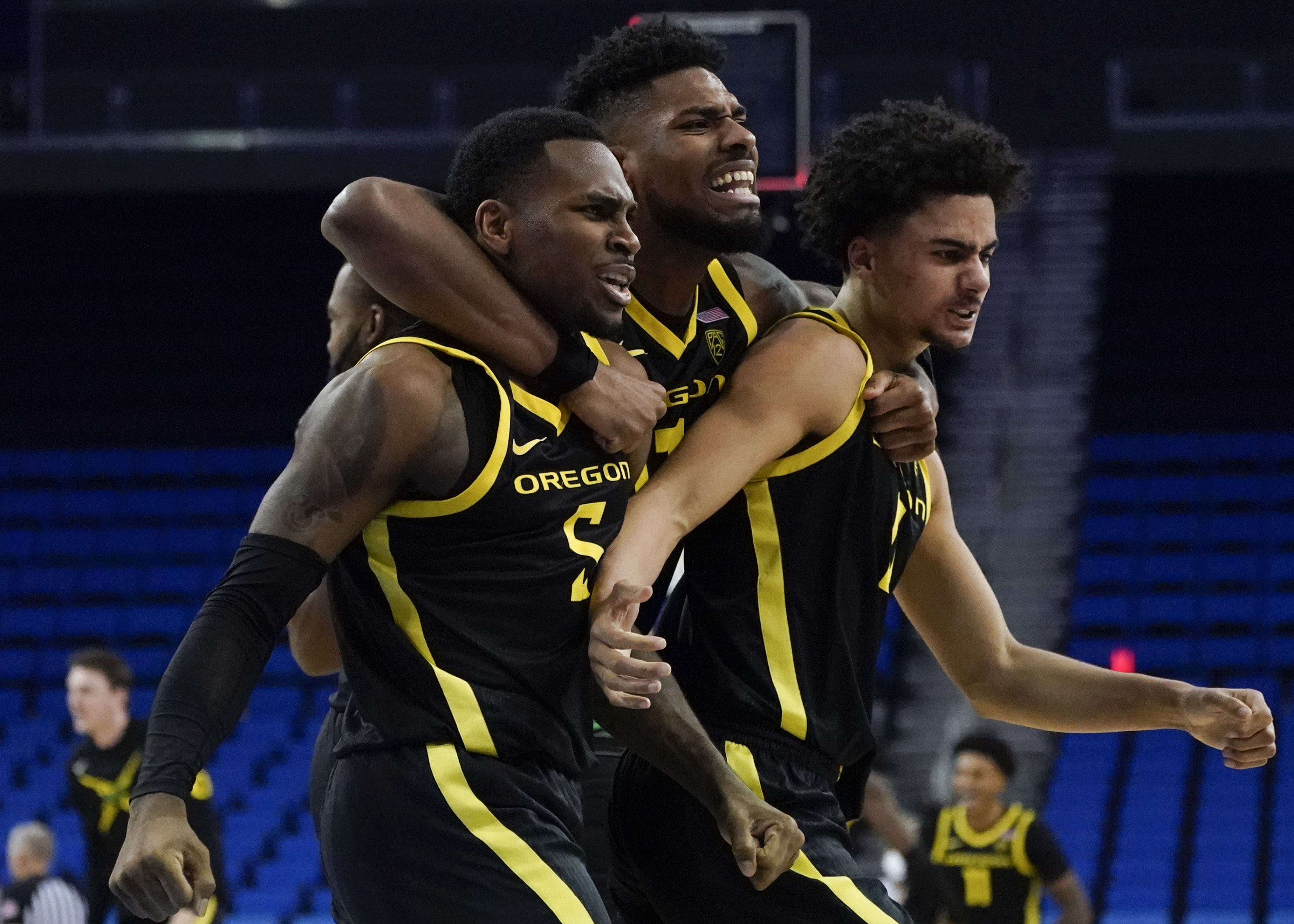 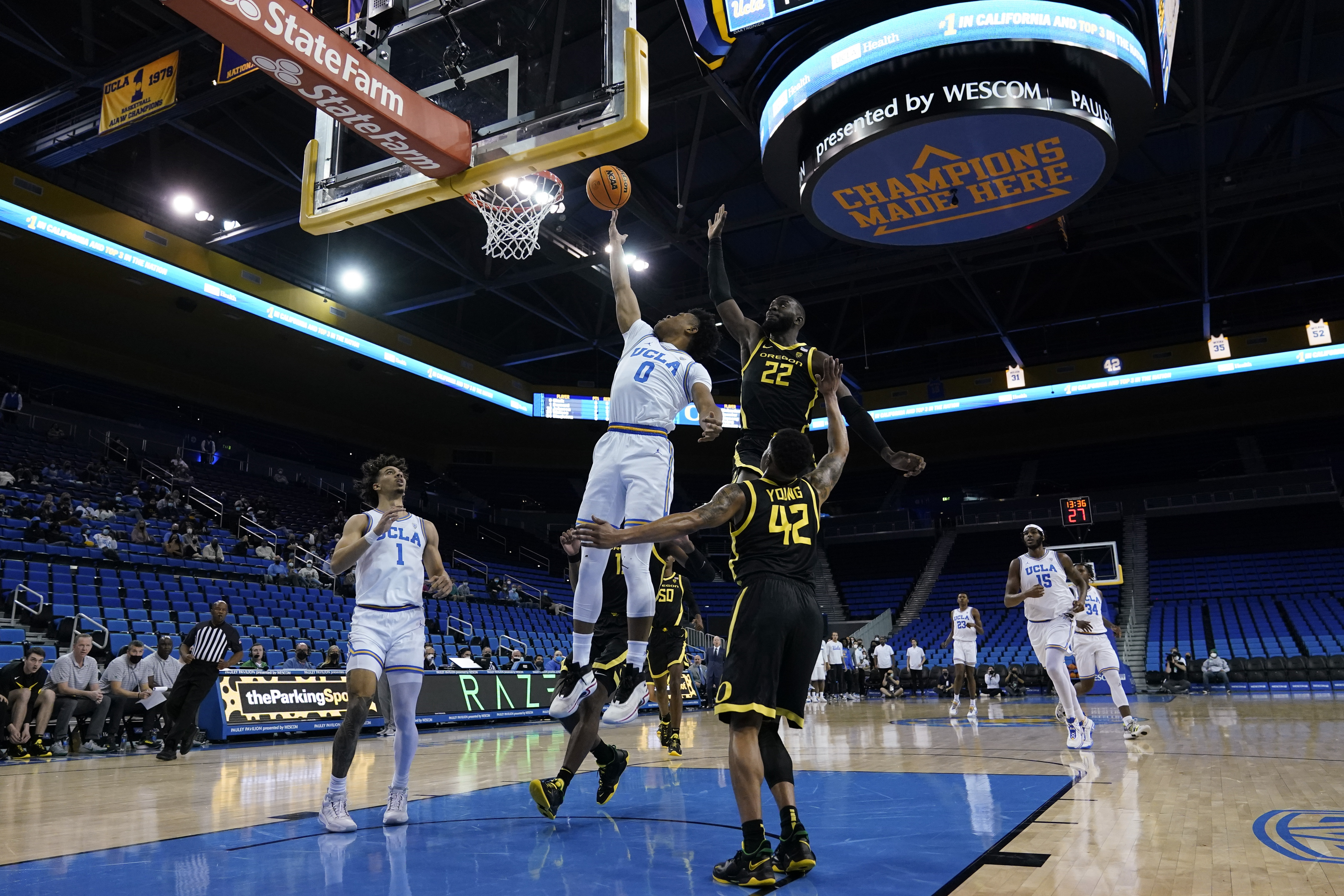 UCLA guard Jaylen Clark (0) shoots against Oregon center Franck Kepnang (22) and guard Jacob Young (42) during the first half of an NCAA college basketball game in Los Angeles, Thursday, Jan. 13, 2022. The arena was empty, except for family members of players due to the spread of COVID-19. (AP Photo/Ashley Landis) 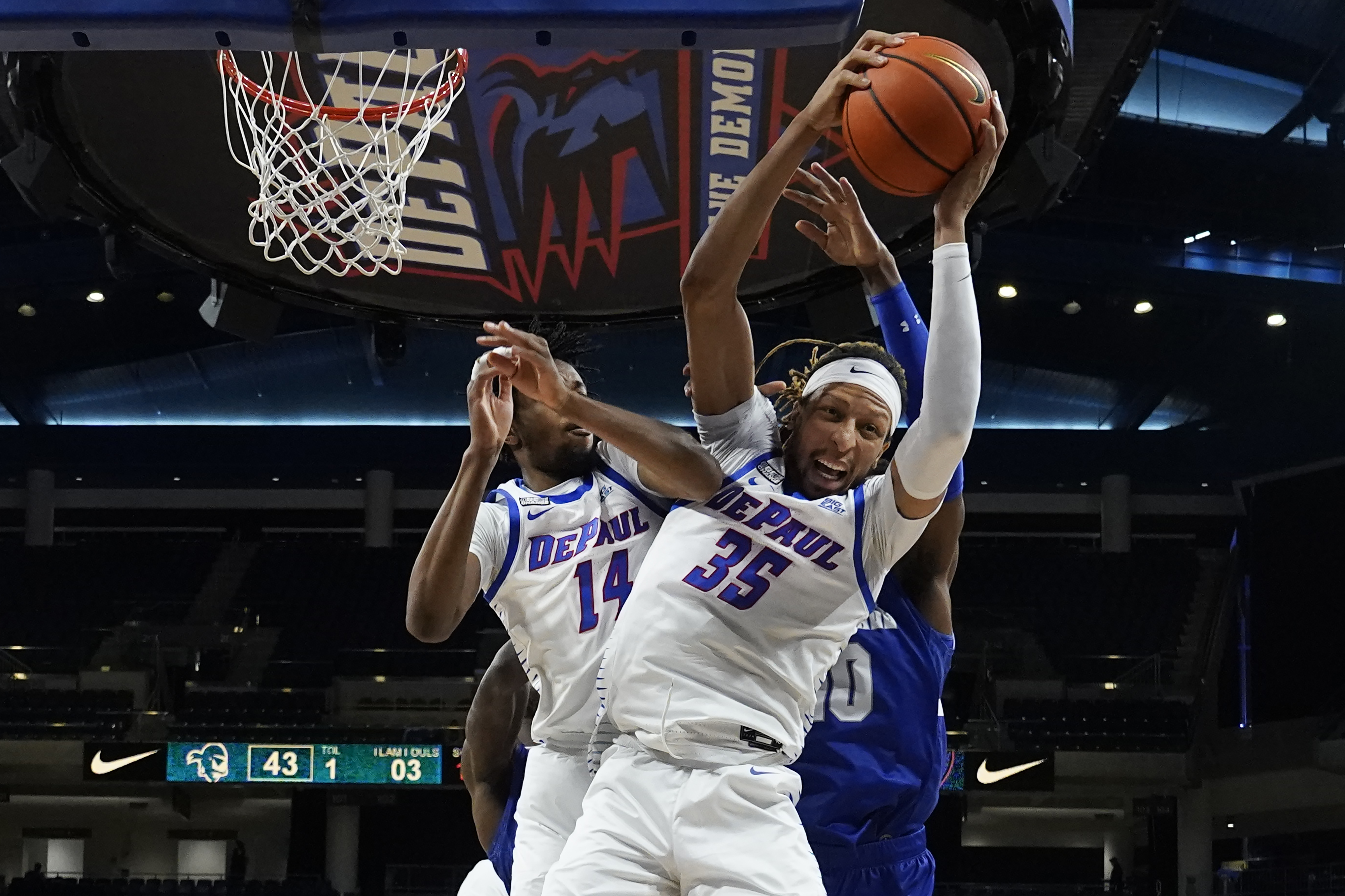 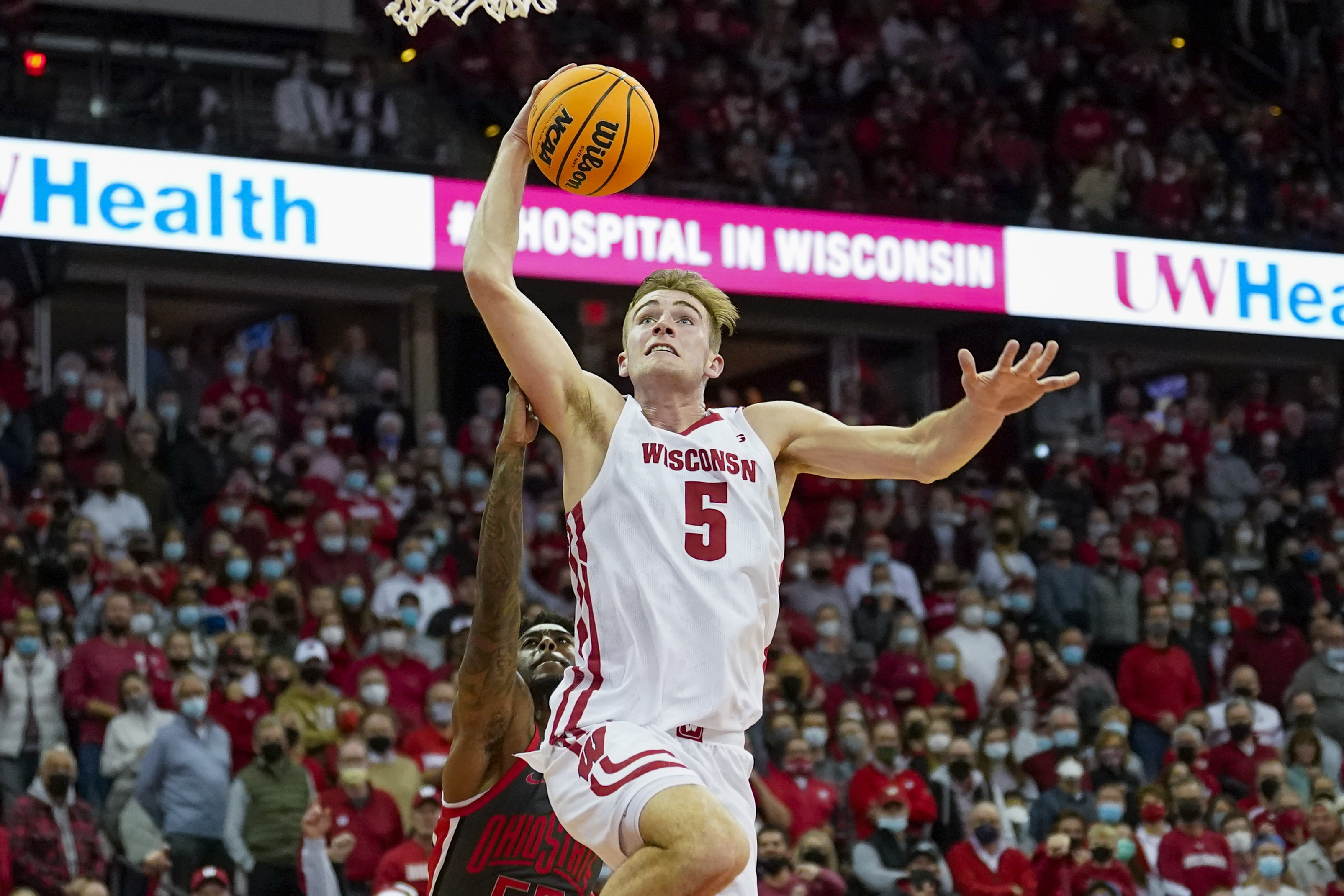 Wisconsin's Tyler Wahl (5) goes up for a layup against Ohio State's Jamari Wheeler (55) during the second half of an NCAA college basketball game Thursday, Jan. 13, 2022, in Madison, Wis. Wisconsin won 78-68. (AP Photo/Andy Manis) 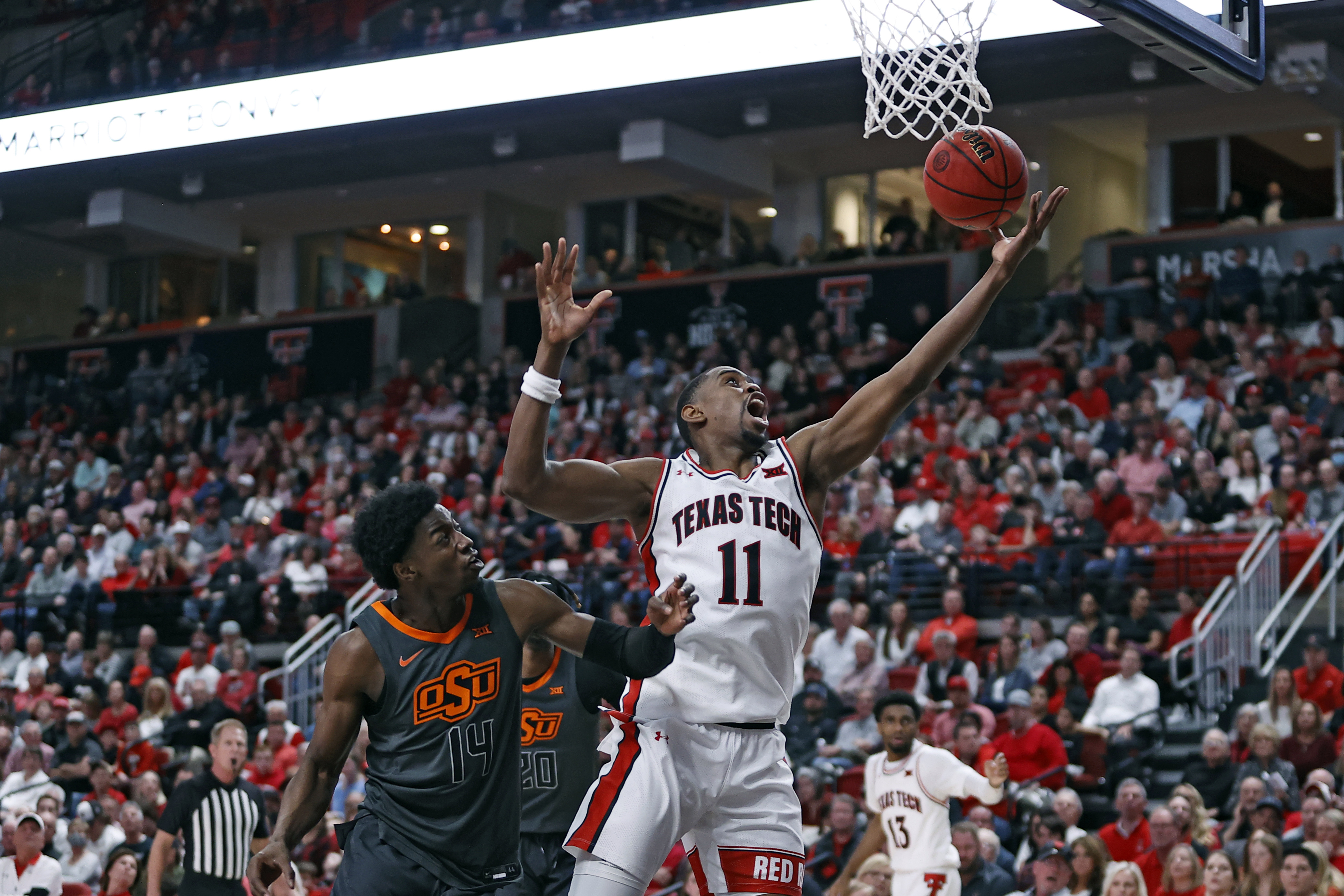