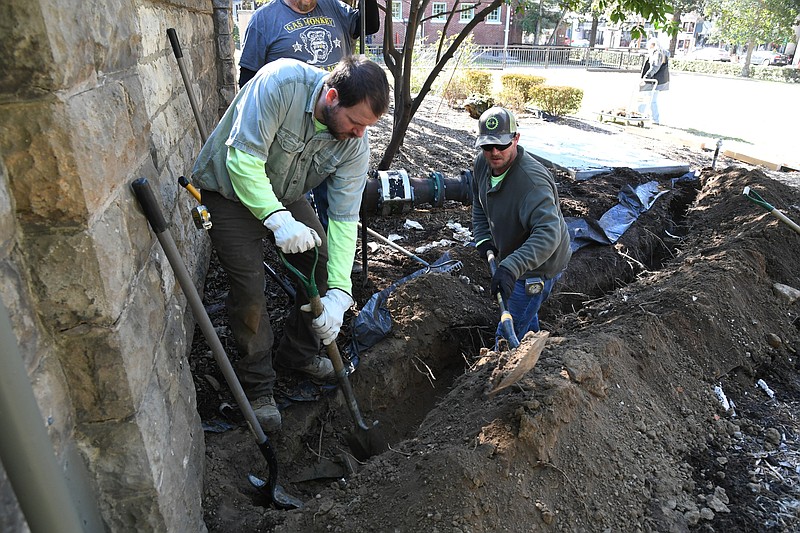 Workers dig a trench on Arlington Lawn in Hot Springs National Park on Wednesday to install a new backup generator. - Photo by Tanner Newton of The Sentinel-Record

With the installation of a new backup generator on Arlington Lawn this week, Hot Springs National Park's iconic water will continue flowing regardless of power outages.

Workers with the National Park Service dug a trench and placed the car-sized generator on Arlington Lawn on Wednesday. Since the area is a historic archaeological site, the digging had to be supervised. The park's archaeologist, Victoria Reichard, would normally supervise, but she was unavailable so park museum curator Tom Hill filled in.

"We are installing a backup generator for the cold-water station, for the area that cools off the water before it goes in the cold water holding tank," Hill told The Sentinel-Record.

"So if the power goes off, the thermal water system will have this generator that will kick on and keep the water flowing, so even if we are without power, everybody will still have access to the water and the system won't be off."

Power issues have happened before, Hill said. "If the power goes off, the pump stops, so the water stops flowing. The water still comes out of the ground, that doesn't stop, but being able to move it around where it needs to be for the people calling for it -- if the pumps can't run, then they can't get their water."

"It's not really cold, it's just not as hot as the thermal water, but then that's the hot and cold that comes out of the tap when you're in a bath house."

He said getting to watch for artifacts as the workers dug up the ground was fun for him, but also necessary to make sure history isn't lost.

"I'm up here, because they're hand-digging this trench, as part of our Section 106 compliance, so we are to have an archaeology monitor survey the work that's being done in case they dig up anything," he said.

Since Hill is not an archaeologist, he preserved everything man-made that was dug up so Reichard could inspect it when she returns.

"And since I don't know what's historic -- it might just be construction debris -- we're gathering up everything they're coming up with, like brick and floor tiles, stuff like that, and then we'll figure out what it is by looking at it after we clean it up," he said.

"Because of all that construction activity and all that human activity on this site, it's an archaeological site," Hill said.

"We found floor tiles and burned brick and all sorts of things from the previous buildings that were here, so anytime we're digging in this site, we have to monitor the digging," he said.

"Usually Tori gets all the fun of getting out in the ditch and seeing what they're digging up, as it's happening, and then after she cleans, she catalogs it and puts it in the collection. I don't see it until it's in a box in a cabinet somewhere, so it's fun to be out here and find it right on-site, as it's happening."

The new generator will be a good thing for the park and the community, Hill said, "because you don't want the hot water system to go off, if the power should stop at any part of the system, then the users, wherever they are that are using the thermal water, whether it is at the jug fountains or wherever, don't have access to the thermal water, so we're ensuring that at least this part of the system will still work." 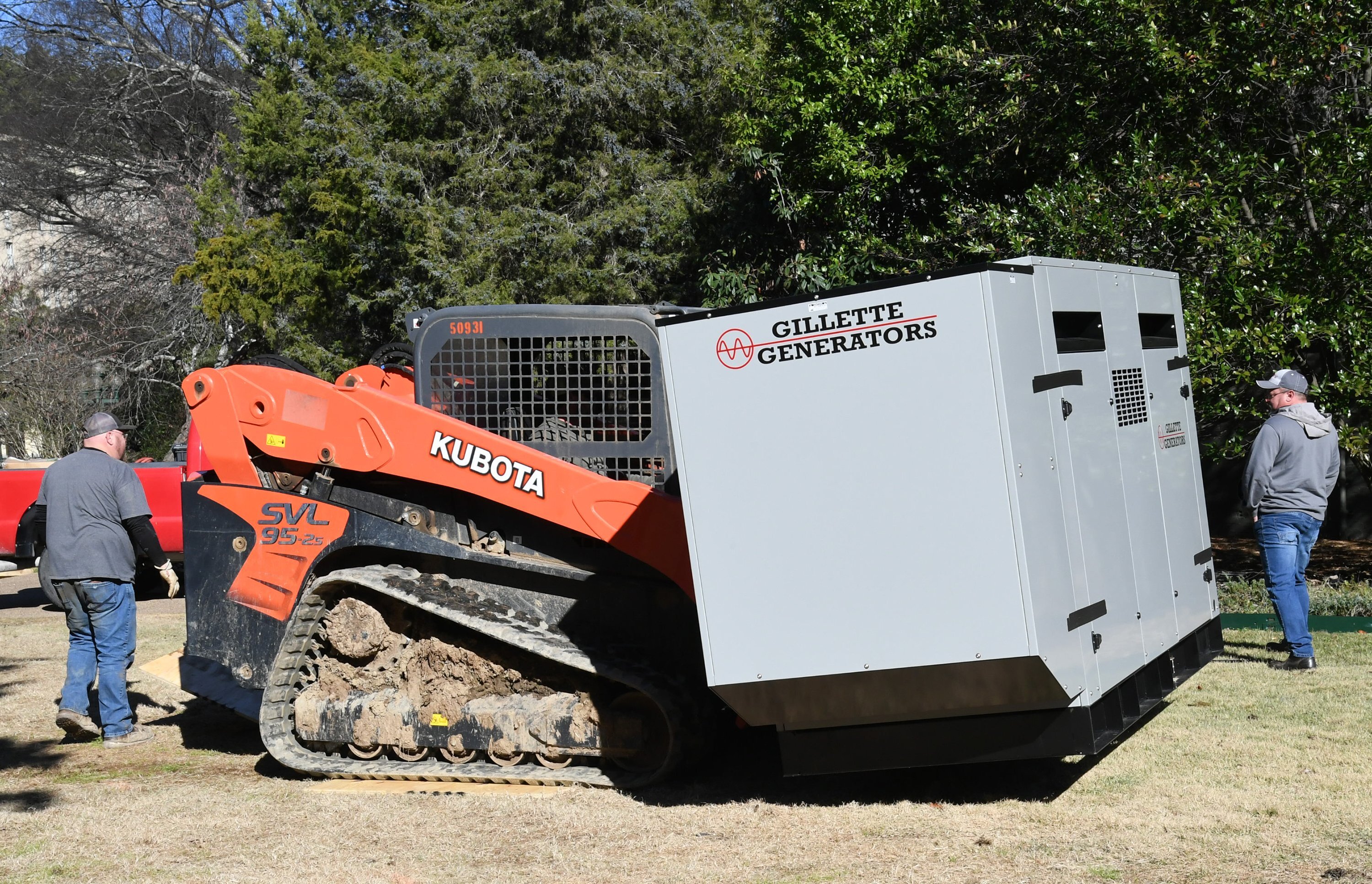 Workers haul a new generator onto Arlington Lawn in Hot Springs National Park on Wednesday. - Photo by Tanner Newton of The Sentinel-Record