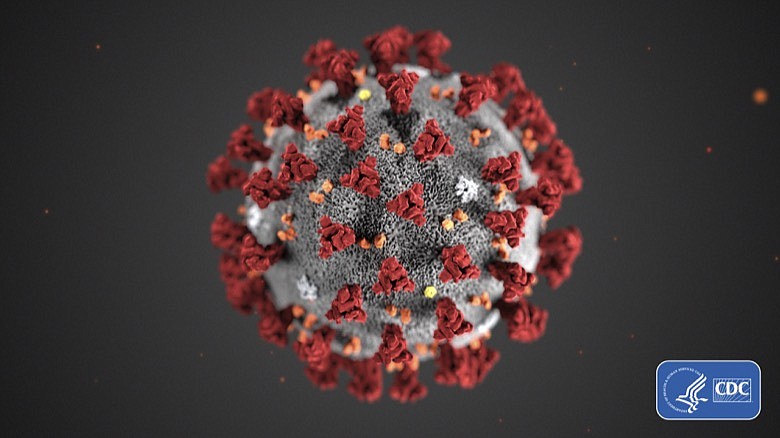 This illustration provided by the Centers for Disease Control and Prevention (CDC) in January 2020 shows the 2019 Novel Coronavirus (2019-nCoV). (CDC via AP, File)

The infection curve fell for the third time in 29 days Thursday despite new infections reaching five figures for the second straight day.

Wednesday's record number of new reported infections ended two days of declines in the rolling seven-day average of new cases, but the moving average has fallen 6% from Sunday's peak.

Hospitalizations rose 3%, peaking for the third straight day, and active cases peaked for the second time in five days, rising 870% since Christmas. More than 3% of the state's population of more than 3 million has an active infection.

The county's active case count fell for the third time in four days. Almost 2% of the county's population of more than 100,000 has an active infection.

Gov. Asa Hutchinson will hold his weekly pandemic update today at 1:30 p.m. He plans to discuss the surge in hospitalizations.

As a service to our readers, The Sentinel-Record publishes updates released by the city of Hot Springs and the state of Arkansas.

The Arkansas Department of Health is no longer reporting confirmed and probable cases separately. The following stats were posted Thursday on the Health Department's website:

• 187 cases on ventilators, up five from Wednesday.

• 403 ICU patients, down two from Wednesday.