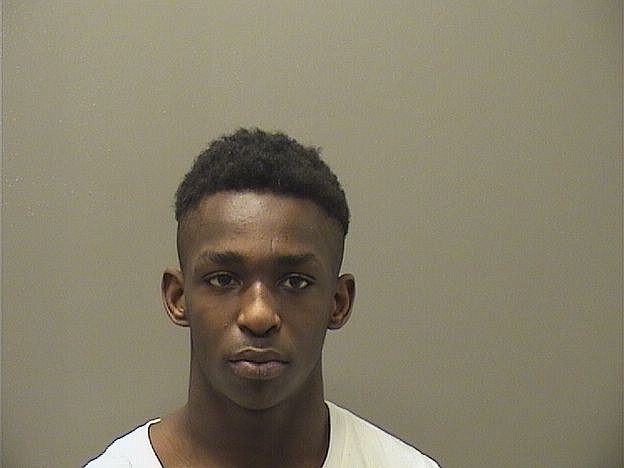 A local teen already in custody on multiple charges from a 2018 incident was served Tuesday with multiple felony warrants stemming from allegations he fired a gun several times into an occupied apartment in 2020.

Zorel Quincy James Tilson, 19, who has been in custody on other charges since March 4, 2021, is now charged with five counts of committing a terroristic act, each punishable by up to 20 years in prison. He is set to appear today in Garland County District Court on the charges with a zero bond set.

According to court records on his March 4 arrest, Tilson was charged with aggravated robbery, simultaneous possession of drugs and firearms, possession of marijuana with purpose to deliver, possession of drug paraphernalia, theft by receiving of a firearm, theft of property and fleeing in connection with an incident on Dec. 16, 2018, where he allegedly robbed a man, 39, at gunpoint, taking money and his cellphone, and was found in possession of a stolen gun and drugs after fleeing from police.

Tilson was initially held on a $25,000 bond, but on March 5 the court increased his bond to $500,000. At the request of Tilson's attorney, on April 5, the bond was lowered to $200,000 and then on May 18, it was lowered again to $125,000. Attorneys also attempted to have the case moved to juvenile court, but on July 26, Garland County Circuit Court Judge Ralph Ohm denied the motion, noting Tilson had a long history of charges in juvenile court prior to the 2018 incident.

According to the probable cause affidavit on the new charges, on Dec. 26, 2020, shortly after 9 p.m., Hot Springs police responded to an apartment in the 700 block of Spring Street regarding a shooting that had just occurred.

Officers spoke to a female victim who stated she was inside her apartment with her daughter when a known suspect, identified as Tilson, knocked on her door.

She said she "slightly opened" the door and Tilson asked for a male subject. She said she told Tilson the man he asked about was not there, but he continued to ask for him.

At one point, Tilson asked if he could come in and use the restroom and she told him no and closed the door.

Moments later, she said she heard multiple shots fired into her apartment. She said she knew it was Tilson who had fired because she saw him holding a handgun while she was at the door.