Teen with history of attacks on family, animal cruelty facing another charge 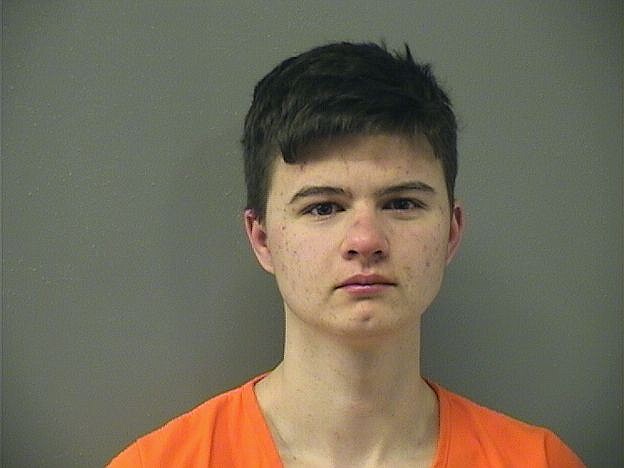 A Bonnerdale teen convicted last year of a felony for torturing the family's cat and misdemeanors for attacking his father and sister was arrested again Monday night for allegedly attacking his 15-year-old brother.

Jeb Stuart Williams, 19, of 3607 Old Dallas Road, was taken into custody at his residence around 6:15 p.m. and charged with third-degree domestic battery, a misdemeanor punishable by up to one year in jail. He remained in custody Thursday on a zero bond and is set to appear today in Garland County District Court.

According to court records, Williams was previously convicted on Dec. 6, 2021, of a felony count of aggravated cruelty to a dog, cat or horse, punishable by up to six years in prison, and two misdemeanor counts of second-degree assault on a family or household member and was sentenced to six years' probation.

He had previously pleaded no contest on April 15, 2021, to misdemeanor counts of theft of property under $1,000, amended from a felony count of fraudulent use of a credit card, and obstructing government operations and was sentenced to one year in jail, with all but 17 days suspended, and one year of probation.

He was also accepted to an unspecified Teen Challenge program, but it was noted it was the third time for Williams to enter the 10-month program because he walked off the last two times. Teen Challenge officials stated they would accept him, but if he left a third time he would not be accepted back into the program.

According to the probable cause affidavit on Monday's arrest, around 6 p.m., Garland County sheriff's Deputy Chandler Overton was dispatched to the Old Dallas Road residence regarding a disorderly person. Overton was notified while en route that another deputy had been to the same residence less than an hour earlier for a domestic disturbance.

In the earlier report, Williams' father was reportedly attempting to remove Williams from the home when he reportedly became aggressive and attacked his parents.

Williams' younger brother, 15, attempted to step in and protect his parents and Williams allegedly punched his brother multiple times in the face, causing redness and an injury to the side of his face. The brother also had scratches on the back of his neck from the altercation.

Upon arrival, Overton made contact with Williams' father, 57, who confirmed Williams had attacked his younger son. Williams was located at the scene and taken into custody.