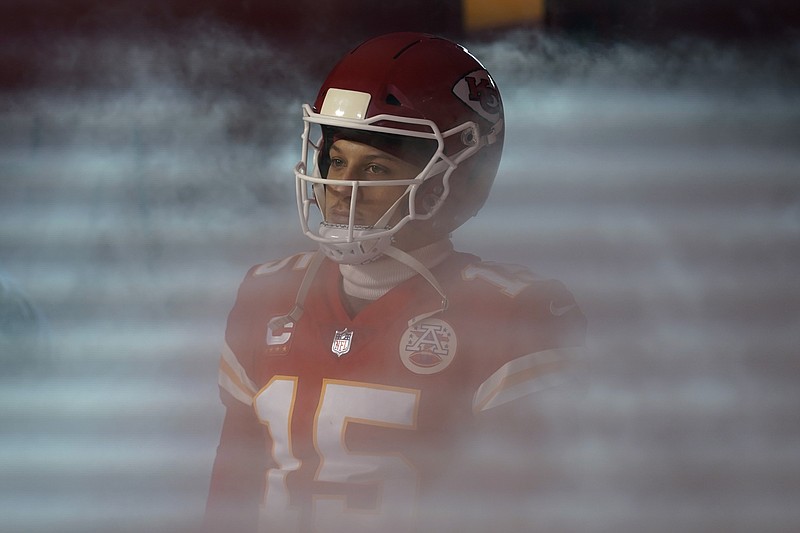 One refrains from using comparative or superlative terms in sports -- such people gave us GOAT, Greatest of All Time -- but exceptions are allowed when discussing the last game of the National Football League's divisional playoffs.

Read no farther if you taped the game for future viewing. Even if you didn't watch it all or caught only the fourth quarter and overtime, Kansas City vs. Buffalo goes on the short list of sporting epics.

By any standard, it qualifies as an instant classic. From a Kansas City fan's perspective, it ranks with the Monday-nighter at Denver's Mile High Stadium that saw quarterbacks Joe Montana and John Elway near their Hall of Fame peaks. The outcome should forever numb the pain of the Christmas 1971 double-overtime loss to Miami in the last NFL game ever played at old Municipal Stadium. In Kansas City sports history, it deserves equal billing with Game 6 of the 1985 World Series, and please forgive this St. Louis Cardinals fan for not exhuming that body.

For every winner exists a loser, of course, and just when you think the Buffalo Bills and their fans have suffered enough, this happens. The anguish felt over four straight Super Bowl losses reached greater extremes. Unlike Scott Norwood in SB 25 against the Giants in 1991 -- the one that Whitney Houston brought fans to tears singing the national anthem -- the other guy's late field goal didn't go wide. And, Josh Allen joins the lists of Buffalo quarterbacks denied in big games.

Before any more time passes, let us insert the final score. Kansas City 42, Buffalo 36 in overtime, sending the Chiefs to their fourth consecutive AFC championship game.

Star of the game? Patrick Mahomes, of course, who when not making State Farm Insurance commercials brings the Chiefs to the brink of a third straight Super Bowl, beating San Francisco two years ago. No. 15 in the red jersey completed 33 of 44 passes for 378 yards and three touchdowns, including the eight-yard game-winner to tight end Travis Kelce after 4:15 of overtime. A 64-yard strike to Tyreek Hill with 1:02 left in regulation put the Chiefs ahead 33-29 during a 25-point outbreak in the last 1:54.

For all that, Mahomes nearly got saddled with the loss. Allen was no less heroic, 27 of 37 for 329 yards and four touchdowns, plus a two-point conversion to Stefan Diggs that forced the Chiefs to kick a field goal in -- all together now, class -- the last 13 seconds.

Here, Kansas City coach Andy Reid, whose time management has come under fire over the years, had guardian angels on his team. Buffalo coach Sean McDermott, perhaps thinking KC's only chance came on a long return, watched the kickoff sail out of the end zone, setting the Chiefs up at their 25 with three timeouts left but, still, only 13 seconds.

If not forcing Kansas City to handle a kick and kill some time was not head-scratching enough, the Bills left themselves open for additional second-guessing after Mahomes passed 19 yards to the Chiefs' 44, leaving eight seconds. Each team called a time-out before Mahomes, like Len Dawson might have done with Otis Taylor years ago, found his go-to guy, Kelce, over the middle for 25 yards to the Buffalo 31. Three seconds left, allowing the Chiefs to bring on Harrison Butker, who from 48 yards nailed his third field goal of the night.

A Bills fan must have known Buffalo would lose the coin toss in overtime and not get the ball back. Sure enough, Mahomes completed all six passes in an eight-play drive of 75 yards, hitting Kelce in the back corner of the end zone to send Chiefs fans in orbit. Kansas City people experienced the flip side of the overtime rule in the 2020 AFC title game against New England, in which the Patriots won the toss and Tom Brady took care of the rest.

People can argue all they want about the wisdom of a rule that penalizes a team for losing a coin toss. That does not absolve the Bills, of course, for not stopping the Chiefs when needed. One should take in mind the physical toll these players undergo in games lasting almost four hours; if not careful, these games can become virtual dance marathons, like the 2003 Arkansas-Ole Miss college game of seven overtimes, in which one expected Gig Young (from "They Shoot Horses, Don't They") to shout "yowza, yowza, yowza" between plays.

Thus completed a NFL playoff weekend that exceeded its billing, and then some. Kansas City proved the only home winner after three road teams prevailed, each on a game-ending field goal. This leaves us Cincinnati at Kansas City (AFC) in Sunday's early conference championship and San Francisco at Los Angeles Rams (NFC) in the late game. You're in luck if you like ex-Southeastern Conference quarterbacks with Joe Burrow (Bengals, LSU) and Matthew Stafford (Rams, Georgia) still playing. Ex-Razorback linebacker Dre Greenlaw plays for the 49ers, who can prevent the Rams from hosting Super Bowl LVI in two weeks at SoFi Stadium.

A friend in Louisville, Kentucky, may be interested to know that the Super Bowl site rests on the former Hollywood Park racetrack in Inglewood. Or not. A passionate racing fan with little apparent interest in football, she flipped the channels Sunday night, saw Buffalo and Kansas City playing on CBS and said, "Geeze this is still on?"