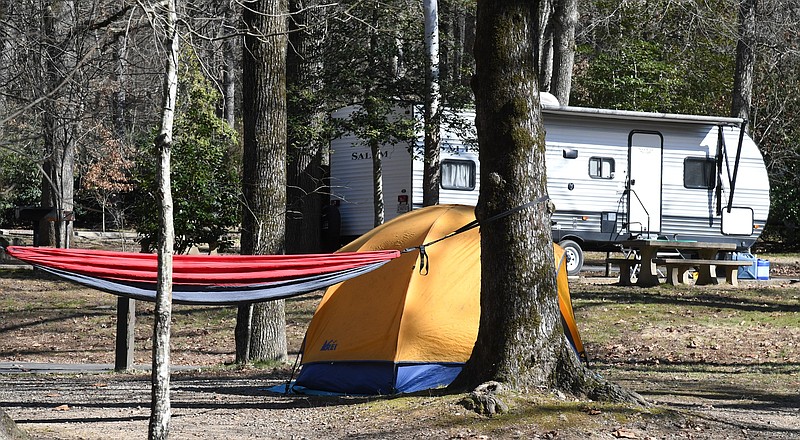 Tents and campers occupy campsites at Gulpha Gorge Campground Wednesday. Beginning Feb. 1, the sites will be reservable for the first time. - Photo by Tanner Newton of The Sentinel-Record

"Gulpha Gorge Campground is moving to a reservable system for all 44 of our sites on recreation.gov," Ashley Waymouth, supervisory park ranger, said Wednesday.

Campers can begin making reservations on Feb. 1 by visiting http://www.recreation.gov, visiting the park's camping page on the website, or by calling 877-444-6777.

This will be the first time in the park's 98-year history of maintaining the campgrounds that it will use a reservation system.

Waymouth said the change has come about "mostly because of the changing times, I suppose."

"A lot of times, we noticed that visitors that traveled here from out of state, or who have a spontaneous family vacation planned, when they come to get a spot -- especially in the summer or our busy season -- it's often very difficult," she said, "The whole campground will be full by 10 a.m."

The sites filling up is "very common. Most of the year, Gulpha Gorge Campground is pretty full," Waymouth said

"By enabling people to make reservations in advance, this will provide a sense of solace and security as they plan their trip, they know they will have a place to stay when they arrive," she said.

"The land itself has been here, obviously, for quite some time, but Hot Springs National Park has managed Gulpha Gorge Campground since 1924, so for 98 years, and during that entire time, it's always been on a first-come, first-serve basis, so this is the first major change we've made in that respect."

Waymouth said she hopes the change improves visits to the campgrounds.

"I do hope it provides a sense of security for people as they plan their trips. I know in the visitor center, a lot of the phone calls we get are about how feasible it might be to get a site at Gulpha Gorge, and people are often anxious or worried, and when they don't get a site, since they aren't familiar with the area, we have to guide them and help them to find a new place to stay," she said.

"So with a reservable system, it enables you to make a reservation up to six months in advance, so I am hopeful that a lot of people will see this a good thing and a better way to help them plan their future and their upcoming travels," she said.

While reservations are now an option, they are not required, she said. "You can still try to get lucky, but you will still have to purchase your site on recreation.gov," or by calling the reservation number.

Those wishing to camp at the campgrounds can stay for 14 consecutive days, but no more than 30 days total in a calendar year. Waymouth said Gulpha Gorge "accommodates both RVs and tents."

"We allow eight people maximum per campsite, and that can be with two vehicles, an RV and a tent or two tents," she said, "All of the sites are paved and they all have water, sewer and 30 and 50 amp electric."

"With the change of making Gulpha Gorge fully reservable, the campsite prices are now $34 a night, but if you have an inter-agency senior or access pass, that does cut the cost in half to $17 a night," Waymouth said.

According to the park's website, camping is currently $30 per night.

Information on each campsite, including maps and photos, will be available on recreation.gov, as well as on the park's camping page, http://www.nps.gov/hosp/planyourvisit/campground.htm

EDITOR'S NOTE: This article has been updated to correct the reservation phone number, which was incorrect in the initial news release. 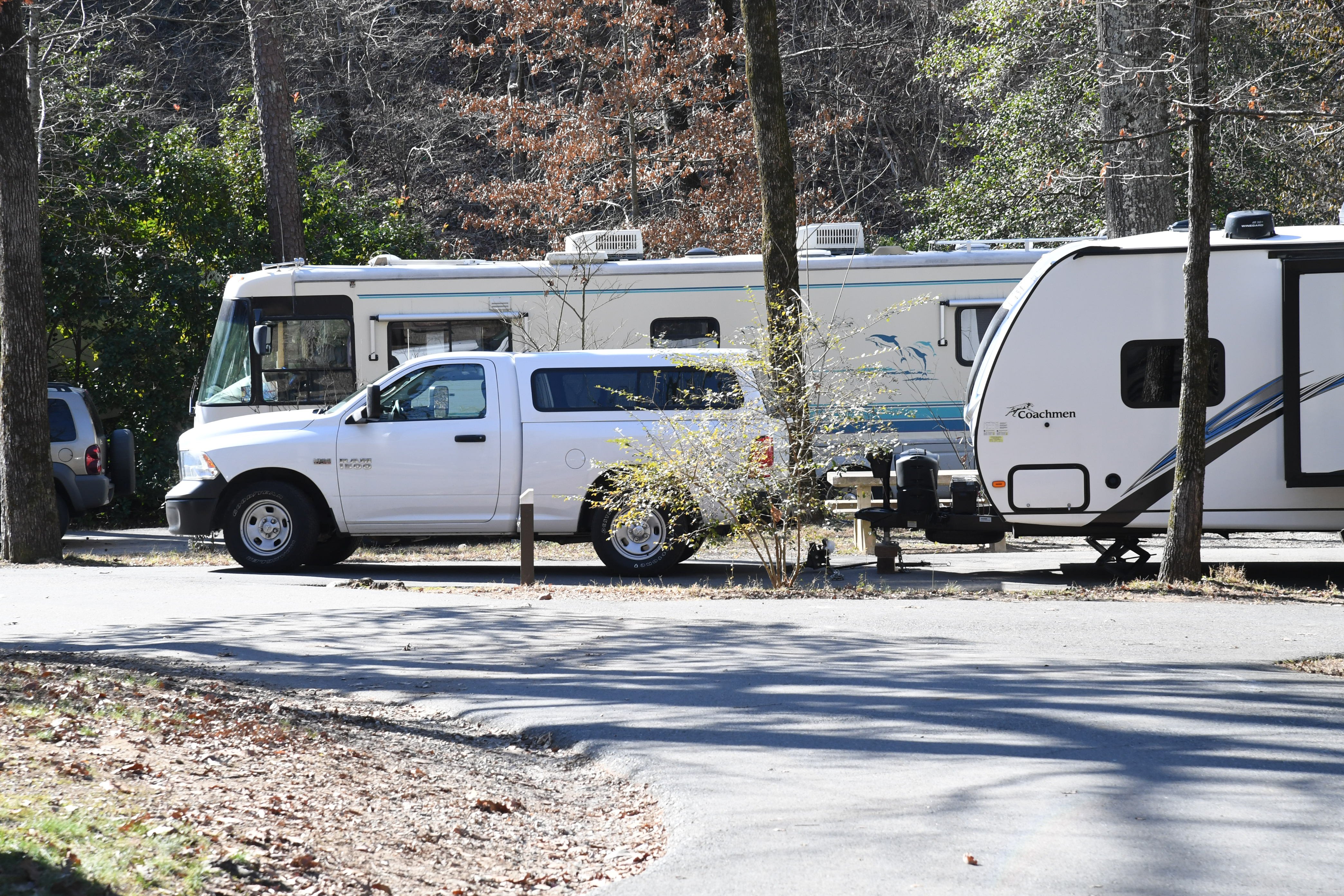 Campers and RVs fill spaces at Gulpha Gorge Campground on Wednesday. - Photo by Tanner Newton of The Sentinel-Record