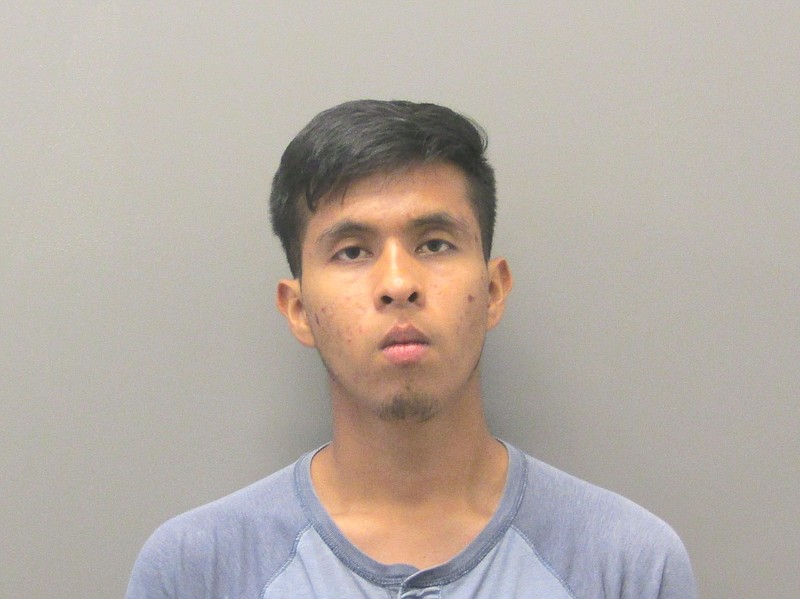 A local man was sentenced Friday to 18 years in prison for the rape and second-degree sexual assault of a 14-year-old girl following a three-day trial in Garland County Circuit Court.

A seven-man, five-woman jury found Serafin Ramirez Bahena, 22, who lists a Holy Spirit Loop address, guilty of both counts after two days of testimony and about 50 minutes of deliberations Thursday evening.

The jury returned Friday to hear more testimony during the sentencing phase and after about 35 minutes of deliberation, recommended a sentence of 12 years in prison on the rape charge and six years on the sexual assault charge, which Judge Marcia Hearnsberger ran consecutively for a total of 18 years.

Deputy Prosecutor Caitlin Birrell, who represented the state at trial along with Deputy Prosecutor Mallory Floyd, noted under sentencing guidelines Bahena will have to serve 70%, or about eight years, on the rape charge.

Tyler Tapp, Bahena's attorney, had conceded Bahena's guilt on the sexual assault charge during his closing remarks, but argued for the jury to find him not guilty on the rape charge, Floyd said.

She said Bahena, who was 19 at the time of his arrest on the charges on Aug. 3, 2019, had admitted to the allegations when questioned by Garland County sheriff's investigators.

According to the probable cause affidavit, sheriff's investigators received a report on July 31, 2019, regarding sexual contact with a 14-year-old girl by a known suspect, identified as Bahena.

That same day, Bahena was interviewed at the sheriff's department by Investigator Jennifer Tonseth and admitted to raping the victim a couple of months earlier. He also stated that on other occasions he had touched her on her buttocks, breasts and privates "when she was flirting with him."

The next day, the victim was interviewed at the Cooper Anthony Mercy Child Advocacy Center and stated that since she was 7 years old Bahena had fondled her, mostly during the summer when he was babysitting her.

She stated that on June 6, 2019, he raped her while he had his hand on her throat. She said about a week before the interview he had fondled her breasts while she was at his residence.

A warrant for Bahena's arrest was issued and he was taken into custody on Aug. 3 and a court order barring him from contact with the victim was issued. He pleaded not guilty to the charges in Garland County District Court on Aug. 5 and was released on $100,000 bond on Aug. 6. The case was bound over to circuit court on Oct. 7, 2019.