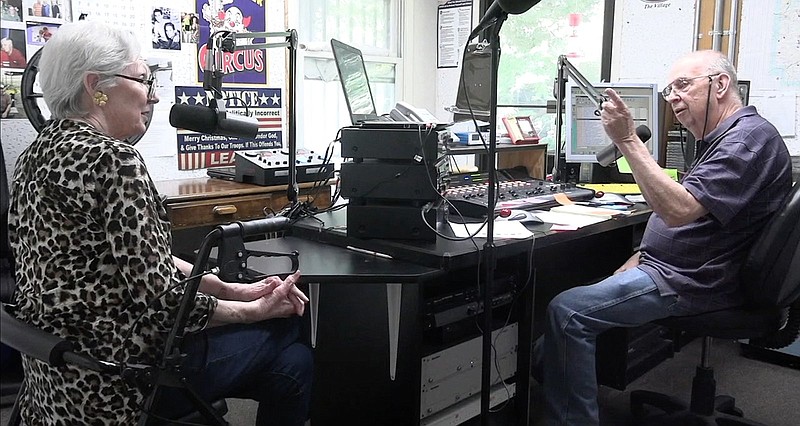 Polly Nichols, left and Scotty Mack talk during “The Scotty and Polly Show,” their live show on KVRE. – Photo by Courtney Edwards of The Sentinel-Record

More than 40 years of owning and operating three separate radio stations have not been long enough for Tom Nichols and his wife, Polly, who claim retiring is not on their agenda.

The couple currently own KVRE 92.9 FM, located at 122 DeSoto Center Drive in Hot Springs Village, which they established together. The two also host respective radio shows on the station. Tom hosts the "Ask Your Neighbor" show and Polly co-hosts the "Scotty & Polly Show" with the station's production manager, Scotty Mack.

The family business stands out among other radio stations, not only because of its lack of corporate conformity, but because the staff makes their listeners feel like friends, the owners said.

"We're kind of on a first-name basis with a lot of listeners," Polly Nichols said.

When asked what genre of music KVRE plays, it's tough to give an answer, they said. The station plays current hits as well as popular songs from the past decades going back to the 1950s.

There is now a KVRE app where one can listen to 92.9 from anywhere in the world.

"We were able to go ahead and find the world of the internet, as far as what that meant to us," Polly Nichols said. "Suddenly, we had callers from California. We had one phone call from China."

With experience as a general manager, now in his 63rd year in the radio/television industry, Tom Nichols and his wife decided to move into ownership in 1980, aiding in establishing the first station in Glenwood, KWXI AM.

Before the couple sold it, KWXI had a coverage range across the entire state of Arkansas, went into northeastern Oklahoma and northeastern Texas, he said.

After the AM station was introduced to Glenwood, the Nichols started an FM station as well, KWXE FM.

KVRE was established in the Village in 1994, now managed by Tom and Polly Nichols' daughter, Alice Bates.

Since the couple were in a partnership when they first established KWXI and KWXE, KVRE was the first station 100% owned by the Nichols family from the beginning.

"It was an interesting time for me because it was the first time that I lived apart from my husband," Polly Nichols said. "We'd had a station manager that had been selected. He'd hired them and suddenly, going on the air, she was gone. Well, somebody had to run this place and so I ended up with the job."

Polly Nichols managed KVRE alone for the first four years after it was established. She was interested in drama while in high school, but found herself in the radio entertainment industry after marrying her husband.

She initially received a drama scholarship from Texas Christian University, but stayed in Hot Springs because her mother was experiencing medical problems at the time, she said.

Originally, Tom Nichols was dating a friend of his wife's when the two first met. That friend introduced them and now they have been married for 55 years. 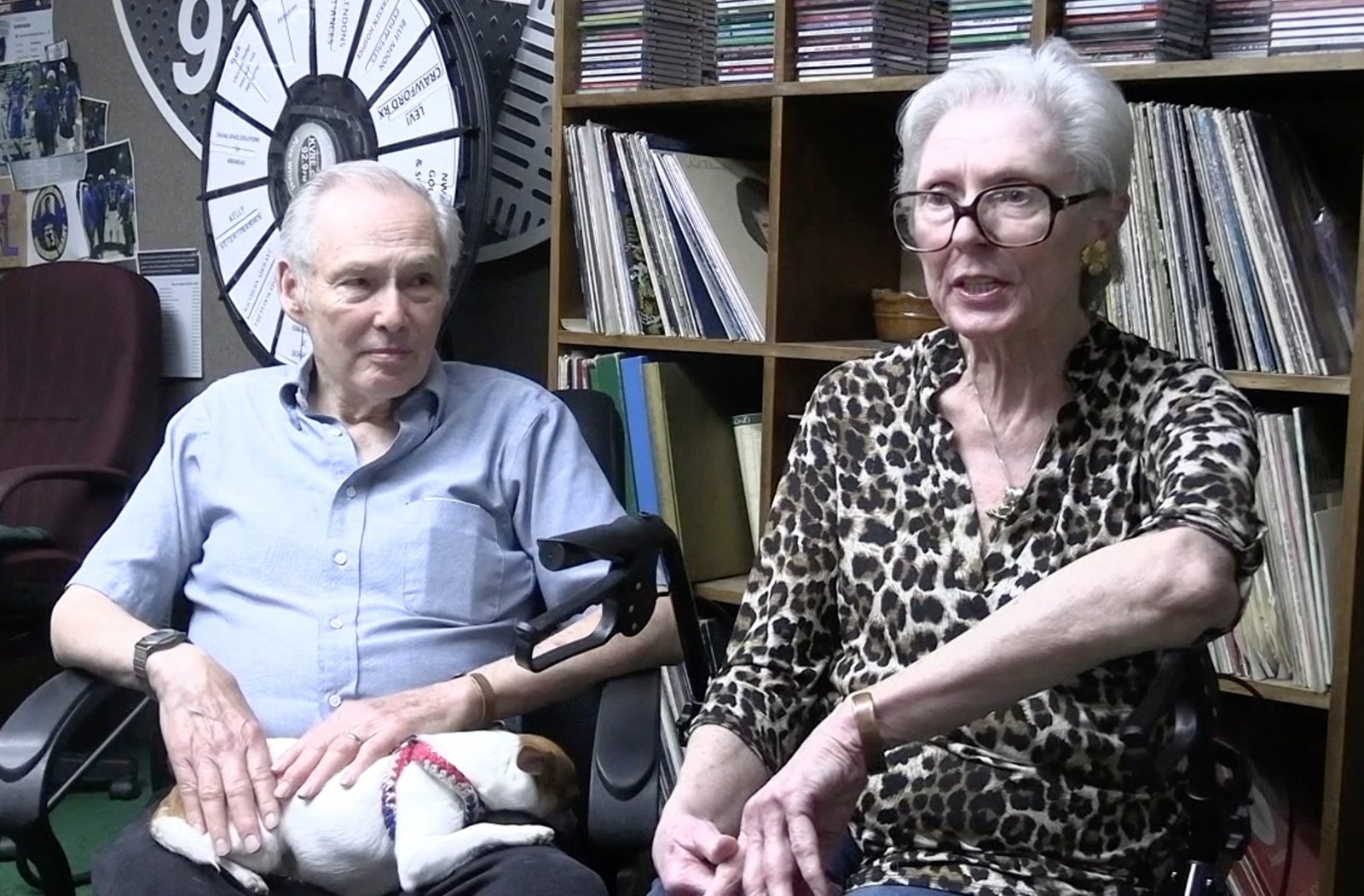 Owners of KVRE in Hot Springs Village, Tom Nichols, left, and Polly Nichols, discuss how they came to own three separate radio stations, including the first station in Glenwood. – Photo by Courtney Edwards of The Sentinel-Record 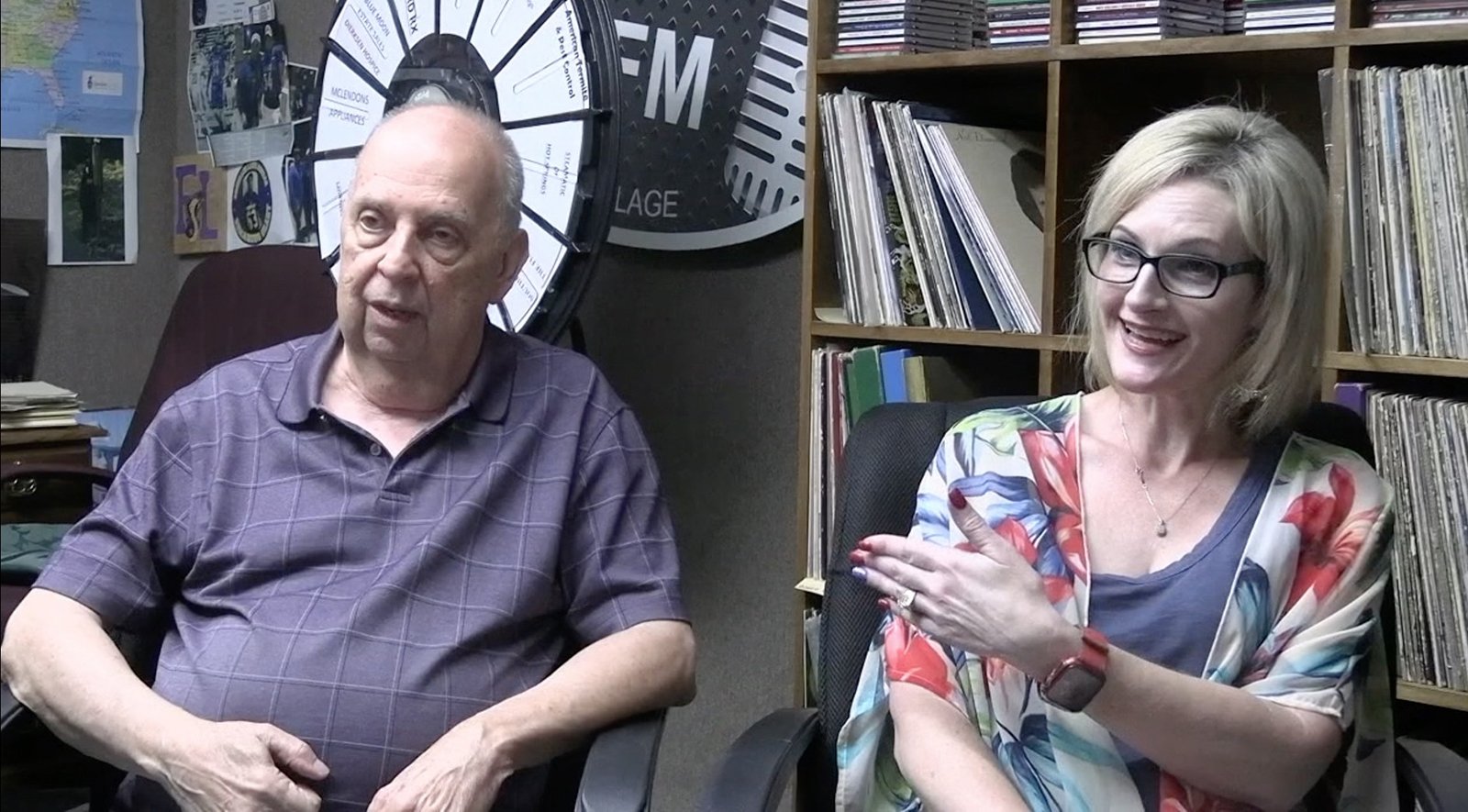 Family friend and production manager, Scotty Mack, left, and daughter of the Nichols and general manager, Alice Bates discuss their role in the family-owned radio station. – Photo by Courtney Edwards of The Sentinel-Record 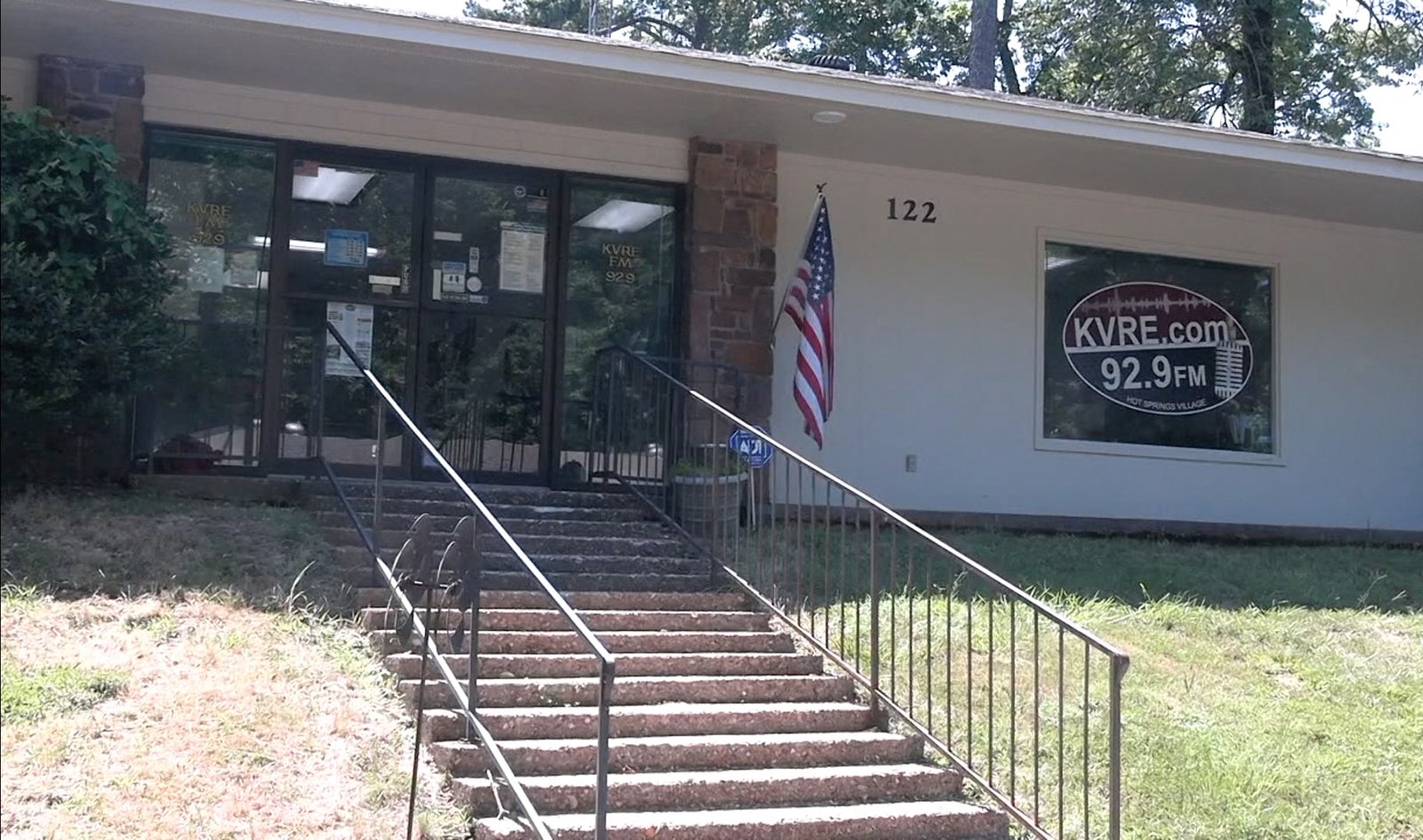 Opened in 1994, KVRE 92.9 FM is located at 122 Desoto Center Dr. in Hot Springs Village. – Photo by Courtney Edwards of The Sentinel-Record