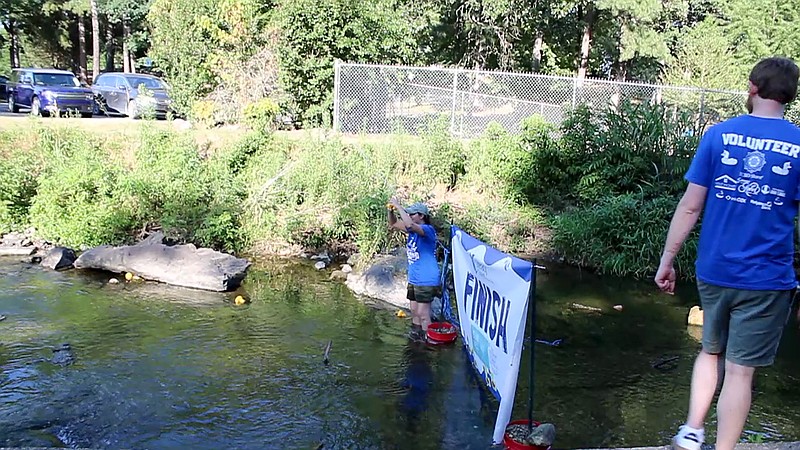 Literacy Council of Garland County Executive Director Sarah Richardson holds up the winning duck at the end of the organization's inaugural rubber duck race at Hollywood Park Friday. - Photo by James Leigh of The Sentinel-Record

Over 140 ducks were entered in the inaugural Literacy Council Rubber Duck Race held at Hollywood Park, and when the splashing was done, Dr. John Simpson earned the top prize.

The event was a fundraiser for the nonprofit organization that Literacy Council of Garland County Executive Director Sarah Richardson hopes will be "even bigger next year."

Simpson won a $250 prize from the event's sponsors for having his duck cross the finish line first, and Eric Blohm won a consolation prize from Jennifer Dotson at Farmer's Insurance as the "last duck" after his duck remained at the back of the pack after the start of the race.

Richardson said that idea for the event came from one of the organization's volunteers.

"One of our volunteers, she's from Paducah, Kentucky, and they have a huge rubber duck race there," she said. "And we were looking for something fun and different. That's where this sort of started."

Entries for the race were $10 per duck or $25 for three with all of the proceeds benefiting the Literacy Council.

"One hundred percent of it goes to support the Literacy Council and our programs for adults to learn to read, speak English as a second language, computer skills, basic math, and some health literacy as well," Richardson said.

Sponsors for the inaugural event were Your CBD Store, Adrianne Kahn Jewelers, Arkansas Logo Logic, Bank OZK, Post Homes and Relyance Bank. Jenn Bailey and Michael Dean of the KLAZ Breakfast Scramble were the emcees for the event, and Ross Rumore played "First Call" as the ducks were taken to the bridge over Hot Springs Creek. 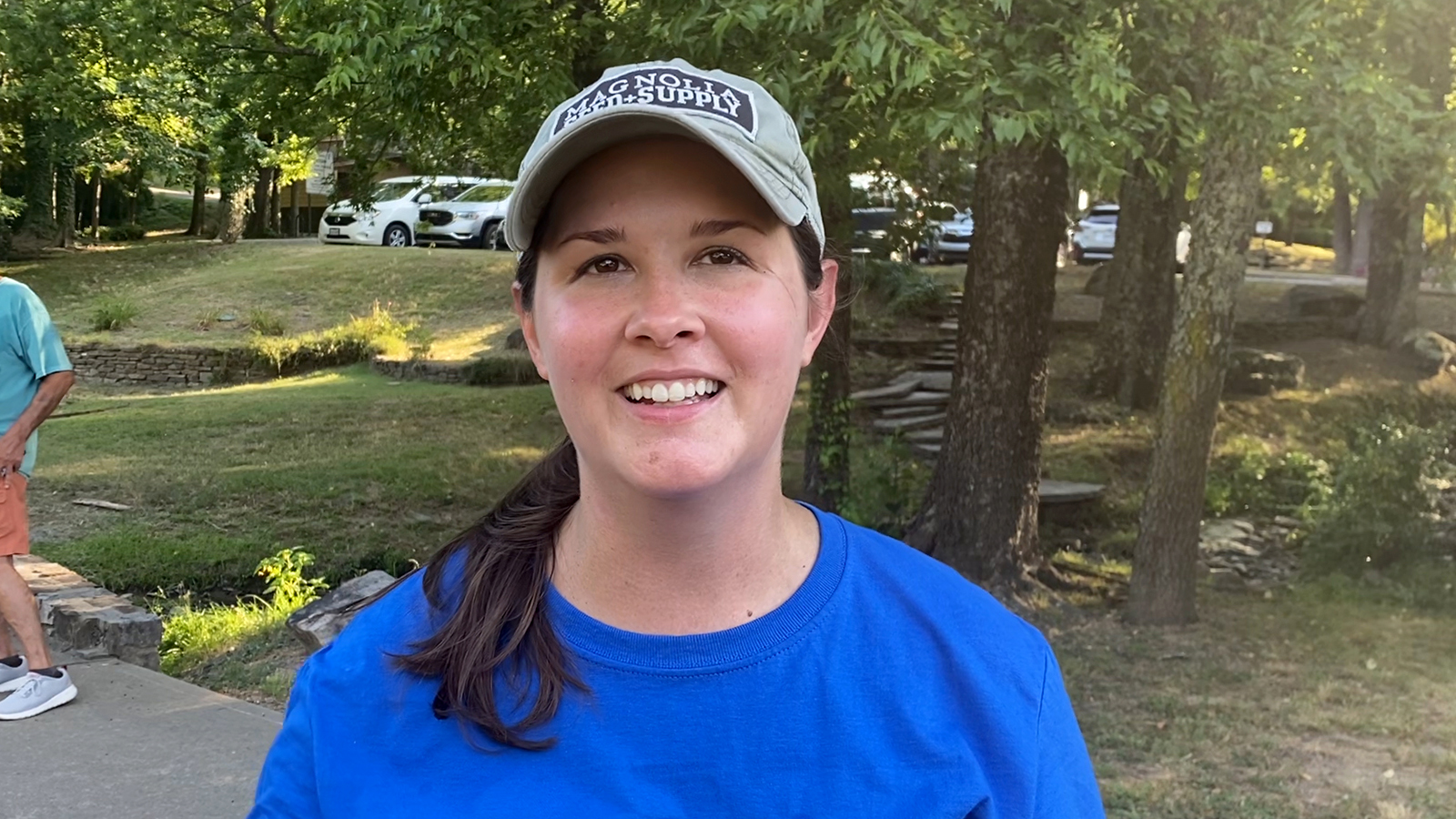