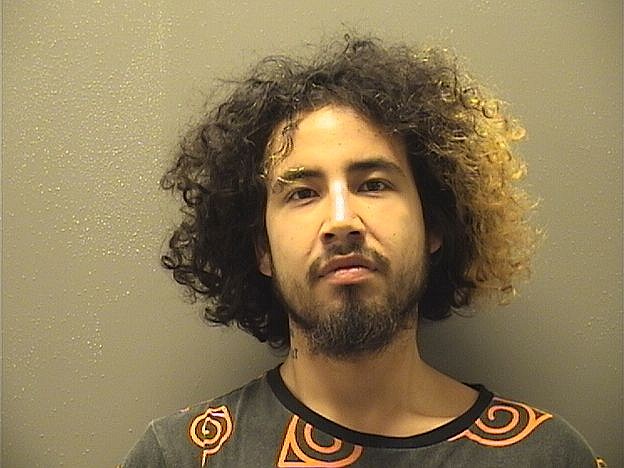 A local man on parole was arrested on a felony battery warrant Friday stemming from allegations he punched and beat his mother with a golf club five days earlier.

Simon Derick Hernandez, 22, of 105 Lowery St., was taken into custody at his residence around 2 p.m. and charged with second-degree domestic battery, punishable by up to 10 years in prison.

Hernandez was being held on a zero bond and was set to appear Monday in Garland County District Court. According to court records, he was convicted on Oct. 8, 2019, in Clark County of third-degree escape and on Dec. 2, 2019, in Perry County of theft by receiving and sentenced to six years in prison on each count, to run concurrently.

According to the probable cause affidavit, on July 10, shortly before 10:30 p.m., Hot Springs police responded to a residence on Chitwood Street regarding a battery that had just occurred.

Officers spoke with a woman who had blood covering her legs, hands and arms, with a 3- to 4-inch laceration on her right hand and a swollen pinkie finger that was causing her pain. She also reportedly had a swollen knot on the left side of her head and redness under her eyes and nose.

The woman said she had been arguing with her daughter, who struck her. She said the two were "physically struggling" when her son, identified as Hernandez, arrived and punched her.

She said she grabbed a golf club to defend herself and Hernandez took it away from her and struck her numerous times with the club, causing the injuries officers had observed.

Both Hernandez and the victim's daughter had left the residence before officers arrived and were not able to be located. A warrant for Hernandez's arrest was issued on Wednesday and he was arrested Friday.